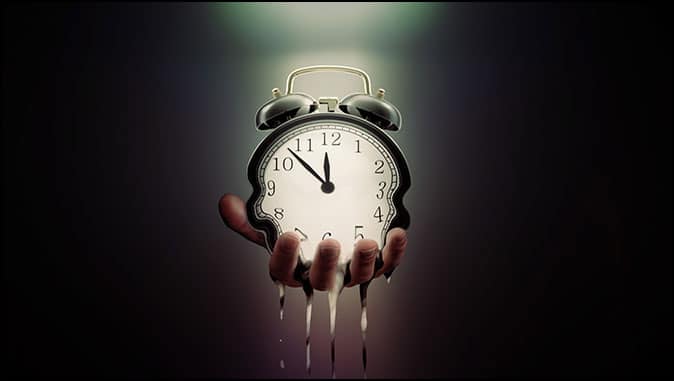 If We Never Meet Again Here
By Dennis Huebshman

The way this old world is turning around today, it won’t be much longer before people will disappear, and the remaining “society” will sink even lower. There’s an old TV beer commercial that has the line, “It doesn’t get any better than this”; and sadly that statement is very prophetic for earth’s future, and especially for those who will be left behind. (ESV – all emphasis mine)

The current pandemic is being used to regulate and control people in just about every aspect of our lives. When it appears that the “virus” has slowed a bit, and people start going back to whatever their “normal” was, a whole new strain is suddenly discovered. The new ones are said to be more contagious than before, and even those who have taken the “jab” will have to get re-vaccinated with even more potent serums that have not been thoroughly lab-tested, to be considered “safe”. I say serums because the word “vaccine” implies a healing or preventative measure. So far, nothing has been produced that will prevent anyone from being infected.

Before going any further, yes, I believe there really is a virus, and I also believe this COVID stuff is totally man-made. No, I don’t believe it has been here for just a very short year or so, as there are studies of just such a pandemic going back more than a decade. Those who are pushing the mask mandates, and also trying to make the injections mandatory, have been instrumental in trying to totally control all of us.

The phrase, “The Great Reset” has been used, and the reset is not for a return to normal. What is obvious for those who are a part of Jesus’ flock (all true believers), is that the “reset” is the prelude to the full implementation of the New World Order. We have already heard the call for a One World Government, and eventually, the One World Leader will appear. Today’s actions are to prepare for the arrival of that evil leader, also known as the final antichrist.

Prior to this being completed, God will remove all who have truly accepted Jesus as their Savior, and have received the promise of eternal life with Him. We are promised to be kept from the wrath/tribulation in Romans 5:9; 1 Thessalonians 1:10; 1 Thessalonians 5:9-10 and Revelation 3:10. God never lies (Titus 1:2), and He has the saving of Noah and his family, and Lot and his family just before periods of wrath, to show as proof.

Because of restrictions on travel to certain areas, family and friends are sometimes being separated, and possibly to never see each other again on this earth. Once more, for all true believers, this is sad, but we have a hope the rest of the world does not.

There’s a song that has hymnal orientation, written by Albert Brumley, and was first recorded in 1946 by a group called the Brown Ferry Four. That group was made up of Merle Travis, Alton and Rabon Delmore, Grandpa Jones and Red Foley. And yes, I know there’s five of them. The song is, “If We Never Meet Again”.

1.) Soon, we’ll come to the end of life’s journey; and perhaps we’ll never meet any more, till we gather in Heaven’s city; far away on that beautiful shore.

Ref) If we never meet again this side of Heaven; as we struggle through this world and its strife. There’s another meeting place somewhere in Heaven; by the beautiful River of Life.

2.) Where the charming roses bloom forever; separations come no more. If we never meet again this side of Heaven; I will meet you on that beautiful shore.

The message is that we may not be able to be together on this earth before taking our last breath in death, or before going up to meet Jesus in the Rapture. However, the saved in Christ, never say a final goodbye. Eventually, we will be together again, and this time forever. The only final separations are for unbelievers who will spend eternity in Hell. In that terrible dark place, there will be no cheerful reunions, as each person will be in their own personal torment forever.

One should not have to have this worry, as it’s so easy to stop right now and ensure their own personal wonderful and happy eternity.

First, the Bible is very specific as to our only pathway to the Father. That is through Jesus, His Son, as given in John 14:6 and Acts 4:12. These are only two of the many verses that express the same thought, but these are absolutely to the point.

Also, Romans 10:9-13 gives us the simple steps to gain our Salvation. Admit (confess) that we are sinners, and Believe that Jesus died to cover our sins. He was raised back to life by the Father to conquer sin and death for all time. Call on the name of the Lord to be your Savior forever, and you will be saved. For some people, this is just too easy and there must be other ways that call for works or finances to earn or purchase our Redemption.

The above are the simple ABC’s of Salvation, and do not try to add anything to them, or change them in any way. That warning is explicit in Revelation 22:18-19. However, once you have received and accepted the free gift of the Savior, you will have made a reservation in Heaven that cannot be taken away from you. Jesus will be your eternal Good Shepherd, and you will be a part of His precious flock. (John 10)

It can’t be said enough that the Bible is the inerrant word of God, and Jesus is God. In John 10:30, Jesus stated in no uncertain terms, “I and the Father are One.” So when Jesus gave all the signs of the end of this age, and said when they begin to happen to look up, for He would be coming soon (Luke 21:28), He knew exactly what He was promising us.

The actual start of the end of this age was May 14, 1948 when Israel once again became a sovereign nation after being desolate for about 2000 years. Jesus said in Matthew 24:32-33; “From the fig tree learn its lesson; as soon as the branch becomes tender, and puts out its leaves, you know that summer is near. (33) So also, when you see all these things, you know that He is near, at the very gates.” The “fig tree” is understood to be Israel, and “begin to bloom” would be the day they once again declared themselves to be a nation.

Granted, much of Matthew 24 refers to the actual second coming of Jesus to start His millennial reign, but we will already have been with Him for at least seven years. When we return with Him as part of His army, other than to witness Him put down the antichrist and false prophet with just a word, I have no idea what else we will do. However, we will serve Him in any way He wishes, and we will be thrilled and honored to do so.

To try to do anything to earn our own Salvation is to insult the Savior, and say His sacrifice was not enough. It is only through His grace and the mercy of the Father that we have eternal life in Heaven. (Ephesians 2:8-9) To reject Him and His generous offer is to make a reservation at the Great White Throne of Revelation 20:11-15.

If you haven’t already done so, you can call out today, right now, as He is always ready to accept another “sheep” into His flock. At that moment, your name will be added to the Book of Life, and when He comes, you will be with Him. To delay could mean losing the chance of going up in the Rapture. That could happen at any moment of any day now, and the signs are pointing to being very soon.

Right To Be Wrong

They Are Waiting – We Are Ready

They Are Waiting – We Are Ready By Dennis Huebshman Just recently, I posted that…

Our Bridegroom Is Coming

Our Bridegroom Is Coming By Dennis Huebshman First of all, the male readers may think…