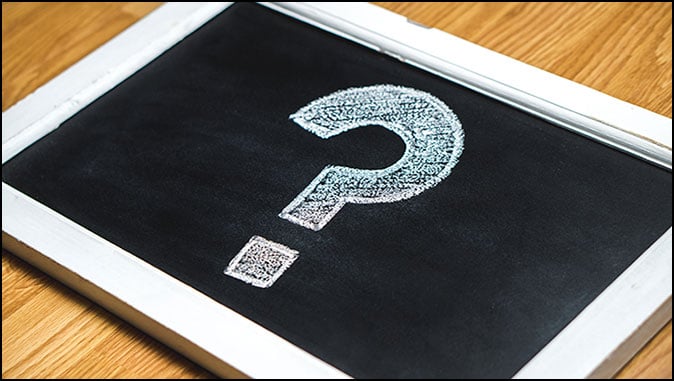 If Not Now – When?
By Dennis Huebshman

Matthew 24:36, “But concerning that day or hour, no one knows; not even the Angels in Heaven, nor the Son, but the Father only.” Matthew 25:13, “Watch therefore, for you know neither the day nor the hour.” (any emphasis mine)

First, being part of the Trinity, Jesus had every right to know the exact second He would call His church (believers) to keep us from the wrath. While He was on this earth, He became fully human (Hebrews 2:9), and was totally submissive to the Father. He led by example, as to how we should live. As He did His healings and other miracles, He gave all praise to the Father, and was in prayer to Him often. At the moment He was raised from the dead, I’m sure He was again totally God, and reclaimed His Omniscience (All Knowing).

Just as we are certain Jesus lived a sinless life on this earth; was crucified on a cruel cross that we deserve; was raised from the dead on the third day to conquer sin and death on our behalf; we can be certain that He will come again, as promised, to take us Home. By the way, He didn’t “swoon” and not die as some would say. For a Roman soldier to allow someone to come off a cross and still be alive would have meant a death sentence for that soldier.

Jesus being fully human experienced real death, and just as believers experience today when they die, His spirit immediately was with the Father. How else could He promise the repentant thief that “today, you will be with Me in paradise”? (Luke 23:43)

On the other hand, I’ve used the parable of the rich man and Lazarus numerous times (Luke 16), as an example of what happens when someone takes their last breath on earth. The rich man was out of the will of the Father, and was already in torment; though not yet the Lake of Fire. Lazarus, in the will of the Father, was in paradise, or as stated, “In the bosom of Abraham”.

Over the past several months, it is very obvious this whole world is going through changes. To believe all this will settle down and go back to whatever “normal” is supposed to be, just isn’t going to happen. Matthew 24; Luke 21; 2 Timothy 3 all give us end time signs and attitudes that will be here near the end of this age. In 2 Peter 3:3-4 we’re told that “knowing this first of all, that scoffers will come in the last days with scoffing (mocking, ridiculing), following their own sinful desires. (4) They will say, ‘Where is the promise of His coming? For ever since the fathers fell asleep (died), all things are continuing as they were from the beginning of creation’.”

Thing is, satan is convincing many that everything is “normal”, and that the problem lies with all believers. He is getting the way prepared for his ultimate evil antichrist and false prophet to appear. Sadly, a majority of the earth’s population is falling prey to him and his demons. Christians are being labeled as “haters”, and the persecution is just beginning.

Things are not continuing as they were before. Satanic influence is obvious, and his followers are out in the open as never before. For believers, this is a sign we are close to experiencing one of the last remaining major prophesies to be fulfilled.

Follow this up with 1 Thessalonians 4:13-17; “But we do not want you to be uninformed, brothers/sisters, about those who are asleep (already dead), that you may not grieve as others do who have no hope (all unbelievers). (14) For since we believe that Jesus died and rose again, even so, through Jesus, God will bring with Him those who have fallen asleep (believers’ souls that have been with Jesus). (15) For this we declare to you by a word from the Lord, that we who are alive, who are left until the coming of the Lord, will not precede those who have fallen asleep. (16) For the Lord Himself will descend from Heaven with a cry of command; with the voice of an archangel; and with the sound of the Trumpet of God. And the dead in Christ will rise first. (17) Then, we who are alive, will be caught up together with them in the clouds to meet the Lord in the air, and so we will be with the Lord.”

Please note, the Trumpet in these passages is not one of the Trumpet Judgments of the wrath. Also, only the dead in Christ will rise up and be joined with their spirits to be given a forever imperishable heavenly body. Those who are alive will have their bodies converted on the way up to meet Jesus. No more pain, suffering of any kind, and no more death forever.

Of course there’s a second side to this event that involves all from the beginning of creation, and all to the end of the millennial reign of Jesus that were, or will be, unsaved. They too will receive imperishable forever bodies at the Great White Throne Judgment of Revelation 20:11-15, that will be designed to last forever in the Lake of Fire. There will be no relief from their individual punishment, and even though they would want to cease to exist, this will not happen.

Knowing that the unknown day or hour is rapidly approaching, why would anyone want to take a chance and put off calling on Jesus to be their Savior? I realize that many are totally “hooked” on what this world supposedly offers, and they don’t consider the future of their eternal souls. It has become a “Me, Right Now” society.

Jesus said we would know the season by what is taking place, just not the day or hour. “Twinkling of an eye” is instantaneous – less than one second. Being prepared beforehand would be very advisable. So, if you haven’t accepted the Savior, but believe you will “a bit later”, are you willing to gamble that He won’t come today? Satan would love for you to keep putting it off.

Therefore, the question remains; If Not Now – When? After the Rapture, it will be possible for people to be saved because Revelation 6:9-11 tells about those killed during the tribulation/wrath. However, to avoid the tribulation/wrath altogether would be the best and wisest choice you could ever make. Call today – He’s ready to prepare a place for you.

Children Of The King

Children Of The King By Dennis Huebshman Romans 8:16-17; “The Spirit Himself bears witness with…

Prayer, No Time Like the Present By Dennis Huebshman The first mention of prayer in…

Jesus Is Living In Me – Part 2

Jesus Is Living In Me By Dennis Huebshman This may seem familiar, as I posted…

Will Heaven Be Heaven Without You?

Will Heaven Be Heaven Without You? By Dennis Huebshman Each and every day, and sometimes…

He’s On The Way

He’s On The Way By Dennis Huebshman Mathew 24:5, “For many will come in My…