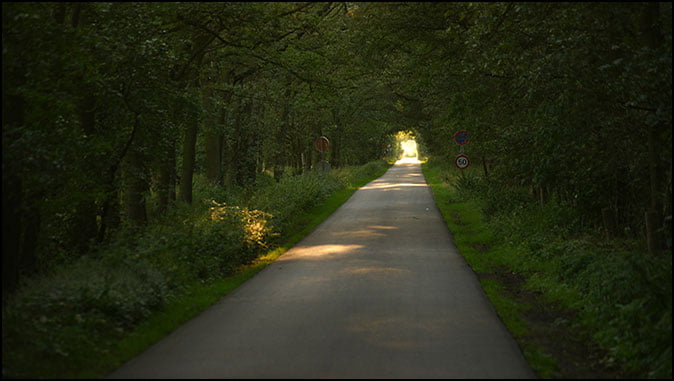 I Am Special
By Dennis Huebshman

From 1967 through 1969, there was a TV show featuring the Smothers Brothers. Dicky Smothers was the straight man, and Tommy was the “clown”. One of Tommy’s favorite sayings was, “Mom Always Liked You Best!”. The one show I remember most was when Tommy gave that line, and this time, Dicky said, “You’re Right; She Did Like Me Best!” Tommy got a real pained look on his face and said; “I didn’t know Mom liked you Best!” One thing about their program, even though they had some political issues, the entire family could watch it and be entertained. Sadly, today some shows aren’t fit for anyone to watch, and that includes some cartoon shows. (any emphasis mine)

In today’s society, people are going out of their way to feel like they “belong”, even when gaining popularity pulls them away from our Heavenly Father. It’s the old, “I’ll do whatever it takes for you to like and accept me” syndrome. This is fine and dandy for those who are only concerned about their life here on earth. This covers a majority of people worldwide, who are on the broad path that leads to destruction (Hell).

This is no surprise to Jesus, the Father and the Holy Spirit. It’s actually been this way from the creation, all the way to today. It will be that way until this earth has reached its final moment. In Matthew 7:13-14, Jesus was giving the Beatitudes, and included the following; “Enter by the narrow gate. For the gate is wide, and the way is easy that leads to destruction; and those who enter by it are many. (14) For the gate is narrow, and the way hard that leads to life, and those who find it are few.”

Estimates today of total true believers worldwide is between 10% and 12%, and that includes the United States. For God’s chosen, the Jews, it’s closer to 1% to 2% of their total population that accept Jesus as their Messiah.

When Jesus said the “narrow road” was hard, it all depends on the mindset of each individual. To be a true believer and live a life that honors the Lord will put a person at odds with the ways of the world. Satan and his demons are steadily at work convincing people that the “here and now” is more important than any eternal thoughts. To go against the grain of worldly “pleasures” or “ideals” is considered to be a “hater”, and believers will be persecuted.

After the Greatest Commandment to “Love the Lord your God with all your heart; with all your soul; and with all your mind”; (Matthew 22:37) the second is “Love your neighbor as yourself” (Matthew 22:39). This does not mean we have to accept lifestyles that go against our Savior’s will, but we are to love everyone as being a creation of our Father. Also, we can love someone, but not actually like them.

Although this sounds like it’s contradicting itself, Jesus loved everyone He came in contact with; even those who hated Him. He had the most problems with the religious leaders, and at times was visibly angered by them. However, He loved them for their eternal souls, and if they truly repented before they passed from this earth, they would have been forgiven.

God loves everyone, which is given in John 3:16 and Romans 5:8. He is God of all, Jews and Gentiles. As stated in Romans 3:29; “Or is God the God of Jews only? Is He not the God of Gentiles (everyone else) also? Yes, of Gentiles also.”

Peter learned a valuable lesson in Acts 10, when he was sent by the Lord to the house of Cornelius, a Roman centurion. In Verses 34-35 it states; “So Peter opened his mouth and said ‘Truly, I understand that God shows no partiality; but in every nation, anyone who fears Him (respects), and does right is acceptable to Him’”. When Peter shared the Gospel with Cornelius and his household, the Holy Spirit came to them. For the first time, Peter saw that Salvation was meant for everyone, not just the Jews.

All who receive and accept Jesus as their Savior are “special” to our Heavenly Father. He sent a very important part of Himself to become an acceptable sacrifice for all the sins of the world. The blood of animals could not satisfy the Father’s need for a perfect offering to atone for our sins – My Sins. Jesus fulfilled that obligation that belongs to us – to Me. He was not forced, but did so willingly (John 10:18). He could have stopped His ordeal at any moment, but loved all of us so much, He conquered sin and death with His lifeblood on a cruel cross at Calvary.

Worthy? None of us are worthy’ but all who call on the name of the Savior, confess we’re sinners, ask His forgiveness and ask for Him to be our eternal Savior, will be saved. (Acts 2:21 and Romans 10:9-13)

By doing this, a person joins a very elite group of people. As stated, only about 10% – 12% of the world’s total population are truly believers, and have the Holy Spirit living within them. I can safely say, this group is “special”, and being a true believer, I Am Special!

We’re told that false prophets and antichrists will increase at the end of this age. This is happening right now. Many church services have turned to entertainment sessions, with no word on the rapidly approaching Wrath/Tribulation period. To be able to avoid entering that awful time, a person must have Jesus as their Savior. Then as 1 Thessalonians 1:10 and 1 Thessalonians 5:9 state, we will be kept from the coming wrath.

To share this special gift is something all true believers wish to do. It makes our gift even more special for us. You don’t need any fancy ceremony, no special rehearsed words, and can be done with no one else around. The Father, His Son Jesus, and the Holy Spirit are waiting for you to become a part of their special flock. The greatest Shepherd of all is prepared to receive you right now. To delay is to play into satan’s tactics. He will make you think you have all the time in the world. Truth is, we’re not guaranteed another day or hour here. Now would not be too early to call out for your Salvation.

I Am Special, and you can be Special also. Eternity is a long time to make the wrong choice. Anyone who ends up in that White Throne Judgment (Revelation 20:11-15) will not be going to Heaven. Instead, they will join satan and his demons in the Lake of Fire (Hell) forever.

Those of us who are saved would love to welcome you to our Family. Call out today!

The Perfect Sacrifice By Dennis Huebshman Many times, I have referenced Jesus as being the…

Where is He? By Dennis Huebshman “Above all, understand this, in the last days, blatant…

Deleting God By Dennis Huebshman In 2 Thessalonians 2:9-12, “The coming of the lawless one…