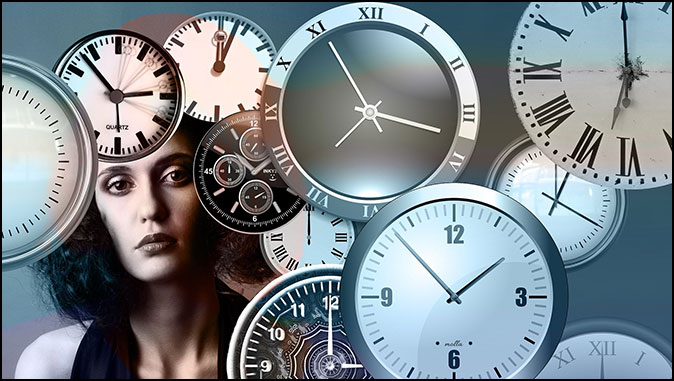 How Long Has It Been?
By Dennis Huebshman

When it comes to Gospel Music, my all time favorite is Southern Gospel; and especially the older classical tunes. Probably the most soothing and easy to listen to artist was Gentleman Jim Reeves, from Galloway, Texas. His time on this earth was short (August 20, 1923 – July 31, 1964), but his musical talent crossed many boundaries. He was inducted into the Country Music Hall of Fame in 1967. In the early 1960’s, I was privileged to attend one of his concerts in my home town. To this day, it remains as a very special event in my heart. (any emphasis mine)

The song, “How Long Has It Been?” is one that speaks of our relationship with the Creator of the Heavens and the Earth, and shows He wants a true relationship with us. Our God loves us beyond all human understanding (John 3:16-18; Romans 5:8), and loves for us to call on Him. Whether it’s in times of trouble; times when we need to make an important decision; times when we feel all alone; or even in times when we have joy in our hearts; He is there to listen and help us, or to celebrate with us. He loves it when we take a brief moment just to say, “Thank You, Father, for all you’ve done for me, and for loving a sinner such as I.”

When you think of the title of this song, if you can’t remember the last time you talked (prayed) to Him; it’s been too long. No one “interrupts” our Father by calling out to Him; no matter the reason, He’s always there. Also, just talk to Him. He’s not impressed by long flowery rehearsed speeches. In Matthew 6:5-8, Jesus advises against “babbling repetitiously”. God already knows what we need, but likes to be asked anyway.

He’s omniscient – all knowing; He’s omnipotent – all powerful; He’s omnipresent – everywhere at once. He is not bound by time or space as we are, and never too busy to listen to us. Some may say He didn’t listen because He didn’t “answer” our prayer; however, sometimes the answer is simply, “No”. He is not Santa Clause, who is there to give us everything we want; or an old bearded man, sitting on a big throne just waiting to whip us if He gets mad.

Prosperity preachers (false prophets), who are growing in number daily, will try to tell you He has to give us all we ask for, as it’s supposedly written in the Bible. It’s called “twisting His word” to fit their agendas, and Revelation 22:18-19 will be their fate. “I testify to the one who hears the words of the prophecy contained in this book; if anyone adds to them, God will add to him/her the plagues described in this book. (19) And, if anyone takes away from the words of this book of prophecy, God will take away his/her share in the Tree of Life, and in the Holy City that are described in this book.” By the way, God’s word is pure truth, and it means just what it says.

One example of a pure, complete, to the point statement, was made by our Savior when He was having a discussion with His disciples. He was telling them that He would be leaving, and would prepare a place for them, and would include all who would accept Him through the ages. He said they would know the “way”, but Thomas asked for further explanation. John 14:6 was the Savior’s answer to him; “Jesus said, I am the Way, the Truth, and the Life; no one comes to the Father except through me.” Philip asked Jesus to “show us the Father”, and Jesus told him in John 14:9, “…whoever has seen Me, has seen the Father…”

This coincides with John 10:30 where Jesus was in the Temple at Jerusalem. Some Jews, probably the religious leaders, gathered around Him and asked if He was the Christ (Messiah). His response left nothing to the imagination; “I and the Father are One.” This was plain, to the point, and without any hard to understand words. Yet, they still did not believe Him, as He didn’t fit what they thought the Messiah should look and act like.

What’s so sad today, is the direction where our so-called evangelical churches are headed. More and more, the word of the Lord is not in their services, and this is not limited to one or two denominations. The messages are “ear tickling and complimentary”, but are without true substance. End time is rarely, if ever, mentioned, because the preachers don’t want to upset anyone by giving them the truth. It might cause seats to be empty and collection plates to not be filled. So, sin is being down-played so that the members aren’t insulted by saying they are sinners. The pastors need to read Romans 3:23, and pass that along.

Some service are saying alternate lifestyles, that God calls abominations, are now suddenly Biblically okay. Only issue with this is, they’re not using a true bible, or are taking verses out of context to “prove” their points. Again, Revelation 22:18-19 will be their judgment; God does not change His mind about these things.

The Lord is not surprised by any of this, and even told us it would increase at the end of this age just before His return. Matthew 24 is a chapter where Jesus tells His disciples what would be taking place, and in 2 Timothy 3, Paul tells about what the attitudes of the masses will be. John tells about all the false prophets and antichrists in 1 John 2 through 5, and that their activities would increase. Everything in these prophecies are here today, and increasing not only daily, but almost hourly

There are prophecies in the Old Testament from Isaiah, Ezekiel, Zechariah and others that have already been fulfilled, or are right at the threshold of taking place. Daniel and John give pictures of the days of wrath/tribulation that are chilling. No one should desire to be on this earth during that 7-year period of time.

Just thinking about not having Jesus as my Savior would leave me feeling totally lost and hopeless. Being able to talk to Him at any time, has been a great blessing for me. Times here are getting closer to the appearance of the ultimate evil one (final antichrist), and knowing all believers will be gone before his arrival is soothing. Paul tells us in 2 Thessalonians 2:5-9 that the “influence” keeping the antichrist from appearing must be removed before he can come forth. It’s the general consensus that the listed influence is the Holy Spirit, and to take His protection out of the way would mean all Holy Spirit indwelt believers must be taken away from the wrath.

That will be the “Harpazo”, “Rapture” or “taking up” as described in 1 Corinthians 15:51-53 and 1 Thessalonians 4:13-17. Once the believers have been taken up to “meet Jesus in the air”, it will almost be “hell on earth” for this planet. No one will be spared the suffering. Anyone who refuses to worship the beast or take his mark during that time will be killed.

Before this world gets to that point, please take note of the words of this song. Thomas Mosie Lister (1921-2015) wrote “How Long Has It Been?”. He was a member of the gospel group the Statesmen Quartet. By far, Jim Reeves’ performance is absolutely the most inspiring. As you read, ask yourself each question that is given. Then, look at the last line, and give an answer for that very important question.

As it says, “Can you call Him your Friend?” If not, now would be a great time to consider asking Jesus to be your Savior. The alternative is to spend eternity in the lake of fire with satan and all his demons and followers. Hell was made for them (Matthew 25:41), and for all who would reject God pre-Calvary, and Jesus from Calvary through to the end of the Millennial Reign.

The choice is yours to make, and the Lord will turn no one away that truly asks Him to save them. Romans 10:9-13 gives the mechanics, but it must be in your heart to want a relationship with the Savior. Just to say words without any true belief would be a waste of time. God is not mocked. (Galatians 6:7)

The only hard part is having Faith and Believing that this is real, and will be yours for the asking. Then, you will have no problem answering the question; “How Long Has It Been?”. My answer is “every day”!