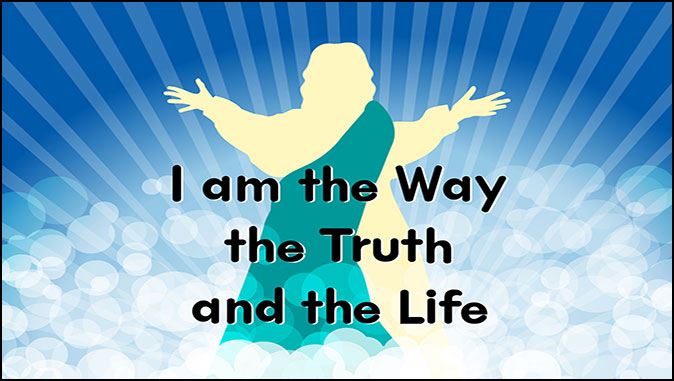 His Message Does Not Change
By Dennis Huebshman

Although the titles are different, and end-time prophecy experts post messages in different ways, the outcome is not going to change. I am a novice prophecy person compared to many others, but I take seriously what the Father has placed on my heart to share. (any emphasis mine)

A verse from Isaiah 6:8 stood out the first time I ever read that book just over 30 years ago. “And I heard the voice of the Lord saying, ‘Whom shall I send, and who will go for us?’ Then I said, ‘Here I am! Send Me!’.” One other verse that got my attention, and I have claimed it as my “life verse”, is John 14:6; “Jesus said to him, I am the Way, the Truth, and the Life; no one comes to the Father except by Me.”

That last verse from God’s word speaks volumes to me. First, we don’t all worship the same God, as many faux religions claim. Also, It clearly discredits the false prophets’ claim that we don’t have to receive and accept Jesus to be saved. Acts 4:12 verifies John’s gospel with; “And there is Salvation in no one else, for there is no other name under Heaven, given among man, by which we must be saved.”

It is said that once we have received and accepted the gift of the Father, that was paid for in full at Calvary, it is then impossible to lose our Salvation. On that point, I totally agree. So, how do we explain Hebrews 6:4-6? “For it is impossible, in the case of those who have once tasted the heavenly gift, and have shared in the Holy Spirit, (5) and have tasted the word of God and the powers of the age to come, (6) and then have fallen away, to restore them again to repentance, since they are crucifying once again the Son of God to their own harm, and holding Him up to contempt.”

Looking at the Parable of the Sower in Matthew 13:1-23; Mark 4:1-20 and Luke 8:4-15, we’re told of seeds being sowed in four different places on different surfaces. One place was in the open on a path, and the birds immediately got them. Another fell on rock, but soon withered away because no moisture produced roots, and they died. Another fell among thorns which choked them as they grew. However, the ones on good fertile soil grew and produced even more.

The disciples asked Jesus to give them further explanation, and He explained the following to them. The ones on the path were totally under the influence of satan, and never had any consideration of ever accepting the Word of the Lord. The ones on rocky ground hear the Word, and are initially inspired, but do not fully commit, and therefore have no roots to nourish and grow with. When the least of life’s issues arise, they revert back to their previous lost ways.

Moving to those among the thorns, they worry more about the cares of the world, and they never allow the Gospel to enter them, and they do not develop any relationship with Jesus. As with the rocky soil seeds, their “conversion” is only temporary and incomplete. They are “choked off” by what this world offers, rather than consider their eternal souls. They are more worried about what other humans think of them, than to even consider developing a relationship with the Lord.

The seeds on the fertile soil are those who are “convicted” by the Word and realize just who Jesus really is, and what price He paid for us. We realize that He took our sins – My Sins – that He was never guilty of, and offered Himself willingly (John 10:18) to die in our place, so that we could have eternal life with Him.

We admit to Him that we are sinners; ask His forgiveness; and ask that He enter our hearts and be our Savior forever At this point, He sends the Holy Spirit to dwell in us, and to declare that we are a part of His flock. Though we will sin until we take our last breath on earth, we will never disavow or turn away from Him.

Jesus Himself knew that more would accept satan’s lies and be a part of this world, than would accept Him. He said the way is hard in Matthew 7:14, and there would be few on the pathway to Salvation, than would be on the broad path to destruction. The hardest part is to believe and have faith that the Bible is the inerrant Word of God, and is absolute truth. It’s easier to accept what we can see, feel, hear and touch, than to believe in something we can only read about.

There have been “devout” pastors, ministers, preachers or whatever title they would choose, that started out “on fire” for the Lord. Then, the lure of the world entered, and they began to follow the path satan laid out for them. I remember a particular comedian who, in his early years, proclaimed the Word of the Lord. However, for some reason, he became disillusioned and turned to comedy full of vile and vulgar content. Though he had previously stood up and proclaimed Jesus, it is apparent that no permanent roots ever took hold. In one interview, he was asked about his past religious nature, and in an “X-rated” way, stated it was all phony, and he believed no “religion” was true. Sadly, he has passed, and if he didn’t call out for Jesus to forgive him, he will be in the Revelation 20:11-15 White Throne Judgment.

Satan knows every weakness we have, and he knows just what enticement to put in our pathways. Some mega pastors are caught up in fame, money, and personal pleasures as they appear to “proclaim” Jesus as Lord. Some have used twisted meanings from God’s true words to become rich through their “prosperity preaching”.

To start out on what appears to be a righteous path, and then to turn away from Jesus is tragic. Their influence on weaker souls is also tragic.

I have stated in the past, that before I was 40, I had never read through God’s Word for myself. I relied on those in the pulpits to feed me with knowledge of Jesus. When I realized I was lost, and called out for forgiveness, I read the Bible cover to cover for the very first time. I absolutely recommend everyone do the same. Don’t take my word, or anyone else’s if you can’t verify what we say according to Scripture.

First, get a true translation you can understand, and to get the full benefit, get a good “study bible”. Start with the Gospel of John, and then go to Paul’s epistle of Romans. A lot of questions you may have right now can be answered in these two books.

Then, start a practice of reading at least one chapter of one book daily. Before long, you will have a good habit, and then will develop a lifestyle. This is still my practice today, and I feel as if something is missing if I don’t read from God’s Word every day.

You will come to learn more about the fully-human yet fully-God, Jesus. Your relationship will grow, and you will wonder why you weren’t drawn to Him earlier.

Read about the ABC’s of Salvation in Romans 10:9-13. Know that when you truly call out to Him to be your Savior, you will become a part of His “flock” as given in John 10. Once truly His, your Salvation is secured. Know and understand that there are no works you can do, nor any earthly price you can pay to be saved. That is explained in Ephesians 2:8-9. Once saved, you will want to do things to Honor and give Glory to the Savior, but not as a condition to gain His love for you. He already loves us all more than we can ever realize.

We don’t know exactly when Jesus will call His “flock” up to meet Him in the air in the event known as the “Rapture”. It is obvious that all the signs are present, and we are definitely in the “season” right now. The tribulation/wrath is just about set to begin, but first, 2 Thessalonians 2 has to take place before the antichrist can come forth. That is the removal of the “influence that is currently ‘restraining’ him” must be removed. That would be the Holy Spirit, and to remove that influence would be to remove all who are indwelt by Him. God has promised we will not go through the Wrath, so our leaving is even earlier than the appearance of the ultimate evil one. Any day now is an accurate description.

Don’t be left behind to face the most terrible time this world has ever seen. Call on the Savior today and be ready for the trumpet of God to sound, and the shout from the arch angel to call us up, and off this sin-filled evil planet. It will be the best choice you will ever make, and it is totally up to you to make it. God will not force you, but will accept all who call on Jesus to save them.

Hope to see you in the clouds on that very special moment.