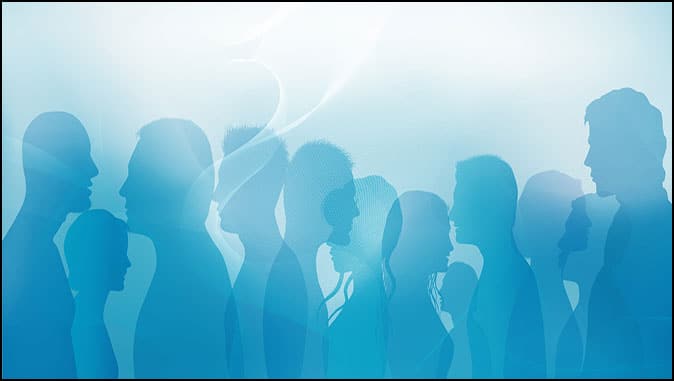 Over the past year, we have had little to cheer about, and a whole lot to be concerned with. The entire presidential election process strongly divided our country, and even foreign leaders made their preferences known. Since the election took place, there has been a lot of hate generated on both sides, and there are claims from many that the votes were “rigged” and the election was “stolen”. This message is not intended to give my views as to what did or did not take place, other than to state, this battle is not only physical, but spiritual as well. (all emphasis mine)

Physical, because of violent protests in numerous places by both sides, and even from groups who are only protesting in order to inflict as much damage to our country as possible. Historic names are being challenged as racist; the name of a popular syrup is being changed; cries of racism over sport team names; historic statues of our countries notable people are being destroyed. There is a movement to turn America into a “socialist” country, which, by observing the results of it in other countries, should tell us it won’t work here. Sadly, there are more than just a few in our government who believe this should be the way we go.

Spiritual, because there’s a turning away from anything pertaining to God, His Son Jesus, or any historical evangelical bible-based church. Satan is obviously heading these movements up as he knows his time here is getting short. He wants to destroy as much of this world, and God fearing people, as possible. He’s finding numerous people who are more than willing to follow him. There are even “churches of satan” today, which is a drastic misnomer. They are in more than just a few places.

Just about everything that is called an “abomination” to our Heavenly Father is being turned around as if He somehow has changed His mind. The gender issue is an absolute “fire starter”, and suddenly we don’t have regulated bathrooms, or gender-based sporting events anymore.

Going to God’s absolute word for us – the Bible – please consider a few verses:

2. Genesis 5:1-2; “This is the book of the generations of Adam. When God created man, He made him in the likeness of God. (2) Male and female He created them, and He blessed them and named them man when they were created.” (note, the NET states “and He named them humankind”, and according to wikepedia.org, the personal name “Adam” derives from the Hebrew noun “Adamah”, meaning “ground or earth”)

3. Mathew 19:4-5; “He answered, have you not read that He who created these from the beginning made them male and female, (5) and said, ‘therefore, a man shall leave his father and his mother, and hold fast to his wife and the two shall be come one flesh’.” These words are given directly from Jesus, our Savior.

There are hundreds of verses in God’s word about marriage, sexual relationships and responsibilities of all people. Biggest problem today that we face is people not believing in God’s word. Even in some previously bible-based churches, false prophets have taken over, and are twisting God’s word to fit satan’s agenda. The LGBT (and whatever) message is being “preached” as being legitimate today in God’s eyes. In 1 John chapters 2-5, we read of false prophets and antichrists that were already present, and that would abound toward the end of this age. Jesus Himself, spoke of “false christs” leading people astray. They’re giving entertaining non-biblical messages to make their audiences feel good, and any mention of sin or the ABC’s of Salvation are ignored.

In Paul’s second letter to Timothy, Chapter 3, he lists numerous negative attitudes that would be here “in the last days” (verses 1-5), and he was absolutely correct concerning today’s society.

We have seen Christian-based companies and businesses persecuted by satan’s followers, and some have had to close their doors. There have been demonstrations where signs were held up telling God to “get out of certain places”. There was an article that has just been published that states there’s debate in congress that is pushing God out of our country’s business.

Is it any wonder that He is giving His own “demonstrations of anger” toward our country? Fires, severe weather patterns, earthquakes and potential volcanic activity in various places, should be getting our attention.

Some may not consider this as truth, but I believe everything taking place today is totally God’s will, even the outcome of our recent election. I believe He’s preparing the world for a very significant change that is about to take place, and my thought is that we were given a period of time (about 4 years) to “refresh” America, and now He is about to discipline this country and the world.

God has demonstrated 2 Peter 3:9 for everyone; “The Lord is not slow to fulfill His promise, as some count slowness; but is patient toward you, not wishing that any should perish, but that all should reach repentance.”

Many people stop right there, but that is followed by Verse 10; “But the day of the Lord will come like a thief, and then the heavens will pass away with a roar; and the heavenly bodies will be burned up and dissolved, and the earth and the works that are done in it will be exposed.”

Some say this is only at the absolute end of time, but remember that God made time for man, not Himself. Going back to 2 Peter 3:8; “But do not overlook this one fact, beloved, that with the Lord, one day is as a thousand years, and a thousand years as one day.”

With everything that has been mentioned in mind, where is the “cloud’s silver lining”? How about an event that was put into a song by Adger M. Pace (1882-1959), and released in 1940. This song has been performed by many artists across many venues, and it’s called “Heaven’s Jubilee”.

1. Some glad morning we shall see, Jesus in the air coming after you and me; joy is ours to share. What rejoicing there will be, when the saints shall rise, headed for that Jubilee, yonder in the skies.

Ref. Oh what singing; Oh what shouting; On that happy morning when we all shall rise. Oh what glory; Hallelujah! When we meet our blessed Savior, in the skies!

2. Seems that now I almost see, all the sainted dead rising for that Jubilee that is just ahead. In the twinkling of an eye, changed with them to be; all the living saints to fly, to that Jubilee.

3. When we meet our blessed Savior in the skies; when with all that Heavenly host we begin to sing; Singing in the Holy Ghost, how the heavens will ring; millions there will join the song; with them we shall be praising Christ, through ages long – Heaven’s Jubilee!

This describes 1 Thessalonians 4:13-17 and 1 Corinthians 15:51-53 very well. That is the Rapture, and it’s a message that we can be completely cheerful about. Yes, this world today is being prepared for the appearance of the ultimate evil antichrist, and satan will cause terrible havoc for a prophesied 7-year time of tribulation. God has promised that all true believers of His Son will be kept from that terrible time.

Anyone who misses this wonderful opportunity will have chosen to do so. Whether we rise out of our grave to meet Jesus in the air, or are still alive and Raptured and taken up, it will be the start of our “forever”. The first gift we will receive will be new bodies and a new mind-set that will be immune from temptation and sin. No more pain or suffering of any kind; no more saying goodbye to loved ones because of death.

Follow the simple ABC’s of Romans 10:9-13. Admit we’ve sinned and need a Savior; believe and have faith that Jesus died for our sins, and that God raised Him from the dead to conquer them once and for all; and finally, confess and call out to Him to forgive you and be your Savior.

Then, when we “rise up”, we’ll be loudly singing “Heaven’s Jubilee”. It doesn’t matter what your singing voice is like now; it will be sweet as honey to the Father. You’re welcome to join in, and I would recommend you do it today!