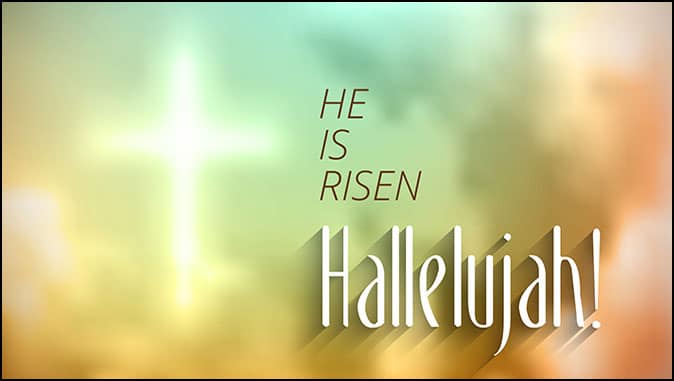 Hallelujah! What A Savior!
By Dennis Huebshman

Isaiah 53:2-12 puts the reason for our Savior’s coming to this earth in perspective. Normally, you would think a Lord of Lords and King of Kings would arrive with all pomp and circumstance that would be fit for such a title. (any emphasis mine)

Would you not agree that so far this isn’t what we would expect of the Savior of the World? It gets worse as the verses continue. Also, this was written between 600 – 700 years before Jesus arrived here.

(4) Surely, He has borne our griefs and carried our sorrows; yet we esteemed Him stricken; smitten by God, and afflicted.

His own Father allowed wrath to be placed on His Son because of all of our sins. Think this thought with me – “Because of My Sins!”

(5) But He was pierced for our transgressions; He was crushed for our iniquities; upon Him was the chastisement that brought us peace, and with His wounds we are healed. (6) All we like sheep have gone astray; we have turned, everyone, to his own way, and the Lord has laid on Him the iniquity of us all.

Can you see now the relevance and significance of Romans 3:23 and Romans 6:23? Every last one of us has sinned, and without the sacrifice Jesus gave willingly for us (John 10:18), we would be hopelessly lost.

(7) He was oppressed, and He was afflicted, yet He opened not His mouth; like a lamb that is led to slaughter, and like a sheep that before its shearers is silent; so He opened not His mouth. (Luke 23:9) (8) By oppression and judgment, He was taken away; and as for His generation, who considered that He was cut off out of the land of the living, stricken for the transgressions of My People?

The religious leaders of His day did not accept Him as Messiah, even though He was the only person ever to fulfill all the prophecies written about Him. They expected that the arrival of the Christ would happen with all splendor and glory, and they would be “rewarded” for their so-called “faithful service”. Instead, this Man continuously accused and berated them for all the wrong they were doing.

(9) And they made His grave with the wicked, and with a rich man in His death; although He had done no violence, and there was no deceit in His mouth.

In spite of their efforts, Jesus loved them all for their eternal souls, even though He didn’t “like” them for all the wrong they were doing. As for Joseph of Arimathea’s tomb, He only needed it for a weekend.

(10) Yet it was the will of the Lord to crush Him; He has put Him to grief; when His soul makes an offering for guilt, He shall see His offspring; He shall prolong His days; the will of the Lord shall prosper in His hand. (11) Out of the anguish of His soul, He shall see and be satisfied; by His knowledge shall the Righteous One, My servant, make many to be accounted righteous, and He shall bear their iniquities.

Psalm 22:1 and Matthew 27:46; “My God! My God! Why have You forsaken Me?” It is believed that at this point, every sin of this world, past, present and future, was laid on Jesus. At that instant, the Father would have had to look away briefly, and be separated from His Son for the first time ever. After this, our Savior said, “It Is Finished”, which signified He had completed, in full, the task of being the perfect sacrifice for us all. His death reached back to the righteous from the creation to the Cross; and from the Cross forward to the end of His Millennial Reign. (John 19:30)

Phillip P. Bliss wrote a song that was released around 1895 called “Hallelujah! What A Savior!”

(1) “Man of Sorrows!” what a name, for the Son of God who came; ruined sinners to reclaim. Hallelujah! What a Savior!

(2) Bearing shame and scoffing rude; in my place condemned He stood; sealed my pardon with His blood; Hallelujah! What a Savior!

(3) Guilty, vile and helpless we; spotless Lamb of God was He; “Full Atonement”, can it be? Hallelujah! What a Savior!

(4) Lifted up was He to die; “It Is Finished” was His cry; now in Heaven exalted high. Hallelujah! What a Savior!

(5) When He comes, our Glorious King; all His ransomed, Home to bring; then anew His song we’ll sing! Hallelujah! What a Savior!

Jesus’ blood was shed by the only “human” that lived a sinless life. Yet, for a moment, He bore all the sins of this world. Can you possibly imagine having every evil deed of this world go through your mind in full detail all at once? You may say that is impossible, but remember He is God, and His abilities are far superior than any human that ever lived. That would have to be the part that Jesus dreaded the most, not the crucifixion itself. Once completed, His human side died, and His God side again took full control.

Imagine the cheering from all the Heavenly Host when the Father raised His Son from a mortal’s grave, to take His rightful place on His throne at the Right Hand of God. This was the absolute proof that sin and death had been conquered once and for all. John 14:6 became a solid covenant; “I am the Way, the Truth, and the Life; no one comes to the Father except through Me.”

No other sacrifice could ever do. All has been done by Jesus, and to even think we could do something to earn or buy our Salvation insults the whole Trinity.

God will accept all who will receive and accept His Son. After what Jesus had to endure, God really has no other righteous choice. At the same time, is it any wonder that anyone who does not receive Jesus before they die will have committed an unforgiveable sin?

After the antichrist, false prophet and satan receive their sentences in hell, all the “unforgiven” of all ages will go through the Great White Throne Judgment of Revelation 20:11-15. There will be no forgiveness there; no pardons; and grace and mercy will be absent.

For all who have not received and accepted Jesus as their Savior yet, this does not have to be your fate. Today, right now, before it’s too late, call on Jesus to forgive your sins, and to come into your heart and be your Savior forever. He will send the Holy Spirit to dwell in you until you are removed from earth, either by death or by the Rapture. Just have faith and believe His death was for your sins, and there is no other way you can be saved.

It’s totally your choice as God will force no one, and no one can make it for you. It will be the most important decision you will ever make in your lifetime.

Stepping On Toes By Dennis Huebshman Acts 4:19-20; “But Peter and John answered them; ‘Whether…