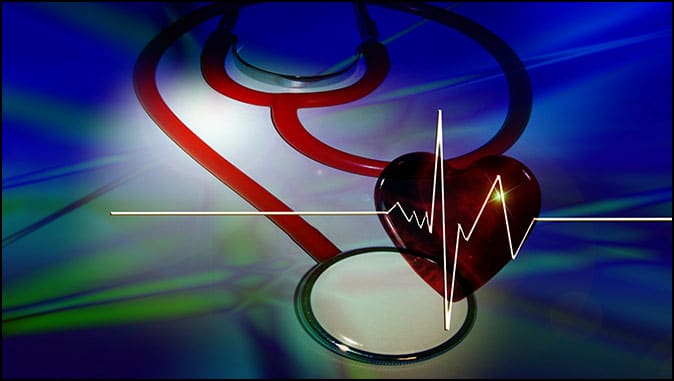 Greatest Physician Ever
By Dennis Huebshman

Prior to John’s disciples approaching the Lord, He had already performed numerous healings. A sick centurion’s servant (2-10); a widow’s dead son raised back to life (12-17) are just two of the examples given in Luke 7.

Jesus not only made house calls, but He used His healing powers on plain people in the streets. Never did He ask any “payment” for His services, other than for the people to believe in Him. Sometimes, He even healed long-distance as with the centurion’s servant.

John 4:46-53; “So He came again to Cana in Galilee, where He had made the water into wine. And at Capernaum, there was an official whose son was ill. (47) When this man heard that Jesus had come from Judea to Galilee, he went to Him and asked Him to come down and heal his son, for he was at the point of death. (48) So Jesus said to him, ‘Unless you see signs and wonders, you will not believe’. (49) The official said to Him, ‘Sir, come down before my child dies’. (50) Jesus said to him, ‘Go, your son will live’. The man believed the word that Jesus spoke to him, and went on his way. (51) As he was going down, his servants met him and told him his son was recovering. (52) So he asked them the hour when he began to get better, and they told him it was the previous day at the 7th. hour, that the fever had left him. (53) The father knew that was the hour when Jesus told him his son would live. And he himself believed, and all his household.”

Philip wasn’t the only one to think this way. Every one of them had some doubts, until He appeared to them after the resurrection. The only one completely lost was Judas, who obviously was never a true believer. Except for John, who dies from old age, the rest of the apostles were martyred, and some in very gruesome ways.

Paul said it best in Philippians 1:21; “For to me to live is Christ, and to die is gain.” He knew that no matter what persecutions he would face here, once he took his last breath on earth, he would be in the presence of the Great Physician. This is what all true believers can look forward to.

Michael Card wrote and performed a wonderful song in 1985 called “The Gentle Healer”. Please consider each verse, and especially the last one which comes from John 14:6.

(4) The Gentle Healer, He left our town today. I just looked around and found He’d gone away. Some folks from town had followed Him, they say; that the Gentle Healer is the Truth, the Life, the Way.

One reason the words Jesus spoke were “hard to understand” from verse 3, is people always think there has to be something more to being saved. The religious leaders wouldn’t accept Him as He didn’t fit their belief as to what the Messiah would be like. Instead of riding in on a donkey, they believed He would come on a horse-drawn chariot in radiant splendor and glory; and conquer all their foes, and give each one of them important positions in His kingdom for their being “so faithful”.

Just a major problem with all that; Jesus came because God loves us so much (John 3:16-18; Romans 5:8), that it was necessary for Him to provide the perfect sacrifice. If the “religious” people had faithfully studied the true writings of the Old Testament prophets, they would have seen He was the fulfillment of many prophecies. As far as that goes, He isn’t through even today.

There are still prophesies that will happen. The next major event will be the Rapture, followed by the worst 7-year period this earth has ever experienced. Finally, the judgment of all who rejected God and Jesus at the Great White Throne. Everyone there will be cast into the Lake of Fire with satan and his demons.

The faithful will enter eternity with Jesus, never to need the services of an earthly doctor again. Imagine, no wheelchairs, canes, crutches, glasses, hearing aids, and on and on.

Satan knows his time is getting short. He knows the Bible better than anyone, yet he still tries to overcome the Lord He’s out in the open as never before, and the evil is increasing more rapidly every day. Very soon, God will fulfill His promise to keep all the Savior’s flock from the Wrath. (1 Thessalonians 1:10; 1 Thessalonians 5:9-10; Revelation 3:10) The Rapture will happen no matter what any false prophet tries to tell you.

If you haven’t called on our Great Physician to bring Salvation into your life, right now would be a very opportune time to do so. People will still be able to be saved during the Tribulation, but the cost will be their very lives. He’s waiting for you call, and all who do so will be saved. (Acts 2:21 and Romans 10:9-13) Tomorrow could be too late. Even so, Come Quickly Lord Jesus!

Be Careful Little Children By Dennis Huebshman Going way back to my childhood days, I…