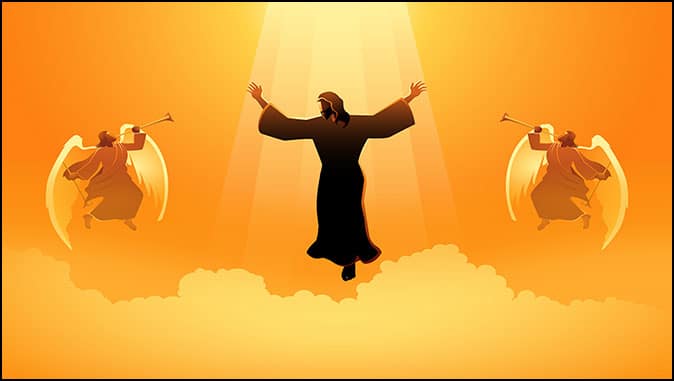 Comparing the attitudes and actions of today’s world to Matthew 24, Luke 21, Romans 1 and 2 Timothy 3; you might find all of them very similar. In fact, every evil trait and attitude that is listed there, is here right now. Some have been refined to reach new levels of evil that we never thought we’d see in our lifetime. One thing can be said that is Biblically correct, we are very near to the time of the end that Jesus, Paul, Peter, John and others spoke of. (all emphasis mine)

Luke 21:25-26; “And there will be signs in sun and moon and stars, and on earth distress of nations in perplexity because of the sea and the waves, (26) people fainting with fear and with foreboding of what is coming on the world. For the powers of the heavens will be shaken.”

People today are walking in fear because of a so-called COVID pandemic, and the world leaders have the masses falling in step to whatever they say. Satan and his followers are rapidly gaining ground as evil is increasing everywhere. Nations are at odds with each other, and it’s possible there could be some major conflicts soon. Weather patterns are obviously changing to be more severe, and various places are either suffering from drought or severe flooding. In some places, record high temperatures have been noted.

If people would only seek the word of the Father, they could be assured that all the current events were prophesied to happen. His children – all who have called on Jesus to be their Savior – should be rejoicing. Why would I possibly suggest we should celebrate such events as being good?

Continuing in Luke 21:27-28; “And then they will see the Son of Man coming in a cloud with power and great glory. (28) Now when these things begin to take place, straighten up and raise your heads, because your redemption is drawing near.”(ESV)

The actual second coming of Jesus is at least seven years away. We do not know the day nor the hour, but before that 7-year wrath/tribulation takes place, God has a major covenant to fulfill. In 1 Thessalonians 1:10, 1 Thessalonians 5:9-10, and Revelation 3:10, we’re told that all who belong to the Savior will be kept from the coming wrath. This would be the “Harpazo”, “taking up”, or “Rapture”, whichever term you would choose. (1 Thessalonians 4:13-17; 1 Corinthians 15:51-53)

For anyone who might say they will wait until the “trumpet of God” sounds, and the shout comes from the arch angel to be saved, they could never be fast enough. Paul uses the term “in the twinkling of an eye” in 1 Corinthians 15:52. Experts far beyond my capabilities have estimated this would be considerably less than one second. The best advice I can possibly give here, is be prepared in advance, and you won’t have to be concerned as to the “when”.

The tribulation officially starts when Jesus opens the first seal judgment releasing the antichrist on the world. (Revelation 6:2) There were “announcing trumpets” all through Israel’s history, and the one that sounds at the Rapture, will announce that Jesus is taking His flock Home before the judgments ever start.

For anyone to say that satanic activity does not really exist, there’s an old saying, “there’s proof in the pudding”. Just recently, a gay men’s choir in California released a song called, “We’re coming for your children”. All the “alphabet” groups that God calls abominations are out in the open, and more active than ever in recruiting for their causes. Sadly, they’re aiming for the younger generations, and are gaining ground all the way back to the 8 to 12 year old children. Kids are being told they can be any gender they want, and that’s an insult to the Creator of the heavens and the earth.

Genesis 1:27; “So God created man in His own image, in the image of God He created him; male and female He created them.”

Matthew 19:4; “He answered, have you not read that He who created them from the beginning, made them male and female?”

Instead of being concerned about gender identity, the youth of America and the world should be getting educated about the soon coming of our Lord and Savior, to call all true believers up to meet Him. Because of a turning away from Jesus that’s taking place today, our youths are either attending unbiblical services, or don’t even attend any services at all.

Statistics are showing that even in many older crowds, the true Biblical word is not being taught. False prophets are giving ear-tickling messages designed to leave everyone with a “happy” feeling. Telling people that they are sinners in need of a Savior (Romans 3:23; Romans 6:23) only causes distress, and is avoided. Instead, give them heart-thumping music and light shows and messages designed to keep the seats and collection plates full.

There are those who give estimates of what percentage of Americans are truly Christian, and overall, it’s believed to be only about 10% of the total population. One report stated that of the regular church-goers, it’s below 40% of the total that are true believers. The others apparently believe that just because they attend services one to three hours a week, that’s all they need. They’ve never truly received and accepted the gift of the Lord that was paid for in full at Calvary.

Everyone should review the ABC’s of Salvation in Romans 10:9-13; John 14:6; Acts 4:12 and others. Ephesians 2:8-9 should be reviewed to show that it is only through grace that we are saved, not by any works. The hardest part of all this is to have faith and believe God’s word says what He means, and He means what He says.

For those of us that have Jesus as our Savior, there is a longing to be with Him, and also anticipation that it will happen soon. A song by William Arms Fisher in 1922 is a spiritual called “Goin Home”. The words are plain and simple, but tells of the longing to go Home at last.

It’s not far, just close by; through an open door. Work all done, care laid by; goin to fear no more.

Mother’s there expecting me; Father’s waiting too, Lots of folk gathered there; all the friends I knew.

All the friends I knew; I’m goin Home. Nothing’s lost, all’s gain. No more fret nor pain; no more stumbling on the way. No more longing for the day; going to roam no more.

There’s no break; there’s no end; just a living on. Wide awake with a smile, going on and on.

There are some prophecy experts that say the Rapture is closer than we can even imagine. As a novice, I see all the signs and realize we are obviously at the time very near the end of this age. Only the Father knows the exact day, hour, minute and even second that He will send Jesus to get us. My prayer to Him daily is “It isn’t too early, Father. Come Lord Jesus!”

Don’t be left behind to face the worst 7-years this world will ever endure. Call on Jesus today, and become a part of His Flock that will be “Goin Home” soon.