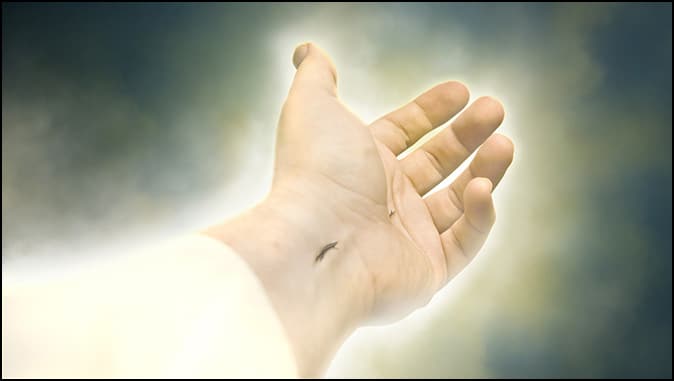 Anyone who cannot see the increasing trend toward pure evil in this world either isn’t looking, or they are already under the influence of 2 Thessalonians 2:11-12. “Therefore, God sends them a strong delusion, so that they may believe what is false, (12) in order that all may be condemned who do not believe the truth, but had pleasure in unrighteousness.” (ESV all emphasis mine)

What we are witnessing, especially in America, is the total “me” attitude. The turning away from anything that is “Christian” (2 Timothy 3:1-5) becomes more evident every day, and almost hourly. In fact, the evil forces are going after known Christian business, and trying to get them tied up in frivolous lawsuits, and ultimately put them out of business. There are numerous secular businesses who would only be too happy to provide the unbiblical services that are wanted, but Christians are purposely being singled out for persecution.

During the late 1960’s and early 1970’s, there were numerous protests over the Viet Nam conflict, and some of these even had violence involved. However, the degree of rioting, burning and looting, along with outright murder today, is unprecedented. The satanic influence if obvious.

Needless to say, this does not hold any surprises for our Heavenly Father, Son and Holy Spirit. Going back to Genesis 3:15, humans had already committed the first sin. We went from being immortal to becoming mortal; knowing pain and death and other suffering we were never meant to experience; and our whole existence changed because of satan’s deception. He used the first, “Did God Really Say?” line, and still uses it successfully today. Sadly, he has many that will still follow him all the way to destruction.

Genesis 3:15; “And I will but hostility between you and the woman, and between your offspring (demons) and her offspring (all humans and ultimately Jesus); and He shall bruise your head, and you shall bruise His heel.” Several sources explain that the serpent will bruise “His heel”, which is believed to be the crucifixion. However, the Messiah overcame the death, and rose to victory, and will ultimately “bruise his head” when satan is finally defeated, and thrown into the Lake of Fire forever. (Revelation 20:10)

In the meantime, especially up to the appearing of the ultimate evil one, this world will sink lower and lower. Forces of the new world order will continue to set the stage for the arrival of the antichrist and his false prophet. All true believers will continue to be persecuted until the Rapture. That action will usher in the final seven year period on this earth that will be more terrible than ever before. People will still seek Jesus as their Savior, but at the cost of martyrdom.

Some believe we are already in the first stages of the tribulation, but that starts with the peace agreement as given in Daniel 9:27, and can only happen as described in 2 Thessalonians 2:6-10. “And you know what is restraining him now (appearance of the antichrist), so that he may be revealed in his time. (7) For the mystery of lawlessness is already at work. (evil increasing) Only He (Holy Spirit) who now restrains it, will do so until He is out of the way (Rapture). (8) And then, the lawless one will be revealed, whom the Lord Jesus will kill with the breath of His mouth (Revelation 19:20-21), and bring to nothing by the appearance of His coming (physical arrival on earth). (9) The coming of the lawlessness one is by the activity of satan, with all power and false signs and wonders, (10) and with all wicked deception for those who are perishing (lost unbelievers) because they refused to love the Truth (Jesus) and be saved.”

From the creation of this earth, and all through its history up to Calvary, God knew that mortal humans could never satisfy His need for a perfect sacrifice for our sins. His Son, Jesus, second member of the Trinity, was destined to become a propitiation, or substitute, to take our deserved punishment. Could we possible ever have a friend so true as our Jesus?

How about a poem written in 1855 by Joseph M. Scriven, and music added in 1868 by Charles C. Converse, giving us one of the most inspiring hymns ever? It’s titled, “What A Friend We Have In Jesus”.

(4) Blessed Savior, thou has promised; thou wilt all our burdens bear. May we ever, Lord, be bringing; all to thee in earnest prayer. Soon in glory bright unclouded; there will be no need for prayer. Rapture, praise and endless worship; will be our sweet portion there!”

As one prophecy expert put it so eloquently; “There will be definite signs that the end of this age will have arrived, and the Rapture will be imminent. Can I say it more plainly – They’re All Here!” I agree with him completely.

True believers see this, and we are anxious for Jesus’ call. I say true believers because there are those who have never really called out to Him. They may attend “church” services, and to others appear to be “walking the walk”; however, many do this for show, trying to impress others. They just “talk the talk” without any true commitment to the Savior.

Romans 10:9-13 is specific; “because if you confess with your mouth that Jesus is Lord, and believe in your heart that God raised Him from the dead, you will be saved. (10) For with the heart, one believes and is justified, and with the mouth one confesses and is saved. (11) For the Scripture says everyone who believes in Him will not be put to shame. (12) For there is no distinction between Jew and Greek (gentiles); for the same Lord is Lord of all, bestowing His riches on all who call on Him. (and finally – 13) For everyone who calls on the name of the Lord will be saved.”

Today would not be too early to call on Him; tomorrow could be too late. When the “Trumpet of God” sounds, and the call from the “Arch Angel” takes place, there will not be time enough to call out for Salvation. It will be over in “the twinkling of an eye”, which is calculated at considerably less than one second. Be Prepared is the old Boy Scout motto, and it applies completely here. God wants everyone to come to repentance and be saved (2 Peter 3:9), but will force no one. He will send us encouragement to accept His Son, but will not do this forever. As told earlier, he will eventually send a delusion so that the lost will believe satan’s lies.

He’s waiting for your call. You have done nothing so serious that you cannot be forgiven, except to take your last breath here without Jesus. You will have a reservation that will never be cancelled once you have Jesus in your heart as Savior. Call Today!