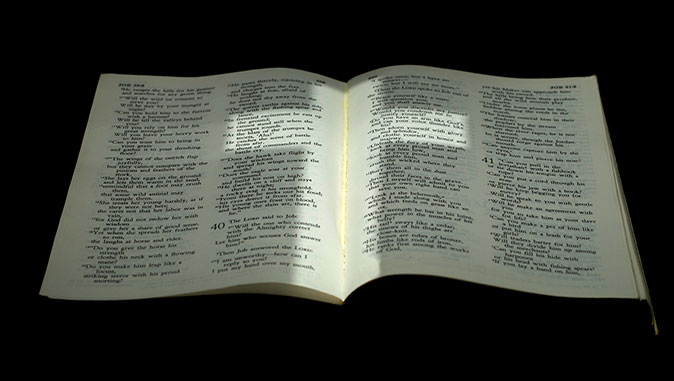 Do Not Change God’s Word
By Dennis Huebshman

It has become a common practice in today’s society to turn God’s words around to become something that was never meant. One example that I observed just a few days ago, was the taking of the phrase “Fear Not”, and stating that Jesus said this numerous times to indicate that everyone in the LGBT, and all the other groups, would know that their lifestyles are acceptable, and to “Never Fear” what anyone else may think. God does not contradict Himself ever, and what He called abominations in the past, are still just that today. (all emphasis mine)

Before going any further, let’s take a close look at Revelation 22:18-19; “I warn everyone who hears the words of the prophecy of this book; if anyone adds to them, God will add to him/her the plagues described in this book; (19) and if anyone takes away any from the words of the book of this prophecy, God will take away his/her share in the Tree of Life, and the Holy City, which are described in this book.” Verse 20 continues with the qualifier; “He who testifies to these things (Jesus) says ‘Surely, I am coming soon’! Amen, Come Lord Jesus!”

The beginning of the Book of Revelation tells us that Jesus Himself sent an angel to the disciple John, to reveal what would take place near the end of this age. (Revelation 1:1-3)

In 2 Peter 1:20-21, we’re told; “knowing first of all, that no prophecy of scripture comes from someone’s own interpretation. (21) For no prophecy was ever produced by the will of man; but men spoke from God as they were carried along (inspired) by the Holy Spirit.”

Next, looking at 1 Peter 1:12; “It was revealed to them that they were serving not themselves (the prophets), but you, in the things that now have been announced to you through those who preached the good news (true Gospel) to you by the Holy Spirit, sent from Heaven, things into which angels long to look.”

After this, 2 Peter 2:1-3 talks about issues in his time that have grown stronger today. “But false prophets also arose among the people; just as there will be false teachers among you who will secretly bring in destructive heresies; even denying the Master (Jesus), who bought them (with His precious blood), bringing upon themselves swift destruction. (2) And many will follow their sensuality, and because of them, the way of the truth will be blasphemed. (3) And in their greed, they will exploit you with their false words. Their condemnation from long ago is not idle, and their destruction is not asleep.” Sadly, all who are caught up in the false doctrines will be condemned along with the false prophets. Ear-tickling, unbiblical church sessions do not serve our Lord God Jehovah; Creator of the Heavens and the Earth.

There are satanic worshipers who declare that it isn’t necessary to have Jesus as our Savior, as He was just a human that was a good prophet. John 14:6, which just happens to be my life verse, states; “Jesus said to him, I am the Way, the Truth, and the Life; no one comes to the Father except by Me.” This dispels the notion that there’s many ways to Heaven without Jesus. Thing is, one has to first believe the Bible is the inerrant word of God to us.

John 14:17; “Even the Spirit of Truth, whom the world cannot receive; because it neither sees Him, nor knows Him. You know Him, for He dwells with you, and will be in you.” This is a promise for all who have received and accepted Jesus as their Savior. Also, John 16:13; “When the Spirit of Truth comes, He will guide you into all the Truth; for He will not speak on His own authority, but whatever He hears, He will speak; and He will declare to you the things that are to come.” Because the worldly people do not have the Holy Spirit within them, they will not believe the truth, but will choose myths that are pleasing to them.

Proverbs 12 has several verses that speak about giving the True Word. Verse 17; “Whoever speaks the truth, gives honest evidence, but a false witness utters deceit.” Verse 19; “Truthful lips endure forever; but a lying tongue is but for a moment.” Verse 20; “Deceit is in the heart of those who devise evil; but those who plan peace have joy.” Finally, Verse 22: “Lying lips are an abomination to the Lord; but those who act faithfully are His delight.”

The Father does not expect us to know every word in his letter to us (Bible) by heart; but if we are to speak on His behalf, He expects us to back up what we say with His true words. In 1 Peter 3:15-16 we’re told; “but in your hearts, honor Christ the Lord as Holy; always being prepared to make a defense to anyone who asks you for a reason for the Hope that is in you; yet do it with gentleness and respect, (16) having a good conscience so that when you are slandered, those who revile your good behavior in Christ may be put to shame.”

All the signs that were spoken of to let us know we are in the “season” of the end of this age are here right now. They are accelerating rapidly, and one day very soon, there will be a group of people that will suddenly disappear from this earth. False teachers and antichrists have already come up with an answer for this; and that is that all the “haters” will have been removed so that those still here can enjoy the pleasures of this earth It will become evident soon after the Rapture that this is a huge lie.

Please know that all who are in Christ Jesus will not face condemnation (Romans 8:1), and all who call on Him will be saved (Acts 2:21; Romans 10:9-13). The “harpazo”, “Rapture” or “Taking Up” will happen, and be over in less than one second. That is why it is a very wise decision to ask Jesus to forgive you and be your Savior before it happens.

Once a person takes their last breath on this earth, their forever is set. Heaven or Hell are the only two options; and each person is responsible for the choice they make. Just saying, “But I’m a good person” will not save anyone. Re-read John 14:6, and add to it Acts 4:12; “And there is Salvation in no one else, for there is no other name under Heaven given among men by which we must be saved.”

There will be a lot of people who sat in every church service, yet never accepted Christ. They will be amazed that they didn’t go in the Rapture, and even further dismayed they end up at the Great White Throne Judgment.

Each minute you delay calling on Jesus is a gamble, because we’re not guaranteed to be here for the next one. When our time is up, either by death or Rapture, it will be set in stone what our eternal destination will be. Right now would be a great time to make your eternal home with Jesus a sure thing. He’s waiting for your call so He can prepare a place for you. (John 14:1-3)

Hope to see you there! Maranatha! Come Lord Jesus!

Jesus Is Savior and Shepherd

Jesus Is Savior and Shepherd By Dennis Huebshman In a number of messages, I have…