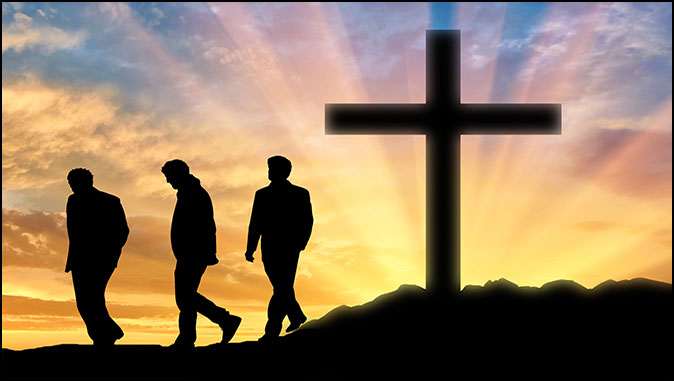 From 2 Chronicles 7:14; “if My people, who are called by My Name, humble themselves, and pray, and seek My face, and turn from their wicked ways, then I will hear from Heaven and will forgive their sins, and heal their land.” (ESV any emphasis mine)

This would be for people who know they have done wrong, and have sinned, but repented and turned back to the Father who was willing to forgive them. Prior to Calvary, all who were in the will of God, have an eternal home with Him. From Calvary, and extending to the end of the Millennial reign of Jesus, all who receive and accept His gift of Salvation will be in Heaven forever.

On the other hand, I was directed by a very dear friend to look at a Facebook site that Barry McGuire’s song would have aptly described in one line; “And you tell me you don’t believe we’re on the eve of destruction”. What I saw and read was absolutely disgusting.

What was the title of that site, and the message being given? It was; “Global Middle Finger to End Christianity”, and it is scheduled August 12, 2021. Somehow, I don’t see the Creator of the Universe; our Heavenly Father; the Lord God Jehovah just letting that pass with no repercussions. There was a picture on the site of a group of people who were smiling, and extending their middle fingers for the camera to record.

The message given in the site was to “end Christianity, and create more atheists while fighting the global prayer so their ‘sky daddy’ won’t snatch us up.” I don’t believe they will have to worry about being “snatched up” in the coming Rapture. This is absolute blasphemy against God, His Son and the Holy Spirit.

Our Heavenly Father has no illusions as to what is about to take place, as He has given us a complete preview in His Holy Word about what the end of this age will be like. Jesus said His followers would be hated, which is exactly what is happening right now. He said that more would be in the pathway to destruction, than on the path that leads to eternal life. Christianity in America is at an all time low, with the “alphabet” groups challenging anything that has to do with Jesus. They hate us, but we are called the haters.

During the judgments in Revelation, we’re told the people cursed God rather than repent when the judgments were applied. These will have succumbed to the evil antichrist, and in effect will have sold their souls to satan.

Satan knows he has no path to forgiveness, and that his ultimate eternal destiny is the worst possible punishment forever in the Lake of Fire. The fallen angels, or demons, are next in line. They will be followed by every other lost sinful soul from the beginning of time, to the last day this earth is here. (Matthew 25:41)

How many times have we heard that God will not be mocked (Galatians 6:7-8), yet, that is exactly what this demonstration will be doing. There was another march in Southern California about a year ago, where the people were photographed carrying signs that read, “God, Get Out Of California”. A quick question here; has California, and the whole west coast for that matter, been subject to any abnormal weather conditions? How about record-setting fires, or any other abnormal issues? Seems we hear about record breaking events having taken place almost daily since that demonstration, and the severity is only increasing.

My feeling after looking at that Facebook post, was a sick and disgusting feeling. This is totally an “in Your face God” demonstration with absolutely no doubt about it. Going to 2 Timothy 3:1-5, we have an extensive list of what end-time attitudes and actions would be by the followers of satan. Each and every one of them is present today, and for the first time, all at once.

Please understand, that even though all this and other actions that are happening are sickening, my prayer is that these folks would come to realize the consequences of their acts, and would ultimately repent and call on Jesus to be forgiven.

Though this is not possible for lucifer and his demons, humans do have an option to change. Every human from our parents in the Garden of Eden, all the way through today have sinned. Romans 3:23; “for all have sinned and fall short of the glory of God.” Romans 3:10; “as it is written, none is righteous, no not one.” Then Romans 6:23; “for the wages of sin is death, but the free gift of God is eternal life in Christ Jesus Our Lord.”

The main stipulation to receive forgiveness is to receive and accept Jesus before taking our last breath on this earth. Once we have gone past that point, our eternity is set. All the lost will get in a very long line at the Great White Throne of Revelation 20:11-15; and they will be shown what their eternal punishment will be. They will have no option for forgiveness there, and they will be shown what they could have done differently to have been saved.

Romans 10:9-13 says that all who truly admit and confess they are sinners; believe Jesus is the true Son of God who died for all of our sins, and is the only way to Heaven (John 14:6); and all that call on the name of the Lord will be saved. This is not something just to recite, but is to be believed and have faith in our hearts that God’s word is truth. The demonstrators do not accept the Bible as they believe it’s full of fairy tales and myths.

Our Heavenly Father does not want any of us to fail (2 Peter 3:9); and He supplied the only sacrifice He could accept, that would cover all of our sins. Only the pure sinless blood of Jesus would qualify for this gift. We have that opportunity to call out and be saved, but there are many who will not do so because they have a love for the things of this world rather than love and have Jesus as their Savior and Redeemer. Satan is a master of deception, and his goal is to pull as many souls away from Jesus as possible.

For a brief moment, think about your eternity. Will it be Heaven or Hell? It’s completely your choice, and the most important decision you will ever make. While these demonstrators may think they’re clever, one day they will regret their actions, if they don’t repent.

Instead of getting on that evil bandwagon, please recognize that satan is not our friend by any stretch of the imagination.

My prayer? Lord, please touch each and every one of these souls, and open their eyes to what they are actually doing. Please give them one more chance to repent, Heavenly Father, and if they refuse, it will be their own choice.

Pass It On By Dennis Huebshman As a kid many years ago, we used to…