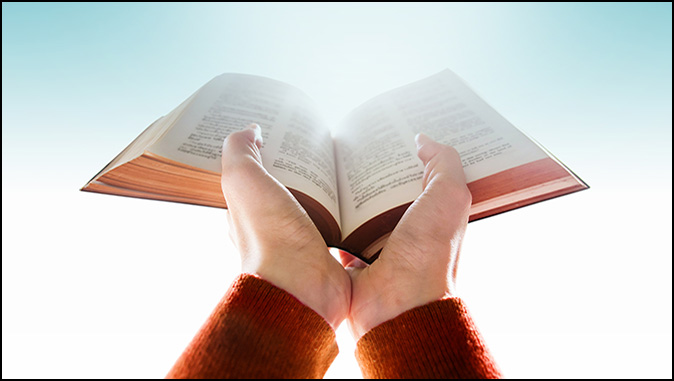 Come Lift Up Your Sorrows
By Dennis Huebshman

It would seem that all true believers of Our Lord and Savior, Jesus the Christ should be dancing in the streets; rejoicing; singing praises; and glorifying His name every day. All end-time prophecy is obviously being fulfilled, and it is almost certain that our generation will be the one that will be caught up to meet Jesus in the air; and very soon. In Luke 21, and other places in the Holy Word, Jesus gave the signs that would be present at the end of this age. In verse 28 he stated; “Now when these things begin to take place, straighten up and raise your heads, because your redemption is drawing near” (ESV – all emphasis is mine)

The ”signs” began to appear in earnest just over a decade ago, and with each passing day, there has been continued acceleration of all evil events. Belief in Jesus as Lord and Savior had declined considerably, and the abominations that the Father condemned are out in the open, and are being accepted as a “new normal”. Even in evangelical pulpits, the word is being given that God is a “God of Love”, and therefore whatever a person considers to be their idea of what love is, should be acceptable by Him, no matter how perverse that so-called love is.

One big problem with that is, this is satan’s influence in trying to draw as many souls away from the Savior as possible, and he uses every evil perverted tactic possible. God does not change His mind, and evil is evil no matter how great or small the sin is. The false prophets in the man-made religions are giving “ear-tickling” messages and heart thumping music that are nowhere near Biblical.

The idea that false prophets and antichrists would be present is nothing new. Even in the first century, Jesus, Paul, John, Peter and others said they were already there, and would only get bolder as this era comes to an end. Satanic worship has always been here, but nowhere to the extent as today. In fact, for the first time, it’s actually on public display, and satan’s followers are openly worshiping him. Talk about a misnomer, there are even “Churches of satan” that have opened around our country.

For believers, there is a sadness in witnessing the decline of Christianity. Jesus Himself knew there would be more on the path to destruction, than on the straight and narrow way to eternal life as given in Matthew 7:13-14. By coming to the earth at the designated time as fully human, He personally witnessed the hate there was for anything that pertained to the “Followers of the Way”; later called “Christians” at Antioch in Acts: 11;26.

Our Savior became lower than the angels while He was here (Hebrews 2:9), so that His sacrifice could be pure and acceptable; and also He could experience first hand what we go through. Fortunately for us, He never once sinned, and is the only “human” that will ever live on earth that could accomplish this.

Initially, we are saddened that He had to suffer such cruelty by death on a cross. We need to remember He did so for all of us, and did so willingly. (John 10:18) What He endured was not just for God’s chosen people, the Jews, but for every human being from that moment on. (John 10:16)

By His shed blood, all who receive and accept Him are saved. (Joel 2:32; Acts 2:21 and Romans 10:13) Rather than be sorrowful, we need to “Lift up our Sorrows”, and rejoice that we have a creator that loves us so much. And yes, Jesus is God (John 10:30), and along with the Heavenly Father and Holy Spirit, He is our Creator. John 1:1-3; “In the beginning was the Word, and the Word was with God, and the Word was God. (2) He was in the beginning with God. (3) All things were made through Him, and without Him was not anything made, that was made.”

The Holy Trinity has always existed, and had no beginning, and will have no end. This is very difficult for us flawed humans to wrap our minds around, but by Faith we believe it to be so. Everything else is “created” including satan and all his demons (fallen angels). When we finally get “Home”, whatever the Father believes we need to know will be revealed to us. Meanwhile, though it is difficult in these troubling times, we need to be joyful, not sorrowful, because we will soon be free from this evil world forever.

Michael Card is a Christian minister and songwriter, and in 2006 He wrote a song called “Come Lift Up Your Sorrows”. He himself made the statement that this is about as good as anything he ever wrote.

ref.) O Come lift up your sorrows, and offer your pain; come make a sacrifice of all your shame; there in your wilderness He’s waiting for you; to worship Him with your wounds, for He is wounded too.

2.) He has not stuttered, and He has not lied; when He said Come unto Me, you’re not disqualified. When you’re heavy laden, you may want to depart; but those who know sorrow, they’re closest to His heart. (ref)

3.) In this most Holy Place, He’s made a sacred space; for those who will enter in, and trust to cry out to Him; and you’ll find no curtain there, no reason left for fear. There’s perfect freedom here, to weep every unwept tear. (Ref x2)

This world is running full speed ahead in bringing forth the ultimate evil antichrist and his false prophet. The 7-year tribulation, also know as the wrath, is just around the corner. It becomes more and more obvious that evil forces are at work preparing for their entry. It has become acceptable to present LGBT and all the other letters in schools or in public events, but don’t try to pray to the Savior. Somehow that has become a crime around the world, and in some areas will cause a person to be arrested. When the evil one arrives, this will be the law in every corner of the earth.

As stated at the beginning of this message, we should be rejoicing. These events are a sign the antichrist is near, but that means the Rapture is nearer still. In 1 Thessalonians 1:10; 1 Thessalonians 1:5:9-10 and Revelation 3?10, we are told we will be kept from the “hour of trial”; “the wrath to come” and God has not “destined us for wrath”. Before the “man of lawlessness” can be revealed, the “one who now restrains him” must be taken out of the way. (2 Thessalonians 3-8)

The one who restrains is accepted as being the Holy Spirit who indwells all true followers of Jesus. Some verses that tell us this are John 16:33; Romans 8:9-11; 1 Corinthians 3:16; 1 Corinthians 6:19; and 2 Timothy 1:14. These are but a few of the Biblical verses about having the Spirit with us and within us. If this Spirit is removed to allow the entry of the antichrist, it follows that all who were indwelt must be removed, as will be done through the Rapture. (1 Thessalonians 4:13-17 and 1 Corinthians 15:51-53)

Likewise, all who do not have Jesus as Savior will be lost forever. In fact, God will send a strong delusion to those He knows will not repent, so they will have condemned themselves. (2 Thessalonians 2:11-12)

There is nothing difficult about receiving and accepting the Savior, except for being deceived by evil forces. The simple steps are found in Romans 10:9-13, followed up by Ephesians 2:8-9. So very simple, yet our eternal Heavenly Home is at stake.

All who leave this earth, either by death or Rapture, that had called out to be saved, will never have any sorrows ever. There is a cost, and it’s something no one could ever afford. However, part of the rejoicing is that, “Jesus paid it all; all to Him we owe; sin had left a crimson stain; He washed it white as snow.”

Call out today – your reservation is there waiting for you.