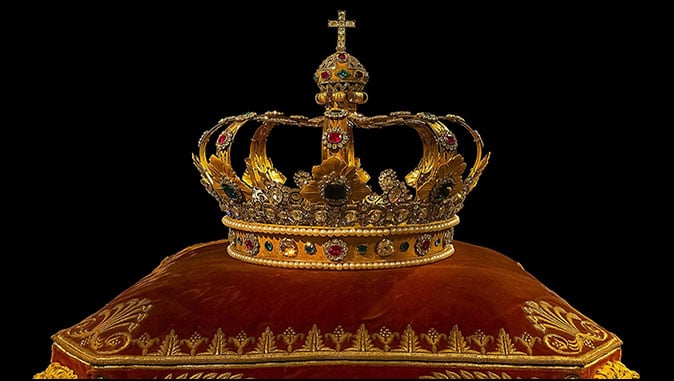 Children Of The King
By Dennis Huebshman

Romans 8:16-17; “The Spirit Himself bears witness with our spirit that we are Children of God, (19) and if Children, then heirs; heirs of God, and fellow heirs with Christ, provided we suffer with Him, in order that we may also be glorified with Him.” (any emphasis mine)

The first song that is on record with this title was written by Harriet E. Buell, and music applied by John B. Sumner in 1877. This one is in several Church hymnals. There are over a dozen other songs with the line, “I’m a/the Child of the King”, and all of them give praise and glory to the Father for His absolute love for us.

In today’s radical world, claiming the Father, Son and Holy Spirit is an invitation to ridicule and persecution. Although this concept is not new, it’s becoming more pronounced daily.

Jesus was ridiculed, and eventually crucified due to the actions of the “religious leaders” of His day; even though they did not realize they were fulfilling prophecy. Had they been more well versed, they may have realized He truly was the Son of God, as was proclaimed by an unnamed Roman Soldier at the moment of Jesus’ death. (Matthew 27:54; Mark 15:39 and Luke 23:47)

Prophecy tells of the Messiah coming to earth without all the pomp and circumstance people would expect. Peter tells us that it was known by God before the earth was formed, that He would have to provide the “spotless Lamb” to be sacrificed for our sins. (1 Peter 1:19-20) Jesus’ first trip to earth was nothing like it will be when He returns to rule in the Millennium.

Isaiah 53 gives us a wealth of information as to how the Messiah would be treated, and what His reactions would be. This was about 700 years before the birth of our Savior on this earth, to a virgin. (Isaiah 7:14)

He had no stately form or majesty or appearance that would stand out. He was despised and rejected by many. (v.2-3) He took the pain and suffering we deserve, and through His wounds we are healed. (5) He remained silent and did not resist the unfair trial, abuse and unfair death that He suffered for our sakes. (7-8) He was buried in a rich man’s grave. (9)

As a result of our Savior’s perfect sacrifice, eternal life with Him in absolute paradise is possible for every human that will ever have lived, is living now, and ever will live, all the way to the end of the Millennial reign of Jesus the Christ.

The hard part to understand is that it will be a minority of all the people, who will ever live, that will enter Heaven. This is no surprise to the Lord as He understands human nature better than anyone. I’ve given these verses many times in the past, and it’s still a fact about this sin-filled world. Matthew 7:13-14; “Enter by the narrow gate. For the gate is wide, and the way easy, that leads to destruction, (Hell) and those who enter by it are many. (14) For the gate is narrow, and the way is hard that leads to life, (Heaven) and those who find it are few.”

Prior to Calvary, one had to do the will of the Father, and not worship other gods to receive eternal life. That does not mean they never sinned as all of us sin, and fall short of the Glory of God. (Romans 3:23) It means they knew their shortcomings, and would confess and take responsibility for their sinful actions.

From Calvary to today, and continuing to the end of the Millennial Reign, all who have Jesus as their Savior will be saved. Acts 2:21; “And it shall come to pass, that all who call upon the name of the Lord will be saved.” This is also in Romans 10:13.

Everyone; all; no exceptions; that refuse to accept Jesus and the gift He provided through His death, burial, resurrection and ascension back to Heaven, will have chosen Hell as their eternal destiny. Revelation 20:11-15 tells of the fate of all who went against the Father, and all who rejected Jesus. “Then I saw a great white throne, and Him who was seated on it. From His presence, earth and sky fled away, and no place was found for them. (12) And I saw the dead, great and small(one’s status does not impress God), standing before the throne, and books were opened. Then another book was opened which is the Book of Life. And the dead were judged by what was written in the books, according to what they had done. (13) And the sea gave up the dead who were in it; Death and Hades (holding places prior to this judgment), and they were judged, each one of them, according to what they had (or had not) done. (14) Then Death and Hades were thrown into the Lake of Fire. This is the second death (eternal), the lake of fire. (15) And if anyone’s name was not found written in the Book of Life, he/she was thrown into the lake of fire.” It should be noted, all who are at this judgment will not be in the Book of Life. They will be shown that they had opportunities while alive to avoid Hell, but through their own actions and failure to receive and accept Jesus, they chose to be there.

God does not want any to fail as given in 2 Peter 3:9. However, He is fair and just to “allow” our freedom of choice. I praise Him daily that I was allowed to choose My Jesus, and call out to Him to be saved. My daily prayer is that all our loved ones will do the same.

By calling out, I am assured I am a “Child of the King”. My wife also has called out, and it’s comforting to know we will spend eternity with our Lord and Savior.

The Buell/Sumner song starts with praise and glory about our Father, just as Jesus taught us we should do first when we pray. It tells that Jesus can honestly say He understands us, as He lived fully as a human for over 30 years on earth. Although He was still fully God, He allowed Himself to be “lower than the Angels” (Hebrews 2:7), to experience all that we do. Having done so, He has the right to claim all who will call out to Him to be saved. There is a stanza that tells about all being sinners, but are “adopted” when we become a Child of the King. No matter what our living arrangements are in Heaven, they will far exceed anything on earth.

Consider the words to this amazing song:

(1) “My Father is rich in houses and lands; He holdeth the wealth of the world in His hand. Of rubies and diamonds, of silver and gold, His coffers are full; He has riches untold.

(2) My Father’s own Son, the Savior of men; once wandered the earth, the poorest of them. But now He is pleading, our pardon on high; That we may be His, when He comes by and by.

(3) I once was an outcast, stranger on earth; a sinner by choice, an alien by birth. But I’ve been “Adopted”, my name’s written down; an heir to a mansion, a robe and a crown.

(4) A tent or a cottage, why should I care? They’re building a place for me, over there. Though exiled from Home, yet still I may sing; All Glory To God; I’m a Child of the King!”

The choice is totally up to each individual – Heaven or Hell. There’s no other way that exists. No one who truly calls out will be turned away; likewise, no one will be forced to do so. Ours is a God of pure love, and it wouldn’t be love if He forced our decisions.

Choose “Life” and “Eternity” with our King of King and Lord of Lords. You will become an heir to the Father the instant you do. Jesus will be calling all true believers soon, to keep us from the coming Wrath (Revelation 3:10). We’re not guaranteed another day here; today would not be too soon to become “adopted”. Hope to see you there!