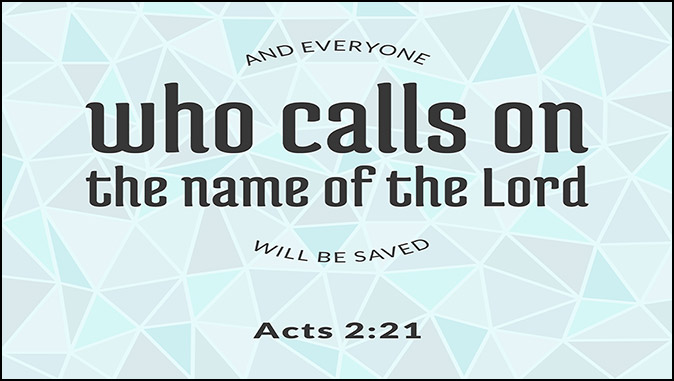 Believer But Not A Receiver
By Dennis Huebshman

Question; can someone believe in God, Jesus and the Holy Spirit, and yet not be saved? James 2:19; “You believe that God is one; you do well. Even the demons believe and shudder.” Matthew 25:41;

“Then He will say to those on His left, ‘Depart from Me, you cursed, into the eternal fire prepared for the devil and his angels’.” (ESV – all emphasis mine)

Satan is a believer. The fallen angels are all believers. They were once in the presence of the Lord God Jehovah, and they know God, Jesus and the Holy Spirit are real. The main issue started with a destructive self-pride as given in Isaiah 14:12-16 and Ezekiel 28:13-19. Of all the archangels that were created by our Heavenly Father, satan was probably the most beautiful of them all.

Singling out Ezekiel 28:17a; “Your heart was proud because of your beauty; you corrupted your wisdom for the sake of your splendor…” He was definitely an influential angel, and as Revelation 12:4 tells us, a third of the stars of Heaven were cast out with him. These are the fallen angels who willingly followed lucifer, and are now classified as demons.

The issue that becomes known is that our God allows each and every being; angel or human; to decide their own eternal destiny. If he had to force anyone to receive and accept the Holy Trinity, that would be a dictatorship, and He could no longer be considered a God of pure love.

The difference between all of the evil forces, and of all humans is that satan and his demons have no pathway to forgiveness. Our Savior died on that cross to prepare a sure way for all humans who would receive and accept Him as their Savior. The evil forces had already seen the glory and splendor of the Creator, but decided to reject Him and follow the ways of the devil. They are pure evil.

For all humans that have admitted that they are sinners; put their faith and trust and belief in the fact that Jesus is the only way to the Father, and therefore the only way to eternal life; and have called out for the Shepherd to add them to His precious flock; they will be saved. (Romans 3:10; Romans 3:23; Romans 6:23; John 14:6; Acts 2:21 and Acts 4:12)

Where satan has no forgiveness options, all true human believers have 1 John 1:8-10 as a covenant with the Father. “If we say we have no sin, we deceive ourselves, and the truth is not in us. (9) If we confess our sins, He is faithful and just to forgive us our sins, and to cleanse us from all unrighteousness. (10) If we say we have not sinned, we make Him a liar and His word is not in us.” Titus 1:2 simply states that God is unable to lie.

No one, on their own merits, can “earn” one second of time in Heaven. It is only through the grace of our Savior, and the mercy of the Father that we have a real pathway to them. Ephesians 2:8-9 plainly states; “For by grace you have been saved through faith. And this is not your own doing; it is the gift of God, (9) not a result of works, so that no one may boast.”

No special rituals; no special donations; just A-B-C. Admit (confess); Believe (have faith); and Call. Going to Ephesians 2:19-22, we see the results of following God’s promise; “So then, you are no longer strangers and aliens, but you are fellow citizens with the saints and members of the household of God, (20) built on the foundation of the apostles and prophets, Christ Jesus Himself being the cornerstone, (21) in whom the whole structure, being joined together, grows into a holy temple in the Lord. (22) In Him, you also are being built together into a dwelling place for God by the “Spirit”. In these few verses, we have the entire Holy Trinity involved.

Following everything above, all who not only believe in the Savior, but who also receive the free gift He has offered through the shedding of His own blood, and accept that gift of eternal life with Him, are the truly saved believers.

There are many more lost souls on earth than those who are truly saved. For example, of God’s chosen people, the Jews, with over 15 million worldwide, only about 2% to 3% are Messianic, which means those who accept Jesus as their Messiah, and are waiting for His call to be with Him forever.

This does not surprise our Savior, as He Himself stated that there are more souls on the road to destruction, than on the straight and narrow pathway that leads to Him. (Matthew 7:13-14) That applied 2000 years ago, and still applies today. According to a 2021 George Barna study, of all who profess to be Christians, only about 6% to 9% are true Bible believers, and Bible followers. Sadly, there are many that are following false teachings from false prophets in some evangelical pulpits today.

Jesus gave a whole bunch of “woe-be’s” to the religious leaders of His time on earth, (Matthew 23) and accused them of “straining for a gnat, yet swallowing a camel”. (Matthew 23:24) They were constantly tweaking what God had given to Moses to fit their own personal selfish desires.

By the way, the master of all lies loves how this is turning out. In fact, there are even “churches of satan” opening around the country. Their activities are out in the open, and their disdain against anything that pertains to Jesus is obvious. Satan knows what his eternal fate will be, and so do all his demons. Yet, in their hatred for our Savior, they still want to take as many souls to hell with them as possible.

Satan would have everyone believe that they are not worthy of the gift given at Calvary; and truthfully, this is an absolute truth in and of itself. However, as given above, God is fully aware that there are no humans that are worthy on their own merits, but will honor all who truly have Jesus as their Savior.

God knew that no sacrifice we could ever make would be perfect, and therefore He could never accept our efforts. The only pure sacrifice was made by the fully-human Jesus; yet fully Son of God; who was the only person who would ever live a sinless life here on earth.

However, the gift must be received and “opened” (accepted), before a person takes their last breath here on earth. Otherwise, there is no forgiveness at the Great White Throne of Revelation 20:11-15.

People spent a lot of money recently on a very large lottery payout, yet won’t spend a few minutes calling out for their eternal soul to be prepared for Heaven. No earthly so-called treasure is worth our eternal soul, no matter what satan tempts you with.

We are rapidly approaching the time of an event called the Rapture, and all who will be left behind will face a world as they have never seen. What’s happening today is just a prelude, and is a picnic compared to the coming 7-year Tribulation/Wrath.

Jesus died for all who will truly call on Him. He will take your call 24-7, and right now would be an excellent time to choose Heaven over hell. The only difficult part is believing it’s true, as so many think there has to be a lot more to it than is actually required. God wants all to call out and be forgiven, and no one to fail. (2 Peter 3:9)

This very minute would not be too early to call; tomorrow could just be too late. Hope to see you at Home!