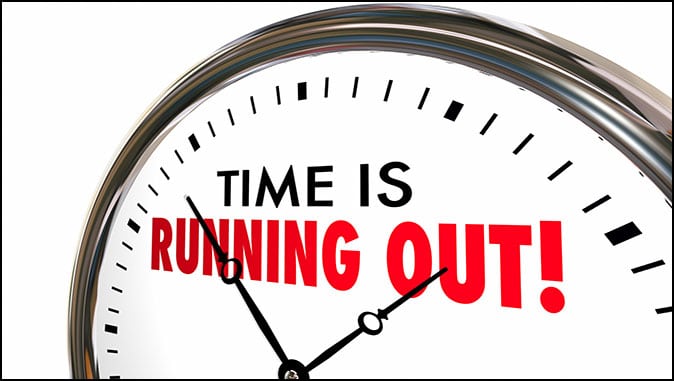 Are Your Affairs In Order?
By Dennis Huebshman

As one prophecy expert has stated, now is not the time to “get” ready, but to “be” ready for Jesus to call. There are no other events on the prophetic calendar that need to be completed before all true believers are removed. God has fulfilled every prophecy that was to be completed before the Rapture (harpazo, taking up), with 100% accuracy. There is absolutely no reason to believe He will change now; just as He has never changed His mind about what constitutes an abomination to Him. (any emphasis mine)

One question I have been asked is, “How do I know if I am “truly saved”? First and foremost, attending regular church services is not what saves a person. There are those who attend services for human fellowship all their lives, yet have never asked Jesus to be their Savior. They will not spend eternity with Him in heaven.

There are some previously bible-based churches that have turned, and are not preaching the true word today. Some are even “tweaking” the Holy Word saying things like; all religions worship the same god; or Jesus is only one of many ways to heaven; and as stated, God no longer holds us responsible for what He has declared to be abominations. Some are declaring there’s really no such place as hell. (more on attending church later)

We were told there would be an increase of false prophets in the end time, and today, they are running some prominent organized churches. Our Salvation is an “Individual” relationship with Jesus. Just because a preacher might declare something as being God’s word, unless it truly is in God’s word, it won’t count. All true ministries encourage bible study to make sure the pastor is actually giving the true word.

There will be people who will have never attended a formal church service, yet they will be saved. Whatever the circumstances were which introduced them to the Savior, that is what led them to call out to Him to be saved. To give the mechanics of this, please follow Romans 10:9-13, and especially verse 13.

(9) because if you confess with your mouth that Jesus is Lord, and believe in your heart that God raised Him from the dead, you will be saved. (10) For with the heart one believes and is justified, and with the mouth one confesses and is saved. (11) For the scripture says, “Everyone who believes in him will not be put to shame’. (Isaiah 45:17; Isaiah 54:4; Joel 2:26-27) (12) For there is no distinction between Jew and Greek, for the same Lord is Lord of all who call on Him. (13) For everyone who calls on the name of the Lord will be saved.”

Please note in verse 12 that it says there is no distinction between Jew and Greek. Some other verses that address this are John 10:16; Acts 10:34-35 and Romans 2:11. Our Salvation is through the Grace of Jesus, and the Mercy of the Father. Ephesians 2:8-9; “For by Grace you have been saved through faith. And this is not your own doing; it is the gift of God, (9) not as a result of works, so that no one may boast.” That “gift” of God is His divine Mercy of forgiving all the sins of everyone who receives and accepts Jesus as their Savior. After all, Jesus is the only way to the Father, as stated in John 14:6; John 3:18; Acts 4:12; Romans 8:1; Romans 5:8 and 1 John 5:12, just to name a few.

We are not saved by any works, and it cannot be bought at any price. We also are not saved by being a “good person”. I’ve already given Ephesians 2:8-9, and going even further back we have Isaiah 64:6; “We have all become like one who is unclean, and all our “righteous deeds” are like a polluted garment”.

How about Psalm 103:10-12; “He does not deal with us according to our sins; nor repay us according to our iniquities. (11) For as high as the heavens are above the earth, so great is His steadfast love toward those who fear (respect) Him; (12) as far as the east is from the west, so far does He remove our transgressions from us.”

Romans 8:1 does not say there is “no condemnation for all who are regular church goers”. It states; “There is therefore now no condemnation for those who are in Christ Jesus.” Please know, I am not cutting out the value of Church fellowship. What I am saying is, be there for the right reason. Jesus held “services” almost everywhere. The religious leaders in the “Temple” should have been the most righteous, but were clearly far removed from God’s true word. Jesus didn’t hesitate to point this out to them often.

It’s the condition of each and every individual’s heart that counts; no matter who they are or where they are from. There are people in other countries that are being martyred for their faith, because they have accepted Jesus as their Savior, yet even the prospect of death does not pull them away from Him.

So far, we have been fortunate in America that we have less persecution than this. However, the day is rapidly approaching when this will not be the case. There will be an evil ruler of the world that will demand everyone worship him, or be killed. That will be during the 7-year tribulation, and it’s stated that 2/3 of the world population will perish. (Zechariah 13:8)

That time is very near; the Rapture is even closer than that. God says in 1 Thessalonians 1:10 and 1 Thessalonians 5:9-10 that true believers will not go through the wrath. His word is good (Titus 1:2), and His timing is perfect.

While you may still have time, call out to the Savior to forgive you of your sins (Romans 3:23; Romans 6:23), and for Him to be your Savior forever. We can’t even begin to imagine just how close it is that Jesus will call. Afterwards it will be the most terrible time this earth has ever had. If you call on Him right now, you will “be ready”.

All who refuse to have Jesus as their Savior will end up at the Great White Throne of Revelation 20:11-15, and then join satan, the antichrist and the false prophet in the Lake of Fire. Hell was made for satan and his followers as stated in Matthew 25:41.

No matter what else your life may be involved in right now, there’s nothing as important as your eternal destiny. Our entire lifetime here is less than one blink of the eye, compared to eternity.

What is God waiting for? How about one more gentile? Romans 11:25; “Lest you be wise in your own sight, I do not want you to be unaware of this mystery, brothers; a partial hardening has come upon Israel until the fullness of the gentiles has come in.”

Fullness means total Just think, are you that last gentile? One day soon, it will happen, and those who have Jesus will be gone from this earth. Meanwhile, God is giving us time by being patient with us (2 Peter 3:9), but as always happened in scripture, when time was up, it happened suddenly.

Make sure your affairs are in order. Call out to Jesus to be your Savior, and when you do sin, ask His forgiveness, and it will be granted as stated in 1 John 1:8-10. You must know that His gift totally paid our way, and He will leave no one behind who is part of His flock. (John 10)