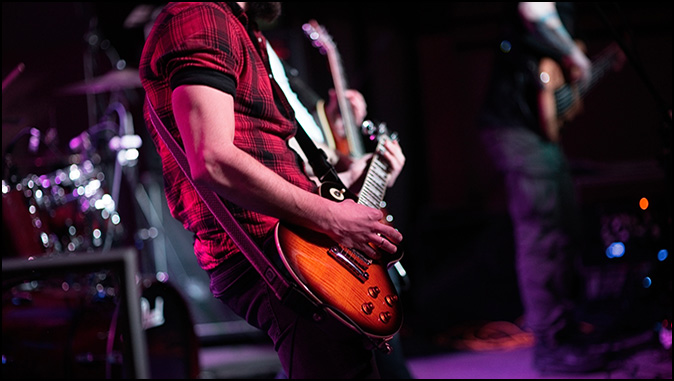 And The Band Played On
By Dennis Huebshman

As we draw closer to the end of this age, many events are happening that would not have been able to take place in the distant past. Just within this past decade, we have seen an increase in evil, violence, anti-Jesus movements, and definitely a lack of common sense about human gender issues. There is much more, and the list could go on and on about world-wide events that are taking place today. Everything Jesus, Paul, James, Peter, John and others said about actions and attitudes that would be here at the end of this age are present, and for the first time, are all here at once. (ESV – all emphasis mine)

Violence taking place in our schools and cities are more prevalent than ever before. Yes, there have always been evil incidents, but not to the extent and degree that they exist right now. All indicators point to the fact that this will only get worse with each passing day. It’s as if each person causing the violence is trying to outdo all the ones that took place before. The satanic influence is obvious to those looking for it.

For anyone to rely on our government to take action, it will not be coming. All their agendas are pointing toward getting us into the New World Order, and setting us up for the ultimate evil antichrist to appear with his false prophet.

For those who do not believe that our God is Omnipotent or all-powerful, Omniscient or all knowing, and Omnipresent or everywhere at once, He gave the prophet Isaiah the above message about 700 years before our Jesus walked this earth as a human, Time does not have any restrictions on our Heavenly Father, as He created time for us humans. The first chapter of Genesis gives the details of this.

Then, in Genesis 3, God made it plain that He would have to provide what would be necessary to defeat the evil one and his forces once and for all. Genesis 3:15; “l will put enmity between you and the woman, and between your offspring (demons) and her offspring (Jesus); He shall bruise your head and you shall bruise His heel.”

Although several thousand years passed from the creation of this earth; not the “millions” that the secular people would like you to believe; Jesus was born in the small town of Bethlehem. The books that make up God’s word which are known as the Old Testament, give us the history prior to this immaculate event of our God coming to earth as a human. Different prophets were given different messages as to what would be taking place, even to the end of this earth.

The New Testament books give us the pathway to Salvation, and who it was that provided it for us. John 14:6 states it plain and clear from our Shepherd Himself; “Jesus said to him, I am the Way, the Truth and the Life; no one comes to the Father except through Me.”

If we would just take this statement, and then go to Romans 10:9-13 for the steps of Salvation, and then to Ephesians 2:8-9 for the ultimate disclaimer, we would have all we would need to ensure that we have an eternal Home in Heaven. However, for some, that is just too easy, and there must be more to our Salvation.

First, we have a confession to make, and we must believe that we all fall into this category. Romans 3:10 states; “as it is written, none is righteous; no not one.” The only “human” that did not fall under this was Jesus the Christ. He was the only human to ever live, or ever will live, a sinless life on this earth. Satan tried to cause Him to fall and sin, but was unsuccessful.

Next, Romans 3:23; “For all have sinned and fall short of the glory of God.” Romans 6:23 follows with; “For the wages of sin is death; but the free gift of God is eternal life in Christ Jesus our Lord.”

ln Daniel chapters 7-12, the prophet spoke of an evil being that would bring tribulation on this earth, and told of many events that would take place. In Revelation chapters 6 through 19, John picks up on the events that will happen during that horrible time. John then takes us through the millennial reign of Jesus on earth, followed by one final rebellion and then into eternity.

Luke 21:28 gives us an indication of where we are today, and what we should be doing. “Now when these things begin to take place, straighten up and raise your heads, because your redemption is drawing near.”

Going back to 1970, a Motown group called the Temptations released a song called “Ball of Confusion”. This song told of the 1960’s Viet Nam issues, a rising drug culture, racial segregation, crooked politicians and more. I am not going to print the content of this song, however it is available on You Tube. For any who would listen to it today, it seems as if it was released just now, and screams of today’s headlines. Even the turmoil of the 1960’s protest era do not match what is happening around the world today.

Having lived through that era, and after things somewhat settled, I thought it would be extremely difficult to have this happen again. However, as the saying goes; “And The Band Played On”.

Today’s events are making what took place then a “beginners lesson” in evil and violence. Paul’s list in 2 Timothy 3:1-5 is totally descriptive of the people in this world today. How many armed conflicts are taking place; how many people are being martyred for their faith; how many people are openly turning and worshiping satan; how many people are saying that what God called abominations are suddenly all right? Finally, how many have turned from the true faith for “ear tickling” messages and stimulating music to make them feel good, but don’t ever tell them they are sinners.

Truth be told, the answer to all these questions is – more than we could ever imagine. ls our Heavenly Father surprised by any of this? His word tells us He is totally aware, and the time is coming that He will provide the delusion for them that they are doing right, yet are actually condemning themselves. (2 Thessalonians 2:11)

Prior to entering the time of the wrath or Tribulation, God has prepared for all true believers in His Son; all who have received and accepted Jesus’ gift and have asked Him to be their savior; the means to be away from this evil earth and not go through that horrible seven years. (1 Thessalonians 1:10; 1 Thessalonians 5:9-10 and Revelation 3:10)

Once again, Romans 10:9-13 gives the simple pathway, and Ephesians 2:8-9 gives us the disclaimer. All who refuse to accept the Savior, will not be forced to do so. God will not cause anyone to go against their free-will, as He allows each individual to make their own choice in this. If He would force anyone, it would not be a sign of pure love, and our God is all about Love, as given in 2 Peter 3:9.

We do not have the schedule of exactly the time when Jesus will call all His flock up to meet Him in the air in the Rapture. (1 Thessalonians 4:13-17 and 1 Corinthians 15:51-53) It will come very suddenly, and those of us who will be caught up will be gone in less than a second. For anyone who believes they can call out for Jesus to save them when the Rapture starts, there is no way possible to do so in less than one second.

The Tribulation will be the worst time ever, and my wish is that all will call out to the Savior today. It will be a way of making your reservation to be with Him forever, and there is still time. Jesus Himself will prepare a place for you in Heaven (John 14:1-3), to be with Him forever. All who are and will be lost will appear at the Great White Throne Judgement to be given their eternal punishment. That is forever, and there is no pardon or forgiveness there. (Revelation 2O:11 -15)

Hope to be going Home soon, and hope you will be there with us!

About To See The Fullness

He Died For You – Live For Him