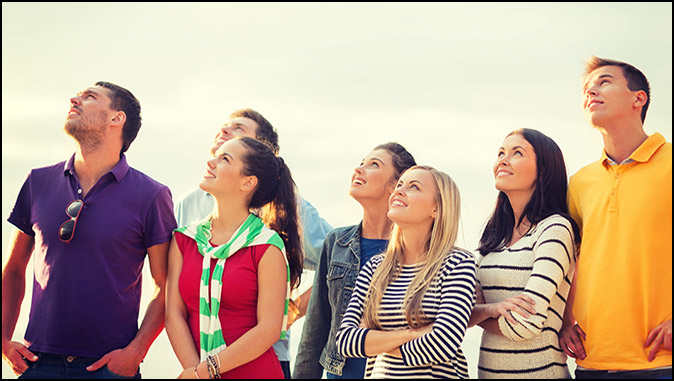 And Fewer And Fewer
By Dennis Huebshman

Matthew 7:13-14; “Enter by the narrow gate. For the gate is wide and the way is easy that leads to destruction, and those who enter by it are many. (14) For the gate is narrow, and the way is hard that leads to life, and those who find it are few.” When the Savior mentions the easy way, that would be to follow the ways of the world and to blend in with it. The hard way is to follow the Savior in a world that has turned away from Him. (ESV – all emphasis mine)

Matthew 24:7-12; “For nation will rise against nation, and kingdom against kingdom, and there will be famines and earthquakes in various places. (8) All of these are but the beginning of the birth pains. (9) Then they will deliver you up to tribulation, and put you to death, and you will be hated by all nations for My name’s sake. (10) And many will fall away and betray one another and hate one another. (11) And many false prophets will arise and lead many astray. (12) And because lawlessness will be increased, the love of many will grow cold.” Luke 21 includes all of these, and in verse 11 adds; “And there will be terrors and great signs from Heaven.”

Much of the above listed activity will take place during the 7-year tribulation period of time. This time is also known as the “wrath”, as God will allow satan the ability to do his worst on the earth for that time. The tribulation/wrath actually starts the moment that Jesus opens the first seal judgment releasing the antichrist on the world. (Revelation 6:1-2) However, even before he is turned loose, this world will become more and more evil as given by Paul in 2 Timothy 3. All the attitudes he gives are here now, and getting stronger almost daily; and for the first time, all are here at the same time.

Satanic influence and worship is out in the open as never before, even though it has been here since the beginning of this earth. Up until a few years ago, it was kept behind closed doors and mostly in secret. The boldness of his followers is what has gained momentum. However, even though I believe that the antichrist is in the world today, 2 Thessalonians 2:7 gives us why he hasn’t appeared yet. “For the mystery of lawlessness is already at work. Only He who now restrains it will do so until He is out of the way.”

The ”He” who is the Restrainer would be the Holy Spirit, and when He steps aside to allow the antichrist to enter, all whom He has indwelt will be removed to be kept from that coming wrath. (1 Thessalonians 1:10; 1 Thessalonians 5:9-10 and Revelation 3:10)

Going to 2 Thessalonians 2:9-10; “The coming of the lawlessness one is by the activity of satan with all power and false signs and wonders, (10) and with all deception for those who are perishing, because they refused to love the Truth and so be saved.”

More and more, Bible prophecy experts are noting the changes that have taken place within just the past decade. Even a novice such as I am can see things taking place that would not have been tolerated out in the open as it is today.

Genesis 5:2 is very specific; “Male and Female He created them, and He blessed them and named them man when they were created.” Matthew 19:4; “He answered, have you not read that He who created them from the beginning made them Male and Female?”

The atmosphere has become such that a person believes they can choose their own gender, decide if they are any part of the numerous alphabet groups, or even if they are human or not. Yet, when someone declares that they are Christian, and a follower of Jesus the Christ, all of a sudden one of our most basic rights goes out the window.

The proper wording in the Constitution is “freedom of religion”; not “freedom from religion”. Over the past few years, Christian business owners have been persecuted for adhering to their religious beliefs. A photographer refused to photograph a gay wedding; a baker refused to make products of that nature; and florists have been sued for not making gay floral arrangements. Their businesses were basically put on hold until they could get a ruling from the higher courts. It should be noted that the same type of businesses in the secular world in their immediate areas would have had no issues with providing those same services. The “Christian” businesses were purposefully singled out.

Satan and his followers have put this world in what Jesus called the beginning of the “birthing pains”. (Matthew 24:8) In Luke 21:28, He said that when all these things begin to take place, that our redemption is very near. For true believers, we are saddened by all the increasing evil, however, at the same time are inspired that our Savior could be calling us up to meet Him in the air at any time.

Different groups such as Barna, the Pew Research Center and others agree that overall Christianity census is declining. This is not a surprise to the Holy Trinity as Jesus said in Matthew 24:10; “And then many will fall away and betray one another, and hate one another.” This leads to a question asked by Fanny Crosby in one of her many Hymns; “Will Jesus Find Us Watching?” (1876)

1.) When Jesus comes to reward His servants, whether it be noon or night; faithful to Him will He find us watching, with our lamps all trimmed and bright?

Ref) Oh can we say we are ready, brother? Ready for the soul’s bright Home. Say will He find you and me still watching; waiting watching when the Lord shall come?

2.) If at the dawn of the early morning, He shall call us one by one; when to the Lord we restore our talents, will He answer you, “Well Done”?

3.) Have we been true to the trust He left us? Do we seek to do our best? If in our hearts there is naught condemns us, we shall have a glorious rest.

4.) Blessed are those whom the Lord finds watching; in His glory they shall share. If He shall come at dawn or midnight, will He find us watching there?

We are told in 2 Thessalonians 2:9-12; “Therefore, God sends them a strong delusion so that they may believe what is false, (12) in order that all may be condemned who did not believe the truth, but had pleasure in unrighteousness.”

This will be in full force during the reign of the antichrist, however, it is almost as if the deluding influence is beginning so as to prepare the way for him and his false prophet. So, one may ask, just what is the “Truth” spoken of in these passages?

John 14:6 is the most direct answer in the Bible given by Jesus; “And Jesus said to him, I am the Way, the Truth and the Life; no one comes to the Father except through Me.” Acts 4:12 follows this with; “And there is Salvation in no one else, for there is no other name under Heaven given among men by which we must be saved.”

All that has taken place, and all that will take place should be considered by each and every individual. There is a choice to make, and which eternity you end up in is determined by the choice that you make. The first is the world and all it has to offer according to satan and his followers; or eternal life with our Lord and Savior, Jesus the Christ, who shed His pure sinless blood to pay a ransom we could never afford on our own.

By the way, no matter what the false prophets in some pulpits are proclaiming, there is no third way. The eternity for the ones who choose this world is given in Revelation 20:11-15. The outcome is to be cast into the Lake of Fire forever, to be with satan and all his demons, antichrist and false prophet forever.

The eternity for all who choose to receive and accept Jesus as their Savior is found in 2 Corinthians 5:10; “For we must all appear before the judgment seat of Christ, so that each many receive what is due for what he has done in the body, whether good or evil.” Hell is for eternal punishment from which there will be no relief. The judgment seat of Christ is to gain or lose rewards for what we have done as saved believers; but our eternity will still be in a Heavenly Home with Him that He will personally prepare for us. (John 14:1-3)

The Father forces no one, but as long as we have breath in these earthly bodies, He allows us to repent and be saved. All who do not, their fate is sealed at their last breath here, and there will no longer be any chance for forgiveness.

So, the question remains, will you be one of the few that “Jesus Finds Watching”? Now would be a perfect time to decide. We are not guaranteed one more minute of time here, but those who have made the decision to follow Jesus do not worry about this. Join us; be ready; hope to see you at the Rapture!