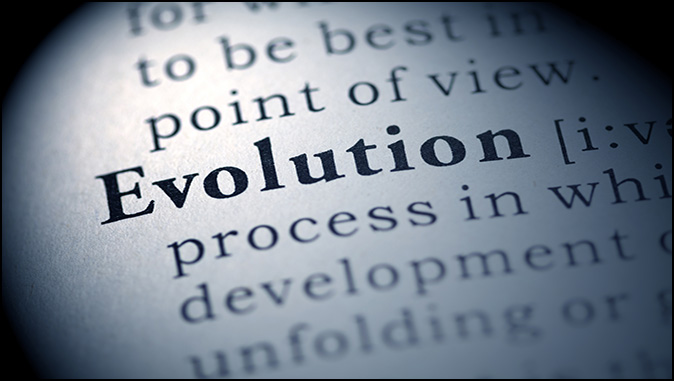 Science That Excludes God Is a Faith System of Its Own
By Dr. Alex McFarland

During a recent open-mic Q and A session before a group of high schoolers, I asked a question: “What are some of the most common objections against Christianity that you hear?” Many hands went up and the first young man I called upon responded, “How can you believe in God or Christianity when science has disproven the Bible?” I asked how many had heard similar questions from their peers, or had even wrestled with the “science vs. God” issue themselves. Dozens of hands went up.

The assumption that science has somehow “refuted God’s existence” is very common. Because teacher’s unions, all public schools, most universities, and much of the media promote a secularized worldview, masses of Americans today assume there is no need to include God in the explanation of life’s origin, operation, or purpose. I have counseled hundreds of youth who’ve made a profession of faith, but who experience painful internal struggles over what they know to be true about Christ versus the endless rhetoric against God that they hear in science class.

Over the last few decades a viewpoint many call scientism has overtaken our culture. This perspective assumes that “science” is the final and ultimate test for truth. Public opinions (highly influenced by “scientism”) frequently miss the fact that scientific theories change, and are often proven wrong over time. Further, while specific experiments can give understanding into how things work, the branches of science have no procedures for explaining meaning.

Decades ago, public faith in the infallibility of science led journalist Lewis Cassels to say, “Every age has its superstitions, and ours is the notion that science is an all-sufficient guide to truth.”* This faith position is nowhere more prominent than in America’s grade school through graduate-level science classrooms.

The Bible refuted? Not so fast…

But there have been many scientific findings that harmonize well with what the Bible says about life and the universe. Einstein’s General Theory of Relativity indicated that the universe had a beginning. Since the physical world had a beginning, a powerful force outside of the world had to initiate that beginning. Physicist Victor Weisskopf said,

“The Judeo-Christian tradition describes the beginning of the world in a way that is surprisingly similar to the scientific model.”** The following quote is certainly not original with me, but I have often said, “We Christians recognize that there was a Big Bang, we just know Who the Banger was.”

Technology has given this generation of scientists (and the public) glimpses of far-flung realms of the galaxy never before seen by human eyes. Looking at matter that exists countless light-years from earth, telescopes Hubble (1990) and Spitzer (2003) recorded images that have been called a photo record of the creation event.***

Additionally, the fossil record shows billions of creatures in a fully-formed state. Absent are transitional forms between levels of development. What we see in the “Cambrian explosion” of fossils mitigates against what evolutionary theory predicts. Regarding the fossil record, scientist Stephen Meyer documents that evolutionary, materialistic theories remain inadequate to explain where all of these fully developed, functional creatures came from.****

More than ever before, technology has enabled us to appreciate the stunning complexity of all living creatures. This has led many evolutionists to assert that creatures are “pre-programmed” for life, and have been somehow provided with “mechanisms” for adaptive change. But complex, encoded information (such as is carried within our genes) or a system structured to create specific results (such as are present within cells, for example) has never been observed to come about accidentally. Scientists are increasingly willing to acknowledge the necessity of a cause capable of generating such information.

Effects result from causes. If the highly ordered universe and the complexity of living things are effects, what was the cause? Since no purely natural cause is adequate to explain life, why not a supernatural cause? Why not a cause outside of nature (i.e., God)?

The revivalist has his tent; the evolutionists have public school classrooms

From 2000 to 2002, I interviewed 100+ traveling evangelists for a writing project I had been contracted to do. The zeal these preachers/revivalists/evangelists exhibited for the Christian message made it easy to understand why they would devote their lives to spreading the Gospel.

In a parallel-but-opposite worldview, many scientists themselves assume the infallibility of science with religious passion. I have interviewed dozens of evolution supporters, from academics to popular atheist authors. Most of them defended Darwinism with a fervor equal to that of any of the Christian evangelists with whom I spoke. Many evolutionist’s passion is tangible, if slightly disturbing.

I have come to believe that evolutionists hold a blind zeal for the perceived benefits of a Darwinian view of life for the following three reasons:

Evolution is so entrenched in the minds of many American educators that there are websites designed to help teachers respond to students who raise common-sense objections to Darwinism. One pro-Darwin blogger mused that his basic job as a teacher was to, “…prod (these) young people into questioning their most cherished beliefs.”***** But that sword of doubt can cut two ways. Regarding most cherished beliefs, shouldn’t the pro-evolutionist/secularist/relativist be willing to question theirs? Since modern science is pointing to the unavoidability of a Creator/Designer/all-powerful Causal Agent, Darwinists will eventually have to.

How Will We Live Now?

How Will We Live Now? By Tim Moore (Note: Our contributing guest author, Dr. Al…