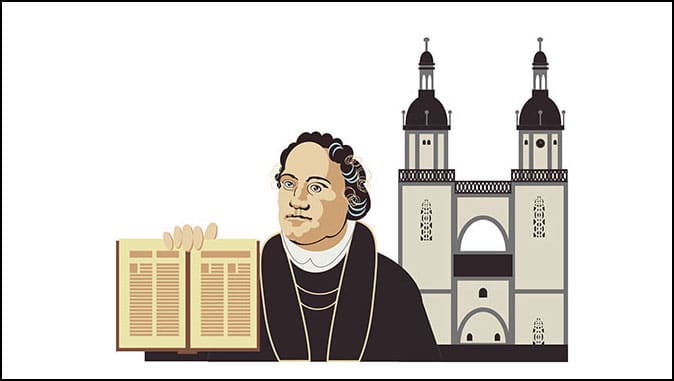 In my previous post, No One Can Cancel Our “Blessed Hope,” I showed how the allegorical approach to biblical prophecy opens the doors for dismissing the true intent of other scriptural texts. This disregard for the words of Scripture not only robs saints of the joyful anticipation of their “blessed hope,” but as we will see, it also blurs the distinction between biblical justification and that of the Roman Catholic Church.

If Paul’s words in Romans 11 regarding Israel’s future place in God’s prophetic program do not really mean what they say, it allows others, at a later time, to call into question his clear statements regarding our justification in Romans 2-8. Could this at least in part explain the willingness of some Protestant churches to join hands with the Catholic Church? I believe so.

Mike Gendron, in the excellent chapter he wrote in the book Lawless, warned about the dangerous and widespread acceptance of Pope Francis among evangelicals. He cited a LifeWay research poll of one thousand Protestant pastors showing that before the pope’s visit to the United States in 2015, “Sixty-three percent said they believe Francis is a genuine Christian, while 16 percent are unsure.” Gendron then added, “Those who were surveyed either do not know the exclusivity of the gospel of grace or do not know the false and fatal gospel of Rome.

On his website, Gendron wrote these compelling words about the dangers of compromising the purity of the Gospel for the sake of unity with the Catholic church:

“The greatest attack on the Christian faith today is the widespread assault on the exclusivity and purity of God’s Gospel. Churches are compromising the Gospel to make it more inclusive in order to gain a larger following. Ecumenically minded leaders are ignoring the essentials of the Gospel for the sake of unity with apostate Roman Catholicism. We must get the Gospel right because many are being misled and deceived by distorted gospels that have no power to save anyone.”

The key differences between a biblically sound Gospel and that of Catholicism are those related to the doctrine of justification. While in seminary, I wrote my master’s thesis on Roman Catholic Justification in the Light of Scripture. Though that was longer ago than I care to admit, I believe the distinctions I wrote about back then still hold true today and are the very ones increasingly at risk due the push among “evangelicals” to adopt a unified stance with the pope and the Catholic church.

The following points briefly summarize the differences between Scripture and Rome’s view of justification.

Although Rome agrees that justification is momentary in one sense, Catholic theologians believe that is far too restrictive. They insist that true justification involves a lengthy process by which one’s soul becomes holy. Justification thus happens at the end of Christian growth rather than at its beginning and includes the process of developing an inner righteousness.

The Bible presents a much different perspective regarding the nature of justification. The word used for it in the New Testament is dikaioo, which came from the lawcourts of the first century AD. The word denotes a judge declaring someone “not guilty.” Justification is not a process but rather a momentary declaration of the sinner’s righteousness.

It refers the instant when God in effect slams down the gavel and proclaims the sinner innocent of all charges against him or her. The use of the word dikaioo to describe it confirms that by its nature justification cannot depict a process. It’s the moment in which the sinner receives “peace with God through our Lord Jesus Christ” (Rom. 5:1).

Romans 4:22-25 further describes justification as an imputation of righteousness. Verse 22 says that Abraham’s faith was “counted to him as righteousness.” The Greek word used here is logizomai, refers to a reckoning or a setting to one’s account. Justification does not produce any change a person; it merely settles one’s relation to the law. It forever changes one’s status in God’s eyes from guilty to righteous.

This signifies that by its nature God’s justification of the sinner is final and irreversible. When He declares that we are righteous in His sight, no one can undo or alter His legal decree. Double jeopardy does not exist in God’s court of law; no one can enter His presence and overturn our righteous status. We see the irreversible aspect of our justification in Romans 8:30, “and those whom he justified he also glorified.” It’s an unbroken chain; the Lord will glorify every person that He justifies.

Martin Luther made the words sola fide (by faith alone) part of the Protestant vernacular. The Reformers stressed that God justifies the sinner totally through faith apart from any good works.

Rome vigorously opposed Luther on this matter. At the Council of Trent, a sixteenth century assembly of the Catholic church held in response to the Reformation, Catholic leaders condemned anyone that would say that faith alone justifies. They insisted that one must add “preparatory and cooperative” acts to ones faith in order to obtain final righteousness or justification. By these “necessary” acts, one cooperates with faith in order to prepare “his own will for the receipt of justification.”

Scripture presents a much different picture of justification than that agreed upon at the Council of Trent; it totally excludes works from God’s pronouncement of righteousness on our behalf. In Galatians 2:16 Paul wrote:

Luther said that Galatians 2:16 does not mean that Christians should reject good works. It does mean, however, that the topic of justification does not allow for any discussion of them. He added that faith justifies because it “takes hold of and possesses this treasure: Christ.”

Rome’s insistence on inherent righteousness achieved through good works contradicts Scripture. The words of Ephesians 2:8-9 teach us that salvation comes by grace through faith rather than on the basis of works. These verses, along with many others in the Bible, exclude works from having any part in our salvation.

It’s ever so important to recognize that our good works have nothing to do with our justification. True born-again saints begin the Christian life holy and blameless in God’s sight and that status never changes (Eph. 1:3-4).

Those who say we can lose our salvation, or even walk away from it, unwittingly adopt an understanding of justification that is more Roman Catholic than Protestant. Since God’s pronouncement of righteousness is unalterable, if one can lose his or her salvation or walk away from the Lord, this necessitates the Catholic view of justification that includes works and moves God’s final determination of one’s worthiness for eternal life to the end of one’s life.

It’s precisely because our good works or staying power have nothing to do with our righteous standing before God that we are forever eternally secure (John 10:27-29). We possess eternal life now!

Catholic Theology Makes Our Righteousness the Basis of Justification

The most fundamental and important distinction between the Catholic and biblical view of justification is the basis of the righteousness by which God declares us just.

According to Roman Catholic theology, a sinner receives justification on the basis of a “real inherent righteousness” that one produces in the soul through sanctifying grace. The righteousness of a person’s soul, which one achieves through both preparatory and cooperative works, later becomes the basis of God’s declaration. God looks at a person’s own acquired righteousness and, on that basis, justifies him or her.

The Bible, however, teaches that God saves us in spite of ourselves. Ephesians 2:8-9 excludes even our faith as the basis of God’s declaration. The sole motive for God granting us eternal life lies wholly within the Giver, or God.

Those evangelicals who now seek to unite with Rome are in effect reversing the Reformation and compromising the purity of the Gospel.

In Paul David Tripp’s devotional, New Morning Mercies, for March 6, he wrote these words regarding the significance of our eternal righteous standing before God that comes by way of justification:

“You can run into the light of his holy presence utterly unafraid, he will not turn you away. You can do this because your standing with him has never been based on your righteous performance, but on the perfect obedience of your Savior. Because you are in him, you are counted as righteous and therefore accepted into his holy presence forever and ever and ever.

“Yes, you are called to live a holy life, but your way of living has not been and never will be the basis of your standing with God.”

This is the blessed assurance of justification; God has nailed all the charges against us to the cross (Col. 2:13-14). We are forever secure before the Lord and can run to Him when we blow it knowing that He will never condemn us or treat us as anything other than His dearly beloved children (Rom. 8:1; 1 John 3:1).

Whatever Happened to Truth?

Whatever Happened to Truth? By Mike Gendron We are living in a time when many…

An Eye for Evidence

An Eye for Evidence By Tim Wildmon I have a friend, Frank Turek, who wrote…