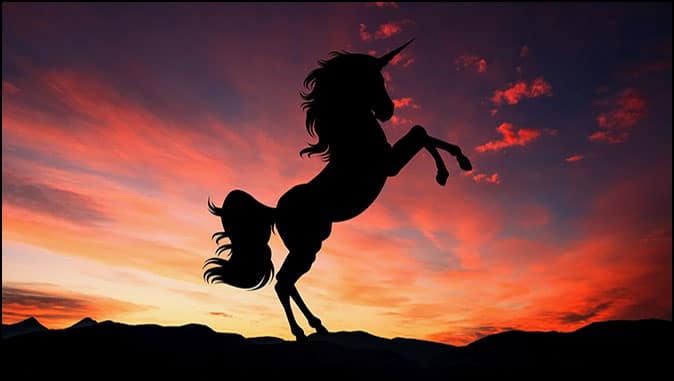 Do You Believe In Unicorns?
By Dr. Mike Murphy

“How can you believe Christians when they thought the world was flat?”

“The Bible teaches there are unicorns!”

Go to any atheist website or Facebook page, and you will see the most outrageous claims about Christianity, the Bible, and God. You name it, and you will see it. The more outrageous the better. From the quotes you see above, to those that state Christians were responsible for the Dark Ages, anything is fair game.

So how do Christians answer these claims? And how do we counter this foolishness? The answer is simple. We use the greatest of weapons that God has given us, the best tool God could ever place in our hands. We reach into that tool bag and we pull out the truth! God’s Word tell us, “Send out Your light and Your truth; let them guide me.”(Psalm 43:3). We have the truth on our side, and if we let that truth lead the way, we can shine a powerful light on any subject.

At the heart of this issue, we have to understand why an atheist would post such laughable and absurd statements. The answer is an easy one, because they are not led by the truth. The atheist is not looking for the truth, but for justification, and will seek it in any form possible. Even if that form is a proven lie.

Over and over, I have had atheists ask me, “If God is real, then why does He not just reveal Himself?”. Because it is not God’s wish to prove to people that He exist, it is His wish to bring people to Him by faith(2 Peter 3:9). Look at the Bible for an example. How many times in the Old Testament did God actually reveal Himself to the people? Countless! But in doing so, did the people turn from their sins and look to God? Absolutely not! If people are not willing to follow God by faith, they will not follow God despite anything He does. God wants us to follow Him because we want to, not because we simply know that He exists.

But just because God must be accepted by faith, does not mean that a belief in a real God is not rational. Look around you, look at everything you see. Walk outside and look at the beauty that surrounds you, feel the wind on your face, smell the wonder of all the things next to you, and feel the realness by running your hands through the grass. Try, with all your might, to explain these things without God. You cannot, and never will be able to. But for many, that is not enough. They would rather look to the impossible to prove the impossible. What the atheist does not realize and will never admit, it takes far more faith to believe this was all created without God, than to believe that an Almighty God created all things. To make the statement, “God does not exist”, is to make a statement that proves just how foolish one is. The statement itself is one that requires the person making the statement to have absolute knowledge about all things. And not even the atheist would tell you they know everything absolutely.

The simple fact is, atheism cannot ever be proven, and even their own beliefs must be accepted by faith. Even as they look to the sky and see His handiwork, the atheist will close their eyes to the obvious, and cling to the failings of their own faith.

Many will ask why? Why overlook the obvious, and attack God with the ridiculous? There is an old saying, that I think gets to the heart of this issue. That saying goes, “Hate will never attack a lie, because it never feels threatened by it. But it will always attack the truth, because it knows the truth can expose it for what it is.” Go to any of these atheist sites and look at “Who” they constantly attack. You will not see attacks on other religions, but you will see endless attacks on Christianity. The atheist cannot bring themselves to acknowledge God, but in the deepest depths in their hearts, they realize the reality and the truth of God. With each glimpse of the truth about God, the atheist is driven to a greater hatred of God, and to those that believe in Him. And eventually, that hatred finds it easier to attack God than to accept the truth about God.

With all this in mind, how do we counter these false stories we all see about the Bible? As I stated before, we go right back to the truth. We show them the truth about the stories they post, and why God is the only truth any of us will ever need. We overwhelm them with the truth, and kindly and compassionately show them how they can trust that truth. And how in trusting the truth, they can also trust in God. Let us take a look at the two statements for the atheist sites I mentioned earlier, and see exactly what the truth shows us.

“How can you believe Christians when they thought the world was flat?”

Did Christians believe this world was flat? And what does the God tells us about the shape of this Earth? From its’ earliest books, the Bible teaches the earth is not flat. When we look at many of the books of the Bible, we see the exact opposite being told. Job 26:10, and Isaiah 40:21-22 both describe the earth as a circle. Once upon quoting these two verses, I had an atheist tell me that just because the earth was a circle did not mean it was round(yes, I had the same look on my face you do now), so I will make this extremely clear. Both use the Hebrew word “chuwg”, which means “round or sphere”, leaving no doubt as to the earth’s shape. In Proverbs 8:27, Solomon describes the earth as being set on a compass, also describing the earth as a sphere. And Christ described His return in Luke 17:31-34, as happening when both day and night were occurring. For the earth to be experiencing both, it would have to round, with night on part of the globe, and day on the other.

At no time did the Church ever believe that the earth was flat. Early writings from the monk, Venerable Bede, to the writings of Thomas Aquinas, both speak openly about the earth being round. During the Dark and Middle Ages, most educated people of that time know the earth was round. And when we look at the makeup of the Church in that day, they made up a large part of those who were educated.

So where did this idea that the Church thought the earth was flat come from? Believe it or not, it developed many, many years later. In his book, A History Of The Life And Voyages Of Christopher Columbus, Washington Irving mixed a story of facts and fiction to describe Columbus’ voyage. In the book was a fictional scene where clergymen warned Columbus that he would fall off the earth if he tried to sail around it. It is from those words that this idea was put into place. And what Irving wrote as fiction, soon became fact in the minds of many who wanted to persecute the Church.

This continued into the 1870’s, when Darwin’s theory of evolution begin to gain popularity. Many Darwinist, who looked to discredit the Church and the Bible, pointed to what Irving had fictionally wrote, and began to push it as fact. And this continued when Robert Ingersoll, a political leader and devout agnostic, quoted Magellan as saying, “The church says the earth is flat; but I have seen its shadow on the moon, and I have more confidence even in a shadow than in the church.” There was only one problem with his statement, Magellan never said it! Ingersoll completely made it up! But despite it being a complete lie, many who wished to attack the Church repeated it as fact. And we watch as even more still quote it today.

The truth is, God’s Word never taught us the earth was flat, just the opposite. And no one who read and studied God’s Word believed it to be flat. To do so, would be a claim that someone knew more than God. That they knew more about this earth than the One who created it. But despite what the truth shows us, many who deny God will still tell you that Christians believed in a flat earth. They simply find it easier to believe the lie, than to accept the truth.

“The Bible teaches there are unicorns!”

This is actually an easy one! The answer is yes, the Bible does teach there are unicorns! Nine times in the King James version of the Bible the word “unicorn” is used. So did the Bible describe for us the mythical, horned horse we see pictured in books and movies today? Not even close! The Hebrew word used in each of these verses is the word “re’ em”, which means a single horned beast, and many modern versions of the Bible translate the word as wild ox. The Hebrew word never distinguished between which creature it was describing, just a large creature with a single horn. That leaves a vast group of creatures it could be identifying, from the single horned rhinoceros, to an ancient ox that was called the auroch(became extinct in the 1600’s).

At the time the King James version of the Bible was first written, the word unicorn was still a common word, used the same way as the ancient Hebrew had before. It was still describing a real, although large, single horned beasts. And the use of the word was still common even into the 1800’s. In the 1828 Webster’s Dictionary, a unicorn was described as “an animal with one horn, monoceros, often applied to the rhinoceros.” Notice that nothing in this description mentions a fictional horse, or a mythical animal. It has only been in the last two hundred years that the definition has changed to what we now accept the word to mean. The simple truth is, the atheist is trying to take a new, modern day translation of the word and apply it to a four hundred year old version of the Bible. And why would they do this? Because they want to. Because the truth cannot stand in the way of them proving their point.

With each example, we can see how the Bible holds to the facts, and stands up to the truth. A truth that is always found on God’s side. So how do we overcome these lies, and show the atheist the truth in God’s Word? We compassionately feed them the facts. We let the reality of those facts starve the hatred out of the lie they have been holding to. And we allow their mouths to be opened just enough that the Holy Spirit can nourish them with God’s truth. Letting the truth show them that not only is God real, but our faith in Him is needed. And the next time an atheist mockingly ask if you believe in unicorns, you tell them yes! Yes, because the truth of God’s Word tells you they are so!

Trust in the truth of God’s Word, and know He will take care of the rest!