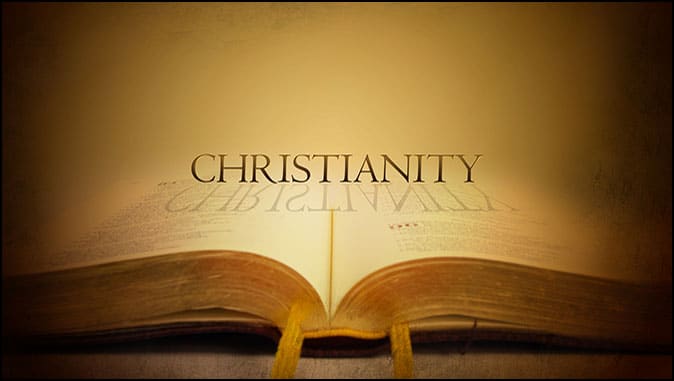 Take a class in philosophy or logic and eventually you’ll hear the phrase “Similarity does not equal sameness.” Consider, for example, a kitchen chair and a cocker spaniel. Both have four legs and a back. They are, in some ways, similar, but they are not the same. Take a person and a book – each has a spine. They may be similar but are obviously not the same.

So it is with Christianity and mythology. It is often claimed that the biblical accounts of Jesus are traceable to the mythology of the ancient world. Claims that Christianity borrowed from Greek and Roman paganism ring out in many classrooms. On the surface, similarities may appear; but this does not equal sameness.

The sameness idea assumes that Jesus’s followers added to His mystique by mirroring elements from ancient legends. Greek and Roman myths of hero-gods are assumed by some to have been the primary source material from which early disciples drew inspiration in their attempt to spin their story of Christ. But the record of history shows otherwise – compellingly so.

It is evident that within the lifetimes of the earliest disciples (eyewitnesses who had seen Jesus before His death and after His resurrection), great care was taken to emphasize that Jesus was being taught about with accuracy. His followers did believe that He was God and that He had done miracles in their midst, but the disciples were not blind dupes inventing just one more brand of paganism. The words of Christ and assertions about Him were based on historical events that real people had actually seen and heard.

Skeptics often assert that the apostle Paul was a sort of revisionist who gathered various ideas to “found” Christianity. Over the last two centuries, liberal scholars have theorized that Paul meshed details about Christianity (which may or may not have been historical) with existing pagan beliefs and practices. The resulting amalgam was a new type of religion, one that we now call the Christian gospel.

But this naturalistic explaining away of the gospel doesn’t measure up with the known facts. The false belief that Christians borrowed from the paganism of their times rests on the assumption that mystery religions were pervasive and influential in Palestine during the first century.

Philosopher Albert Schweitzer concluded of those who interpret Christianity in this manner: “They manufacture out of the various fragments of information a kind of universal mystery religion which never existed, least of all in Paul’s day.”

C.S. Lewis also rejected the mystery religion thesis, observing that Christianity originated “in a circle where no trace of the nature religion was present.”

In the New Testament, 2 Peter 1:16 (KJV) demonstrates the solid base on which Christian faith rests: “For we have not followed cunningly devised fables, when we made known unto you the power and coming of our Lord Jesus Christ but were eyewitnesses of His majesty.”

It does not matter that many years separate us from the earliest Christians. Time, distance, and revisionist spin do not negate the historical and personal nature of Jesus’s coming. Christianity is about the literal arrival of history’s most important figure, the Messiah who bears life’s most relevant message. In Jesus, historical fact becomes present reality – for all who will believe.

15 Satanic Lies To Keep You From God’s Word

15 Satanic Lies To Keep You From God’s Word By Dr. Joe McKeever "He [the…

How Can We Be Sure?

How Can We Be Sure? By Chuck Missler What is truth? That was the rhetorical…

Back to Biblical Basics – Part 2

Back to Biblical Basics - Part 2 By T. A. McMahon The objective of this…

Back to Biblical Basics – Part 1

Back to Biblical Basics - Part 1 By T. A. McMahon Biblical basics: why are…