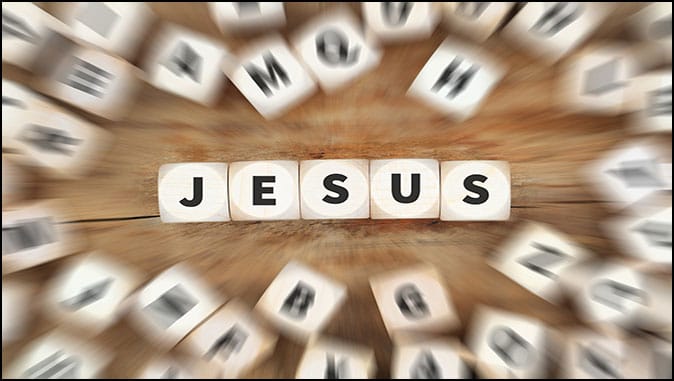 What Does The Bible Say? Is Jesus God In Human Form?
A Bible Study by Jack Kelley

Groups who call themselves Christian but don’t believe Jesus is God in human form often come up with questions that are designed to cause Christians who do believe in His deity to doubt themselves.  In this study we’ll answer some of these questions to better prepare ourselves for encounters of this kind.

First, let’s review what the Bible says about Jesus being God in human form to confirm that we’re standing on solid ground.

Jesus claimed to be God in John 10:30 when He said, “I and the Father are one.” He repeated this claim on the night of His betrayal when He told Philip, “If you’ve seen me you have seen the Father” (John 14:9).

John said that Jesus is God in the first verse of his Gospel, calling Jesus “the Word”.

To verify that he was talking about Jesus, he said, “The Word became flesh and made His dwelling among us. We have seen his glory, the glory of the One and Only, who came from the Father, full of grace and truth” (John 1:14).

The writer to the Hebrews essentially said the same thing in Hebrews 1:2-3, calling Jesus the one through whom God made the universe, the radiance of God’s glory and the exact representation of His being.

God Himself agreed with this in Hebrews 1:8. Speaking of His Son He said. “Your throne, O God, will last for ever and ever; a scepter of justice will be the scepter of your kingdom.”

In these verses the Bible makes a convincing case for the fact that Jesus is God in human form, so let’s move on to some of the questions people get asked by those who don’t believe it.

Question: Why didn’t God simply say, “I will come and give myself for you as redemption?” Why a Messiah, or the Son of God? Even in the example of Abraham and Isaac on the mountain it is a father and son, presumably to represent God sacrificing His Son. Why?

Answer: God gave man a set of laws to live by to make it possible for Him to dwell with us. He didn’t just make them up, His standards of righteousness require them, and not just for His people. These are things He requires of Himself when dealing with us as well.

One of His laws concerns redemption. When any of His people lost something He had given them, whether it was property or personal freedom, a blood relative was responsible for redeeming the loss (Lev. 25:25,47-49). God is not a man, let alone our blood relative, so when Adam sinned and put himself and all his progeny in bondage to sin God couldn’t redeem us Himself. A man had to do it.

As the sacrificial system shows us, the “coin of redemption” is the blood of an innocent man, represented throughout the years by a perfect lamb. The lamb’s blood was sufficient for a temporary reprieve, but it would eventually take a perfect sinless man to permanently redeem mankind.

That created an enormous problem in that since the fall there hasn’t ever been a perfect sinless man. All of Adam’s descendants were contaminated by sin, so they were all disqualified. Angels are of a different order so none of them could do it. The only solution was for God to become a man himself, because only He is sinless. And just like He showed Abraham and Isaac on the mountain (Genesis 22), it took a father to oversee the sacrifice and a son to be the sacrifice. So the Father needed a Son.

Peter explained all this in the clearest terms when he wrote;

For you know that it was not with perishable things such as silver or gold that you were redeemed from the empty way of life handed down to you from your ancestors, but with the precious blood of Christ a lamb without blemish or defect. He was chosen before the creation of the world, but was revealed in these last times for your sake (1 Peter 1:18-20).

Question: When did God first identify Himself as Father and Son ?

Answer: According to 1 Peter 1:20 above, it happened sometime before the creation of the world. David saw it in the Spirit and recorded it in Psalm 2:7.

I will proclaim the decree of the Lord: He said to me, “You are my Son; today I have become your Father.”

God did not start looking for a wife with whom to have a child, the way we would. He looked at the second member of the trinity and declared Him to be His Son.

We can tell David was not referring to his own special relationship with God by reading the next few verses.

“Ask of me, and I will make the nations your inheritance, the ends of the earth your possession. You will rule them with an iron scepter; you will dash them to pieces like pottery.”

Therefore, you kings, be wise; be warned, you rulers of the earth. Serve the Lord with fear and celebrate his rule with trembling. Kiss the Son, or he will be angry and your way will lead to your destruction, for his wrath can flare up in a moment. Blessed are all who take refuge in Him (Psalm 2:8-12).

Before the first man was created, God saw that mankind would fall into sin and would need a Redeemer. In what’s known in some circles as the everlasting covenant, these two members of the Trinity came to an agreement that in the fullness of time the Son would be born into humanity to become a kinsman to mankind and give His life as a ransom for our sins.

Question: Jesus prayed to God for strength both to resist temptation and to face the cross. If he needed that extra strength, how is he the eternal and almighty God? And if He is God, was He praying to Himself?

Answer: When Jesus came to Earth He came as as a man to redeem mankind. That means He functioned as a man and actually limited His powers to those available to mankind. The miracles He performed were made possible through the power of the Holy Spirit, and were repeated by His disciples and others to show us that all men have this power available to them.  As a man, He grew tired and discouraged at times, and, in the final hours before His ordeal, was beset by anguish. When that happened He went to His father in prayer, just like you and I do.

Question: After His temptation, Jesus was strengthened by an Angel. How can an Angel, (a ‘kingdom below’) strengthen the Almighty?

Answer: The wilderness temptation (Matt. 4:1-11) was no ordinary event. A careful reading shows that each temptation involved Jesus violating His mission, either by reclaiming His Godly power, disobeying the Scripture, or worshiping Satan. Any one of these would have disqualified Him as our redeemer and left mankind forever lost.

After 40 days without food, a man’s reserves are depleted, and His temptation happened right at the end. Imagine yourself in that situation and try to get a sense of how you would feel. Would you have the strength to resist all of Satan’s wiles at the end of a 40 day fast? After Jesus sent Satan away, God sent angels to comfort Him and restore His strength. We have no way of knowing how often God has sent angels to help restore other men, but I imagine it has happened numerous times.

Question: Christ states when explaining end times prophecy to his disciples that he does not know when the day will come, that only the Father knows. If they were one entity how could he not know what he said he knows?

Answer: That’s actually not what Jesus said. Matt. 24:36 reads, “But about that day or hour no one knows, not even the angels in heaven, nor the Son, but only the Father.”

Notice the word “about” in that verse. It means the details surrounding the actual day and hour of His coming were unknown to Him at that time, just like they are unknown to all men. These details were revealed to Him after He returned to Heaven, and when He visited the Apostle John on the Isle of Patmos he had John share them with us. Remember, the first verse of the Book of Revelation says, “The revelation of Jesus Christ which God gave Him to show His servants what must soon take place.”

Question:  I don’t have a problem with the trinity but I have a friend who does, He has been a Jehovah’s Witness and threw a question at me I couldn’t answer. Why did Jesus say  “My Father is Greater than I”.  How would you answer that question?

“Your attitude should be the same as that of Christ Jesus:  Who, being in very nature God,did not consider equality with God something to be grasped, but made himself nothing, taking the very nature of a servant, being made in human likeness.

And being found in appearance as a man, he humbled himself and became obedient to death—even death on a cross!

Therefore God exalted him to the highest place and gave him the name that is above every name, that at the name of Jesus every knee should bow, in heaven and on earth and under the earth, and every tongue confess that Jesus Christ is Lord, to the glory of God the Father.”

While on Earth Jesus was, for a little while, lower than the angels (Hebr. 2:7) the humble servant of God. Of course He would say, “My Father is greater than I”. But because He was willing to become subordinate to the Father, the Father gave Him the name that is above all names. Today on Earth no one knows the true name of the Father, but almost everyone has heard the name of Jesus.

Summary: Redeeming us literally required all the fullness of God to dwell in the One He called His Son, a perfect sinless man who died in our place so we could live with Him in peace (Colossians 1:19-20). It’s something only He could do. And it wasn’t just a temporary thing. Today, there’s a resurrected man named Jesus seated on the throne of God at the right hand of the Mighty One (Matt. 26:64, Ephes. 2:20). Still one with Him, but still the image of the invisible God, the exact representation of His being. Selah.

Proving The Bible Is The Word Of God

Proving The Bible Is The Word Of God By Jack Kelley “Above all, you must…

Refuting the Scoffers By Jonathan C. Brentner Once you say that you believe in the…

The Flight from Reason

The Flight from Reason By T. A. McMahon “Come now, and let us reason together,…