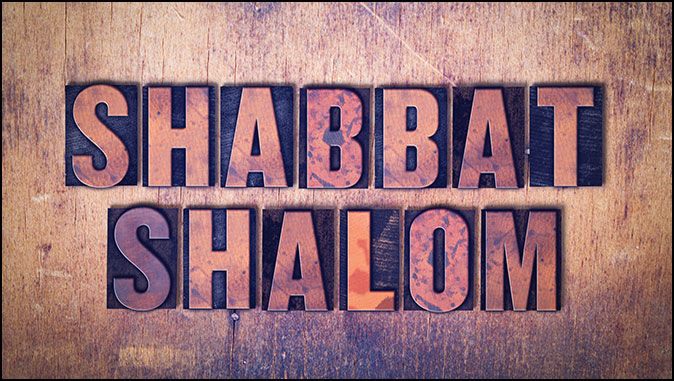 Why Do You Do What is Unlawful on the Sabbath?
A Bible Study by Jack Kelley

The Pharisees and teachers of the Law often asked the above question of the Lord. Why did He persist in doing things guaranteed to arouse the ire of His detractors? It seems like almost every time He healed someone, it was on the Sabbath.

In Matt 5-6 Jesus gave several examples to explain how even the 10 commandments were meant to be understood this way.  In this study we’ll focus on the commandment to keep the Sabbath.

And in  Exodus 20:1-17, the passage where the 10 Commandments are given, we read, “Remember the Sabbath day by keeping it holy … for in six days the Lord made the heavens and the earth, the sea, and all that is in them, but he rested on the seventh day. Therefore the Lord blessed the Sabbath day and made it holy” (Exodus 20:8,11).

The fact that this was a serious matter is underscored by an incident in Numbers 15:32-36 where a man was discovered gathering sticks on the Sabbath. Not knowing what to do, Moses inquired of the Lord. “The man must die,” said the Lord,  so they stoned Him to death.

The Pharisees were coming from this perspective when they condemned Jesus. His response was, “The Sabbath was made for man, not man for the Sabbath,” (Mark 2:27).  This has been interpreted to mean that it’s good for us to take a rest one day in seven, but not to become fanatical about it. I think there’s a lot more to it. Otherwise, how do you reconcile the Old Testament view with the New?  In one you have the Lord condemning a man to death for working on the Sabbath, and in the other we see His almost caviler attitude toward it.

This only makes sense if the Lord was trying to teach them that their obsessive obedience to an external and physical ordinance was missing the point. The phrase “the Sabbath was made for man…” clearly means that New Testament believers are supposed to learn something from the Old Testament teaching.   Remember, Paul said everything that was written in the past was written to teach us (Romans 15:4), so let’s find out what the Lord was trying to teach us about the Sabbath.

The Lord made the Sabbath a day of rest because He had finished “all the work of creating He had done.”  There was nothing left to do. Having pronounced it all “very good” He declared the job done and rested. Get the point? When the job is finished, stop working and rest.

Another Work of Creation Finished

In 2 Cor 5:17 we are described as a “new creation” and are told that from the Lord’s point of view the old has gone and the new has come. This new creation occurred the moment we invited the Lord into our hearts. The work of salvation was finished. There was nothing left to do. Therefore, having become holy and blameless, without spot or wrinkle or any other  blemish (Ephes. 5:25-27), we are to rest from the work of salvation.  See the parallel?

This is confirmed in Hebrews 4:9-10. “There remains, then, a Sabbath-rest for the people of God; for anyone who enters God’s rest also rests from his own work, just as God did from his.” The writer was explaining to his believing Jewish readers that just as God rested from the work of creating when it was finished, so are we to rest from the work of salvation when it is finished. (The only work we can do is to believe in what He has done; John 6:28-29.) It’s called our Sabbath-rest and it lasts the remainder of our lives. What was external and physical has become internal and spiritual.

With Man This is Impossible, but Not With God

For the Pharisees, the work was never finished. Each morning as they began the new day, 613 laws were right there before them, demanding to be kept. It didn’t matter how well they had done the previous day, the score was reset to zero every morning. Try as they might, they could never produce a new creation, because “the law was only a shadow of the good things to come, not the realities themselves” (Hebrews 10:1).


From the cross, Jesus cried, “It is finished,” and died (John 19:30). He was referring to the work of salvation.  When we accept His death as payment in full for our sins, the work of our salvation is finished. We have become a new creation and enter His Sabbath-rest.

Why Do You Do What is Unlawful on the Sabbath?

So the Sabbath was made for man; to teach us that when the work is finished, we rest. There’s no no need to add anything, and no need to worry.  Continuing to work for our salvation during our Sabbath-rest is still punishable by death, because it means we aren’t really saved.   It proves that we haven’t accepted the Lord’s work on our behalf as being complete and are trying to finish the work of salvation ourselves, something that can only lead to spiritual death.

This is why Paul told us not to let any one judge us by what we eat or drink, or with regard to a religious festival, a New Moon celebration or a Sabbath day.  He said these things were only a shadow of things that were coming, and the reality is found in Christ (Colossians 2:16-17).  And in Romans 14:5 he said, “One man considers one day more sacred than another; another man considers everyday alike. Each one should be fully convinced in his own mind.”

Put it all together and we can see that the point of the Old Testament Sabbath observance was to teach us that when the work is done we rest.  The work of our salvation was done on the cross and when we accept that, we enter into a life long period of rest. From then on it doesn’t matter what day we worship on, as long as we’re fully convinced in our own minds about it. So those who join the debate over whether Saturday or Sunday worship is proper are missing the point.  The point is, have you entered your Sabbath rest or not?

This is what the Sovereign LORD, the Holy One of Israel, says:  “In repentance and rest is your salvation, in quietness and trust is your strength.” (Isaiah 30:15). Selah