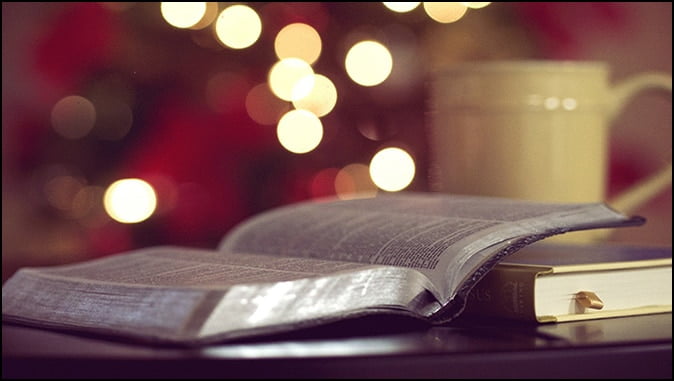 What is Truth?
By Jonathan C. Brentner

“What is truth?” Do you recognize this question? Pilate asked it during his interrogation of Jesus. His inquiry came in response to the Lord’s assertion that He had come into the world “to bear witness to the truth.”

Now two thousand years later, Pilate’s question seems more relevant than ever. We live in a world full of delusion, fake news, and dark deception. It’s difficult to know who or what to trust. I’m convinced the left puts out sensational erroneous tidbits hoping that we as conservatives will run with it and thereby look foolish. Never has there been a need for greater discernment. Never before has the media flooded us with such an abundance of fake news.

Sadly, false teachings have invaded the church. Many pastors subtlety or openly add works to the Gospel, which has been a problem since the days of the early church (Gal. 3). Others exalt human reasoning and feelings above the words of the Bible. “A God of love would never send anyone to hell,” we so often hear. Many use identical reasoning to justify behavior that the Lord labels as sin.

As we walk through a world groping about in darkness, we need the light of Scripture to guide us and illuminate our path. For not only does Jesus embody ultimate truth, He is our light in a very dark world full of lies and much delusion (John 1:4-5).

To counter the fake news of the left and liberalism, let’s look further at how the Lord might answer the question, “What is Truth?”

I am the Source of Wisdom and Understanding

I love the words of Proverbs 2:6, “For the LORD gives wisdom; / from his mouth come knowledge / and understanding.” The apostle Paul said the same thing in 2 Timothy 3:6 with these words, “All Scripture is breathed out by God…” Scripture is our foundation for wisdom, understanding, and knowledge.

One response Jesus would give to the question regarding truth is this, “I am the Source of wisdom and understanding.”

Yes, knowledge exists separate from the Bible, but reality never contradicts it. Proverbs 21:30 says, “No wisdom, no understanding, no counsel / can avail against the LORD.” We can discover many facts about nature and science has added many improvements and comforts to our lives. The Bible, however, remains the source of ultimate and unfailing truth.

This is incredibly good news for those of us who know the Savior; we possess unfailing truth in the words of Scripture that come to us through the Lord Jesus. He is “the Word that became flesh and dwelt among us…” (John 1:14). Ultimately, all of Scripture, from Genesis 1:1 to Revelation 22:21, reveals Jesus and the story of His redeeming love.

Christ is the wisdom of the book of Proverbs, the kinsman redeemer of Ruth, and the still future King of all the nations as revealed in so many messianic psalms. He is the suffering servant of Isaiah and the One that will someday set on the throne of David.

Jesus summed it up best in John 14:6 when He said, “I am the way, the truth, and the life.” No person ever claimed so much and no claim stirs as much controversy today as Jesus’ assertion in this verse.

All Truth Conforms to My Revealed Word

I remember the agitation I felt after listening to an associate pastor mock the idea of the rapture and those who believe in it. That afternoon, writing an e-mail to him became a way to release my anger.

I will never forget his response. He wrote back that in the past he did believe in a pretribulation rapture and the millennial reign of Jesus. He attributed that to a pastor who took him through the biblical passages that support these beliefs. However, he continued by citing several human authors who he said convinced him of amillennialism and led him to deny the reality of the rapture.

You see, it’s not just the cults that exalt human wisdom over the words of the Scripture. Sadly, many pastors who claim to believe in the inerrancy and inspiration of Scripture interpret God’s Word with the addition of human wisdom just the associate pastor in the above example.

Another response that Jesus might give us regarding truth is this, “Ultimately, it all conforms in one way or another to my revealed Word.”

Because of the ministry to which God has called me, I am most aware of the dependence on human wisdom in the area of eschatology, the study of future things. This practice has resulted in many false teachings that effectively dismiss the fact that we live in the last days.

Theologies that deny the future restoration of Israel, for example, rely heavily on input from outside Scripture, from human wisdom that they elevate above the words of the prophets. Some pastors rely on the words of John Calvin to guide them in their false teaching regarding the future of Israel. Calvin was a great Reformer, but his eschatology came from the dark ages where Platonism and Anti-Semitism formed the basis of the denial of a future kingdom to Israel.

Of course, knowledge and wisdom exist apart from the words of Scripture. However, truth never contradicts the reality we find in Scripture.

My Truth is Eternal

I read from the Psalms and Proverbs almost every day. Although God inspired these books almost three thousand years ago, I never fail to discover truths that apply to my life and the day in which we live. God’s truth is eternal; it’s ageless.

Isaiah 40:8 says, “The grass withers, the flower fades, / but the word of our God will stand forever.” God’s truth never goes out of style; it abides forever. It never loses its relevance to the life of the believer.

In Matthew 24:35 Jesus made this claim about the eternal nature of His truth, “Heaven and earth will pass away, but my words will not pass away.” These words offer much assurance and comfort to us. We are secure because His promises to us via the Gospel never fail. Just as His covenants with Israel remain in place, so our justification endures forever.

As I write, the Marxist group that erroneously claims to care for black lives announced its intention to attack churches, Jesus, and Christianity. One key objective of the left in America is to cancel the Word of God, but I can assure you that while they may destroy property; God’s Word will endure for all eternity. Those who oppose the Lord and His timeless truth will soon wither away like the grass of the field.

The eternal nature of Jesus’ Words brings us an abundance of comfort; it represents our hope and security in a world gone mad, a world where truth does not matter and lives are expendable.

What is truth? It’s the inerrant and inspired word of God that became flesh in the form of the Son, whom we know as the Lord Jesus, our risen Savior. Through it, He shines as a beacon light in a world groping about in darkness, struggling to find its way.

Sadly, many reject our Jesus along with His saving words of life. They love the darkness more than the light (John 3:20).

Jesus is our lifeline. our Light in a dying world and our hope in a world facing a catastrophe in the not so distant future.

The Temples of the Bible – Part 2

Salvation Lessons from the Thief on the Cross

Salvation Lessons from the Thief on the Cross By Dr. Andy Woods Luke 23:39-43 records…