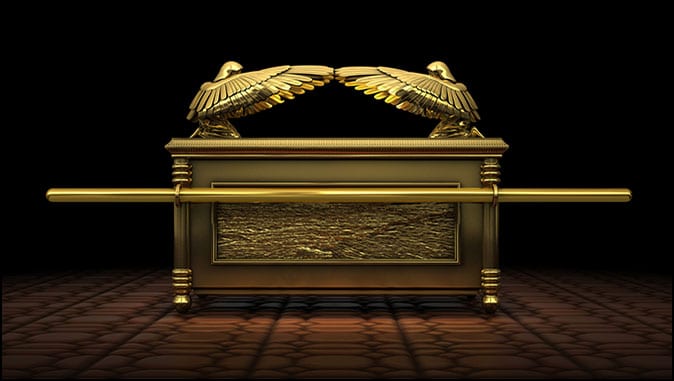 The Temples of the Bible – Part 3
By Dr. Andy Woods

One way to get a perspective on what God has done, is doing, and will do, is to become familiar with the various temples of Scripture. To begin with, it is helpful to understand the four Jewish temples. Two of these temples existed in past Jewish history. Two of these temples will exist in Israel’s future. My previous two articles have discussed the first two historical temples as well as some of the issues surrounding the coming third temple that will exist in the future tribulation period. This article will briefly examine this coming fourth temple as well as briefly discuss the metaphorical temples God indwells in the present church age.

As we study Scripture carefully, we learn that there will actually be a fourth temple which will play a major role in Israel’s future. This temple is described in Ezekiel 40-48. We know that this passage is not talking about any of the three temples we have just discussed because it mentions that this temple will have features which do not match any of the previous temples. In context, Ezekiel 40-48 is speaking of the millennial reign of Christ which will be established upon the earth when Christ returns. Thus, this fourth temple will exist during the 1,000 year governmental reign of Christ (Rev 20:1-10). That is why this fourth temple is referred to as the millennial temple.

Tragically, many interpreters fail to take this temple literally and instead opt to allegorize, spiritualize, or symbolize away this temple’s details. Yet, why would Ezekiel describe this temple in such mind-numbing detail if it were not literal? Similar detail is used to denote the specifics of Noah’s Ark (Gen 6:15-16), Moses’ Tabernacle (Exod 25‒31), and the Solomonic temple (1 Kgs 5‒7). If these three accounts are all literal, then why cannot Ezekiel’s temple be literal as well? Interestingly, in the Book of Ezekiel, the millennial temple is juxtaposed with the first temple destroyed by Nebuchadnezzar of Babylon (Ezek 8‒11). The same amount of detail is used to depict both temples. Just as the glory of God left the first temple prior to its destruction (Ezek 10:4, 18-19; 11:23), the glory of God will return to the millennial temple (Ezek 43:1-5). Since most commentators take the first temple literally, it seems absurd to not take Ezekiel’s millennial temple with the same degree of literalness. To do otherwise would be to unnaturally and inconsistently bifurcate the Book of Ezekiel. Revelation 21:22 says, “I saw no temple in it, for the Lord God the Almighty and the Lamb are its temple.” Thus, because there will be no temple in the Eternal State (Rev 21‒22), Ezekiel’s millennial temple will constitute the very last physical temple in the outworking of God’s purposes.

It is exciting to contemplate these two historical and two eschatological Jewish temples. However, because the Church Age is an intercalation, or interruption or parenthetical insertion, in between God’s past program and future program for the nation of Israel, these four temples really have no direct relationship to the Church Age. Although the church is not related to Israel’s literal temples, there are two non-literal or metaphorical temples that are directly related to the church. First, all of the physical bodies of Church Age believers are considered the temple of the Holy Spirit. First Corinthians 6:19 says, “Or do you not know that your body is a temple of the Holy Spirit who is in you, whom you have from God, and that you are not your own?” Here, temple imagery is used to describe the relationship of the Holy Spirit to the individual believer’s body. Christ set the precedent for using the temple as a metaphor for the physical body: “Jesus answered them, ‘Destroy this temple, and in three days I will raise it up.’ The Jews then said, ‘It took forty-six years to build this temple, and will You raise it up in three days?’ But He was speaking of the temple of His body.” (John 2:19-21). Just as the glory of God indwelt the Solomonic temple, the Holy Spirit indwells, lives, or takes residence in the believer’s body.

Paul also used the temple metaphor to describe God’s presence in the church. First Corinthians 3:16 says, “Do you not know that you are a temple of God and that the Spirit of God dwells in you?” Interestingly, while the noun “body” is singular in 1 Cor 6:19, the second person pronoun “you” is plural in 1 Cor 3:16. In other words, just as God individually indwells the believer (1 Cor 6:19), He also indwells His church as believers gather corporately (1 Cor 3:16). While we can remain excited about Israel’s past and future temples, let us remain equally interested in and excited over the two great temples of the Church Age that directly affect the believer today. Just as God was at work and will be at work in Israel’s temples, He is also at work in our bodies and churches. Our study of the various temples of the Bible has shown us how God has worked in the past, how He is working in the present, and how He will work in the future.

Ten Things That Are True About God Today

What Does The Bible Say? The Sabbath Year (Shemitah)

What Does The Bible Say? The Sabbath Year (Shemitah) By Jack Kelley The weekly Sabbath…

Messianic Prophecy In The Old Testament

The Intercessor By Dr. Matt Ayars President Wesley Biblical Seminary Too often I pause and…