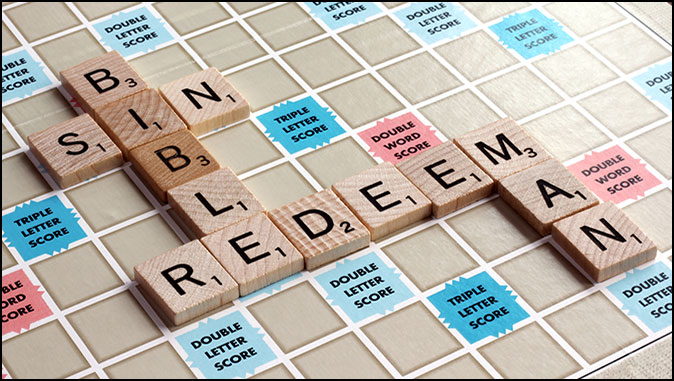 The Story of the Redeemed
By Jonathan Brentner

When I wrote my chapter in Lawless about those who falsely claim the existence of a climate emergency, I included a section about the story of creation. One of the fundamental mistakes of the climate alarmists is their failure to grasp, or believe, the story of God’s created order that begins in Genesis 1 and concludes in Revelation 22.

Just as the denial of creation’s entire story spawns a variety of false beliefs regarding our environment, so the denial of our entire story, as redeemed believers, misleads multitudes in today’s church. Just as with creation, our story has a glorious culmination that many pastors either neglect or deny. Even for us who are aware of the time in which we live, the spectacular ending of our story far too often slips from our consciousness as we watch lawlessness and wickedness grow exponentially around us.

In Romans 8:18-25, Paul compares the story of creation with that of New Testament saints. I believe there are several key parallels between our story and that of creation that can encourage our hearts and calm our fears as we eagerly await Jesus’ appearing.

Our story begins in the Garden of Eden. We were the crowning achievement of a perfect and beautiful creation. In Genesis 1:26-27 we read:

Then God said, “Let us make man in our image, after our likeness. And let them have dominion over the fish of the sea and over the birds of the heavens and over the livestock and over all the earth and over every creeping thing that creeps on the earth.” / So God created man in his own image, / in the image of God he created him; / male and female he created them.

Genesis 1 concludes with these words, “And God saw everything that he had made, and behold, it was very good. And there was evening and there was morning, the sixth day” (v. 31).

In God’s spectacular and marvelous creation, everything was perfect. Death and corruption did not exist. Adam and Eve lived in sinless perfection in a perfect environment that we can only imagine.

Sadly, death soon entered God’s magnificent creation through the disobedience of Adam and Eve. In my chapter in Lawless, I describe it in this way:

The Book of Genesis reveals another climatic event that enables us to understand the current state of planet earth. It’s what we refer to as the “Fall,” when Adam and Eve disobeyed God and sin entered the human race. As a result, the Lord extended His punishment of their behavior to nature (Genesis 3:17–18). As beautiful and spectacular as nature can be today, it does not possess its original glory.

There is both bad and good news here that we must not separate. Because we are a part of Adam’s race, we are all born in sin and in dire need of redemption. The good news is that Jesus died for Adam’s helpless race.

Because of Jesus’ payment for our sins on the cross, as redeemed saints we inherit His righteousness and eternal life (2 Cor. 5:21; John 3:16). Christ took God’s wrath for our sins upon Himself that we might escape the eternal punishment we deserve if we put our trust in Him alone for our salvation.

I remember as a small child standing on edge of the Grand Canyon and trying to imagine how a river, which seemed so small from my vantage point, could cause such a spectacle. I had a difficult time understanding it then and today I know that the Colorado River did not create the Grand Canyon. Rather, it formed as the direct result of the Noahic flood recorded in Genesis 6-8.

Those that tell us we must act immediately to save our planet have something in common with those who ridicule our hope in Jesus’ imminent appearing: they both “deliberately overlook” the worldwide impact of the Genesis flood (see 2 Peter 3:1-7). The former refuse to believe it while the latter group fails to understand its implications for the day in which we live (Matt. 24:36-39).

Notice the parallel in 2 Peter 3:7 between the fate of the ungodly and the created order, “But by the same word the heavens and earth that now exist are stored up for fire, being kept until the day of judgment and destruction of the ungodly.” Those who scoff at our hope, even those who do do within the church, also deny biblical teaching of the many judgments that will occur during the day of the Lord.

God’s Word reveals that the Lord’s wrath during the tribulation period (Rev. 6-18) will greatly impact nature leaving it tattered, for the most part destroyed, and in great need of restoration by the time Jesus returns to earth.

Restoration at the Return of King Jesus

The return of Jesus will bring a glorious restoration to both nature and to all those in Christ, both living and dead saints. Notice the words of Romans 8:19-22 in this regard:

Notice how the apostle Paul portrays the created order as in “bondage to corruption,” which refers to the curse of Genesis 3. The good news is that despite the current “groaning” of nature, the Lord is going to set it free from its current “futility.” I believe this will happen at the beginning of Jesus’ millennial reign on the earth.

Just as creation “waits with eager longing” for Jesus’ return, we also “wait eagerly” for Jesus’ appearing before the tribulation. Just like nature, we groan in anticipation of the Rapture when the Lord will set us completely free from the terms of the Genesis 3 curse. Notice how the words of Romans 8:23-25 tie the longing and groaning of nature with our hope of Jesus’ imminent appearing:

And not only the creation, but we ourselves, who have the firstfruits of the Spirit, groan inwardly as we wait eagerly for adoption as sons, the redemption of our bodies. For in this hope we were saved. Now hope that is seen is not hope. For who hopes for what he sees? But if we hope for what we do not see, we wait for it with patience.

The appearing of Jesus before the tribulation will bring total restoration for those of us in Christ. At that time we will fully experience our adoption into God’s family and realize the “redemption of our bodies.” The New Testament contains many other references to our receipt of glorious and immortal bodies (1 Cor. 15:50-57; 2 Cor. 5:1-8; Phil. 3:20-21). This is the “blessed hope” of Titus 3:13. The New Testament portrays Jesus’ appearing to take us home (John 14:1-3), the Rapture, as the imminent anticipation of the saints.

Just as creation longs for restoration at the time we return to earth with Christ, so the redeemed of the Lord long for Jesus’ appearing when His promise of eternal life will become our forever experience. In the meantime, a little sanctified groaning is in order.

Our Millennial Reign with Jesus

The millennium will be glorious for us as well as for creation (see Isa. 11:1-10). Jesus will reign on throne of David over a fully restored kingdom of Israel as He completes the task of regathering the Israelites from all the nations. He will raise all the Old Testament saints along with those we refer to as the tribulation saints. It will be a glorious time for all of creation as well as for us and for Israel, of course.

Our experiences in this life take on new meaning knowing we will someday reign with Jesus. What if like Joseph in the book of Genesis, the Lord is using our hardships to prepare us for our future positions in His glorious kingdom? I believe that our experiences here below have a God-given purpose for this life as well as for the millennium when we will reign with Jesus.

The story of creation includes a complete makeover as described in Revelation 21:1-4. We will already have our incorruptible and immortal bodies and as such we will forever enjoy God’s new creation of the earth and heavens along with the magnificent New Jerusalem.

Take a moment to feast on the words of Revelation 21:1-4:

Then I saw a new heaven and a new earth, for the first heaven and the first earth had passed away, and the sea was no more. And I saw the holy city, new Jerusalem, coming down out of heaven from God, prepared as a bride adorned for her husband. And I heard a loud voice from the throne saying, “Behold, the dwelling place of God is with man. He will dwell with them, and they will be his people, and God himself will be with them as their God. He will wipe away every tear from their eyes, and death shall be no more, neither shall there be mourning, nor crying, nor pain anymore, for the former things have passed away.”

As the redeemed of the Lord, we will forever enjoy a beautiful and physical New Jerusalem and a gloriously refurbished earth and we will do so with physical imperishable bodies. Do not let anyone deceive you with the lie that the New Jerusalem is symbolical of another reality; it’s real; and it will be our physical home for all eternity.

The climate alarmists of our day make many critical errors about the environment because they deny the story of God’s creation from its start in Genesis 1 to the eternal state as the Lord reveals for us in Revelation 21-22. Because the climate alarmist deny the truth of God’s Word regarding creation, they believe the lie that they themselves must save the planet.

The amillennialists similarly lead others astray because they deny the whole story of our redemption as New Testament saints. As a result, they do not recognize the urgency of the day in which they live as the seven-year tribulation approaches the world like an out-of-control freight train.

No novel is complete without the ending of the story. No symphony is whole apart from its climatic final notes. We do not end baseball games after the first inning (under normal conditions). And most importantly, this life is just the exceedingly brief beginning of our story that does not reach its climax until the eternal state when we will forever enjoy the beauty and wonders of the New Jerusalem and God’s glorious new creation.

As we plod through the storms, sorrows, and trials of life, we must keep the glorious prize before our eyes. It’s one that begins with Jesus’ imminent appearing to take us home and culminates in the exceedingly glorious eternal state. I need this constant reminder of these things and I suspect that you do as well.

God's Argument Against Evolution By Jack Kelley (Note: Following up on the recent evolution/ creation…

Is It Important That the Holy Spirit Is a Person?

Is It Important That the Holy Spirit Is a Person? By Dr. Matt Ayars President…