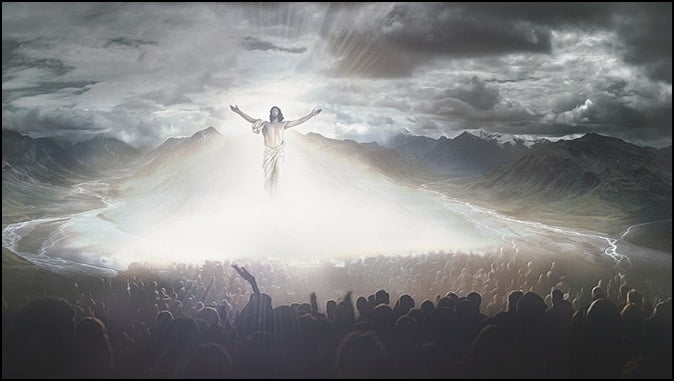 The Perilous Beliefs of Preterism
By Jonathan C. Brentner

A glance at the title of this article may cause you to wonder why I am writing about this matter. Isn’t this just inflaming disagreement on something that doesn’t matter? Am I not just stirring up divisions?

Before I answer these questions, let me share with you what preterists believe. Most preterists teach that the Lord has already fulfilled all of biblical prophecy; this includes all of Matthew 24 as well as the entire book of Revelation including chapters 21-22. They believe Jesus returned to earth in AD 70 when Titus and the Romans destroyed Jerusalem. Many of them believe we already live in the eternal state.

So why am I writing about preterism? It’s my passion to warn believers about false teachings related to future things and as such preterism requires our full attention because it distorts our Gospel hope.

And because of the widespread acceptance and popularity of preterism, it’s necessary to address key perils wrapped up in its false teaching.

Preterism Repeats the Errors of Amillennialism

Preterists start with the errant beliefs of the amillennialists and then proceed further away from the truth of God’s Word. Whereas most amillennialists stop allegorizing the book of Revelation with chapter 20, preterists regard chapters 21-22 as also symbolic of prophecies already fulfilled or of past history.

The extreme version of preterism tells us we already live in the eternal state while other milder forms of it still look forward to a second coming of Jesus and a future eternal state.

During a Sunday school class that I taught on prophecy, I encountered a preterist who objected to my teaching that Matthew 24 represented the future. He believed that since Jesus returned in 70 AD, He had fulfilled all the words of this chapter.

I can assure you that Jesus’ return to earth as set forth in Matthew 24:29-31 has not yet happened. And if His glorious second coming remains future, then of necessity all the signs pointing Jesus gave us that point to it must also still future (Matt. 24:3-28). Preterism errs by placing Jesus’ return to earth in the distant past.

Preterism Diminishes the Glory of Jesus

In Revelation 1:7, John describes Jesus’ glorious return as a time when “every eye will see him.” The apostle gives us a more detailed description of the dazzling power and magnificence of this event in Revelation 19:11-20:6.

To assert that an obscure vision of chariots clashing in the sky in 70 AD fulfilled the prophecies of Jesus’ breathtaking return to earth, as do the preterists, makes no sense whatsoever. How can they claim this localized vision fulfilled Jesus’ triumphant return in which every person alive on earth will see Him? Such teaching is not only false, but it demeans the picture of Jesus’ majestic future return to earth.

Preterism demeans Jesus’ glorious future in another key way. Listen to what the Father promises the Son in Psalm 2:8-9, “Ask of me, and I will make the nations your heritage; and the ends of the earth your possession. You shall break them with a rod of iron and dash them in pieces like a potter’s vessel.” It’s clear from the context that these are physical nations with governing kings. The promise of Psalm 2 as well as that of Isaiah 9:6-7 relate to a time when Jesus will physically govern the nations of the world seated upon the throne of David.

Can you even for a moment imagine the Father reneging on His promise to Son regarding the nations? Yet this is precisely what preterists ask us to do through their denial of a future physical kingdom with Jesus ruling over the nations of the world.

Although mild preterists still believe in a future return of Jesus, most believe in the fulfillment of all biblical prophecy including the entire book of Revelation. They believe that the apocalypse consists of an historical account of the first three centuries of the church. Mild preterists maintain a belief in a future resurrection of the saints, but believe the Bible remains silent about our lives in eternity.

These beliefs contradict the clear teaching of Scripture and in doing so negate our biblical hope. The apostle Peter told his readers to “set your hope fully on the grace that will be brought to you at the revelation of Jesus Christ” (1 Pet. 1:13). By proclaiming that Jesus has already fulfilled the prophecies of Scripture, preterists shift the hope of believers to the church and to this world. They negate many wonderful promises of the New Testament that exalt Jesus’ appearing as our ultimate hope.

In Acts 20:29, Paul warned the Ephesian elders of “fierce wolves,” false teachers, who would come into their church “not sparing the flock.” I believe the apostle would use even stronger words of warning regarding the preterists who negate the many precious promises of Scripture regarding our hope and replace them with them with a false hope in what the church can do.

Preterists maintain that John wrote the book of Revelation in about AD 65-67. If the apostle wrote the book after AD 70, then preterism cannot be true since John would be writing about the future return of the Lord after it took place. Preterism depends entirely on an early date for the writing of Revelation.

It’s impossible, however, to maintain that John wrote the book before AD 70. Many writers in the early centuries of the church place John’s banishment to the Isle of Patmos and the writing of Revelation late in the reign of the Emperor Domitian, who ruled over Rome from AD 81-96. Irenaeus, who grew up in the church at Smyrna and later became a prominent writer in the early church, stated that John wrote Revelation during this time. Would not someone who attended the church where the book was first read surely know when it was written? He said John wrote Revelation late in the reign of Domitian.

Furthermore, if Jesus returned in AD 70 as Preterists claim, why is it that so many prominent church fathers still looked for it as a future event in the early centuries of the church? Leaders such as Papias (70-163), Irenaeus (130-202), Justyn Martyr (100-165), and Tertullian (155-240) all wrote about Jesus’ future return to rule over the world. How could the entire church have missed Jesus’ glorious Second Coming in AD 70?

The testimony of church history totally and absolutely destroys the key claim of preterism. Besides its almost unanimous witness to a later date for the writing of Revelation, all the prominent writers of the second and third centuries placed Jesus’ Second Coming in the future. How could they all have missed it?

Mild preterists believe in a future return of Jesus where he resurrects the bodies of dead believers. Although not as bad as those who claim we already live in the eternal state, this belief by itself does not encompass the true hope of the Gospel as Paul writes about in Phil. 3:20-21 and in Romans 8:23-25.

Extreme preterists, however, distort the Gospel with their denial of the future bodily resurrection of the saints. While I believe all the various forms of preterism represent false teaching because of their view regarding Jesus’ second coming; the denial of a future resurrection for the saints makes the Gospel message totally irrelevant. What’s the purpose of the good news if we already live in the eternal state or cannot look forward to a bodily resurrection?

The apostle wrote this in 1 Corinthians 15:19, “If in Christ we have hope in this life only, we are of all people most to be pitied.” This is how Paul viewed our faith with no bodily resurrection.

By dismissing all prophecy as something the Lord already fulfilled, preterists cause considerable harm in the church by taking the eyes of the faithful off the wondrous joy ahead for them.

I regard preterism as a heresy because its teachings demean the message of hope contained in the Gospel and exalt the church over its head, the Lord Jesus. The more extreme versions of it represent a grave distortion of the Gospel by stripping it of all its good news for the saints.

The Gospel hope of the New Testament is Jesus’ return to take us to His Father’s house in heaven, to the place He is now preparing for us!

Don’t let anyone take your eyes off Jesus; He’s the prize and your only refuge in a troubled world. He’s coming soon!