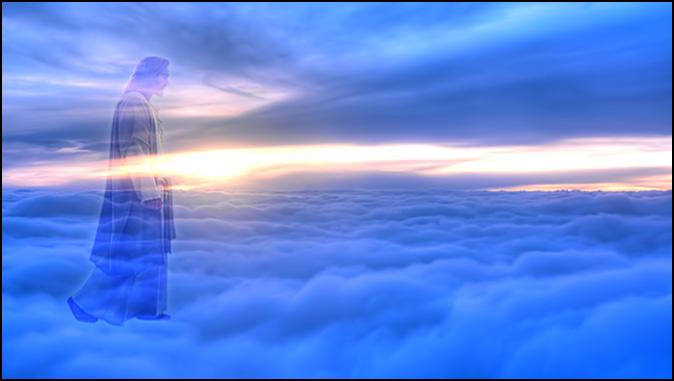 The Man From Eternity
By Jack Kelley

“But you, Bethlehem Ephrathah, though you are small among the clans of Judah, out of you will come for me one who will be ruler over Israel, whose origins are from of old, from ancient times” (Micah 5:2).

Everyone who has ever received a Christmas card is familiar with Micah 5:2. But here’s something you might not know about it.

Beyond the common understanding that it’s a prophecy of the Messiah’s birth place, the way Micah described Him is unique, to say the least, and contradicts the Jewish thought prevalent at the time of His birth that he would be an ordinary man. The English phrase “whose origins are from of old, from ancient times” is remarkable in itself but only tells part of the story. A literal translation from the Hebrew shows that the promised ruler of Israel existed before time began, and would continue to exist forever. He wouldn’t just be a human descendant of King David with a human life span, but would be a man like no other. A man from eternity.

Later John would say the following about Jesus. Calling Him “The Word” He wrote,

So we wouldn’t misunderstand who “The Word” is, John followed up with,

“The Word became flesh and made his dwelling among us. We have seen his glory, the glory of the One and Only, who came from the Father, full of grace and truth” (John 1:14).

And Jesus Himself made the point that if the Messiah was just a son (descendant) of David’s why did David, speaking through the Holy Spirit, call Him Lord? For David said,

In our English translation the meaning isn’t clear, and even if you look up the Greek text of Matt. 22:43-44 you can miss it. But in the Hebrew text of Psalm 110, from which Jesus was quoting, the difference was obvious to them and it’s obvious to us.

Notice two different Hebrew words are both translated Lord. The first one, called the tetragrammaton (four letters) is the closest the scribes could legally come to writing the name of God. These four letters later came to be pronounced first as Jehovah and then as Yahweh and are used only of God the Father. The second word, adon, means lord or master and can refer to men as well as God.

King Of The Jews

By the way, here’s another interesting point. After the Lord’s birth, the Magi came to Jerusalem and inquired of King Herod as to the child’s whereabouts. When he asked some of the chief priests where the Messiah was supposed to be born, they told him it was Bethlehem, based on their knowledge of Micah 5:2.

Herod tried to trick the Magi into revealing the Lord’s exact location so he could have the boy killed. The Magi were well known figures in their day, and were thought of as kingmakers. Herod immediately saw their arrival as a potential threat to his position.

Herod wasn’t even Jewish, but had been appointed to the throne because of his connections in Rome, and now these kingmakers were inquiring about the one who was born king of the Jews. Someone like that could legally challenge his right to rule. In his mind, he resolved to eliminate this potential rival as soon as possible.

But God thwarted his plans by sending the Magi home a different way and warning Joseph to escape to Egypt with Mary and Jesus until it was safe to return. Furious at being outplayed, Herod gave orders to kill all the boys in Bethlehem who were two years old and under (Matt. 2:1-18).

But in my opinion the strangest part of the story is that there’s no record of the chief priests making any inquiry of their own. The Jews had been looking for their Messiah King for 500 years, and yet the testimony of these famous kingmakers that He had come apparently didn’t excite enough curiosity to cause an investigation. It’s an example of the kind of things we can miss when we ignore the clear prophecies of the Bible.

Now let’s look at the verses immediately following Micah 5:2 for some additional discovery.

“Therefore Israel will be abandoned until the time when she who is in labor gives birth and the rest of his brothers return to join the Israelites. He will stand and shepherd his flock in the strength of the Lord, in the majesty of the name of the Lord his God. And they will live securely, for then his greatness will reach to the ends of the earth. And he will be their peace.” – (Micah 5:3-5)

Even though the opening word of Micah 5:3 (therefore) identifies these three verses as part of the same thought, most people have never read them. Taken together they reveal incredible secrets from beyond the veil of time.

Micah was a contemporary of Isaiah and Hosea and served as a prophet between 750 and 686 BC. In addition to prophesying the fall of both Samaria (the Northern Kingdom) and Jerusalem (the Southern Kingdom) in chapter 1, Micah was allowed to foretell the birth of the Messiah in chapter 5.

A straightforward reading of Micah 5:2-5 would indicate that because of His promise to send a ruler to Israel, God would leave the Jewish people alone for a period of time ending when she who was in labor gave birth to Him. His birth would bring the divided kingdom back together and they would live securely. His greatness would spread through out the world, and He would be their peace.

If you read last weeks’ feature article you’ll see this is as another case of a prophecy’s fulfillment being open ended based on Israel’s response to the Messiah’s coming. They did experience a 400 year long time of silence between the Old and New Testaments. She who was in labor did give birth to the ruler God had promised and His greatness has spread through out the world.

But since those to whom He was sent rejected Him, the kingdom was not reunited, He did not become Israel’s shepherd, they have not lived securely, and peace has eluded the world. Instead Israel was well and truly abandoned, disappearing from among the nations of Earth for 19 centuries, and the prophecy remains unfulfilled. In addition, the promises of this and other prophecies would hence forth be hidden from their eyes (Luke 19:41-42).

Return To Me, And I Will Return To You

Ezekiel 38-39 tells of a battle scholars agree has not happened yet. According to Ezekiel 39:22 God will use it to open Israel’s eyes and from that day on they’ll know He is the Lord. This will bring them back into their Old Covenant relationship with Him. But once more they’ll be fooled. Thinking he’s their Messiah many will follow the anti-Christ and there will be terrible times for Israel and the world. Jesus called this time the Great Tribulation, unequaled from the beginning of the world and never to be equaled again (Matt. 24:21).

But according to Lamentations 3:22-23 the Lord’s mercies are new every morning, and He promised Israel that when they seek Him with all their heart they’ll find Him (Jeremiah 29:13). Toward the end of the Great Tribulation the time will come when they will seek Him, and as He promised they’ll find Him.

“And I will pour out on the house of David and the inhabitants of Jerusalem a spirit of grace and supplication. They will look on me, the one they have pierced, and they will mourn for him as one mourns for an only child, and grieve bitterly for him as one grieves for a firstborn son” – (Zechariah 12:10)

The Spirit God, promised in Ezekiel 39:29, will be poured out on the people, their eyes will be opened and their hearts will be softened, and they’ll finally recognize the One who has been their Messiah all along.

On the day of the Lord’s crucifixion, Pilate tried and failed to convince the crowds of His innocence. Finally in frustration he symbolically washed his hands indicating he was done trying.

“I am innocent of this man’s blood,” he said. “It is your responsibility.”

And so it has been for nearly 2,000 years. But on the day their eyes are opened they will realize the enormity of their of their sin. They will grieve bitterly and seek His forgiveness. And what will the Lord’s response to this be?

Finally the balance of Micah 5:2-5 will be fulfilled.

“He will stand and shepherd his flock in the strength of the Lord, in the majesty of the name of the Lord his God. And they will live securely, for then his greatness will reach to the ends of the earth. And he will be their peace.” You can almost hear the footsteps of the Messiah.