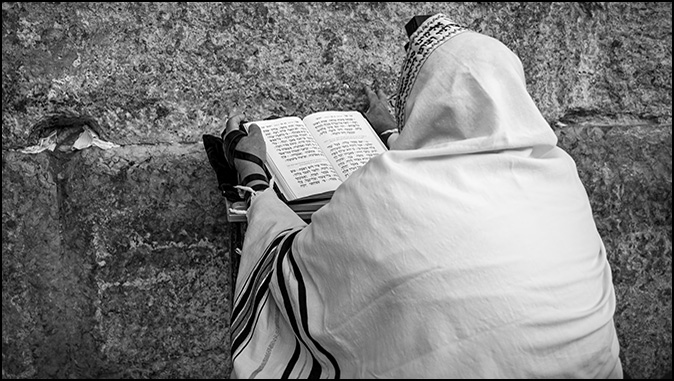 The Gospel and Tisha B’Av
By Tim Moore

Av is the fifth month of the Hebrew calendar, and usually falls in the months of July and August on the Gregorian calendar. Tisha B’Av — also known as the 9th of Av — is what the Jews would consider “a date that lives in infamy.”

According to Jewish scholars, on the 9th of Av the following historic catastrophes occurred:

1. Ten Jewish spies returned from the Promised Land with a bad report (leading the people to lose heart and be consigned to wander in the wilderness for 40 years).
2. The First and the Second temples were destroyed.
3. The Battle of Betar was lost (the Jewish rebellion under Simon bar Kochba was crushed and the remaining rebels were annihilated).
4. The Romans plowed the Temple Mount — in fulfillment of the prophecy of Micah 3:11-12.
5. Jews were expelled from England (in 1290 AD).
6. Jews were expelled from Spain (in 1492 — the same year Columbus “sailed the ocean blue”).
7. Both World Wars in the 20th Century began — unleashing horrific tragedy upon the Jewish people.

Given all the sadness tied to this day, it is long been recognized as a Jewish day of mourning. But even as they commemorate tremendous suffering, the Jewish people also demonstrate a resilience that has inspired believers and objective skeptics alike. Asked by King Louis XIV of France to provide proof of God’s existence, Blaise Pascal responded, “Why the Jews, Your Majesty, the Jews!” (The same statement is ascribed to insightful individuals in England and Russia.) The point is that in spite of their suffering, the Jews are still here. Their very presence proves that God’s promises are “Yes and Amen” (2 Corinthians 1:20).

And, although Satan was the instigator of all those historic tragedies, God repeatedly turned ashes into beauty for the Jewish people. He did that through Joseph’s life. He did it again through Ruth. He will do it again when yet another threatened catastrophe will lead the Jewish people to cry out, “Baruch haba b’shem Adonai” — Blessed is He who comes in the Name of the LORD. That prophecy points forward to a time that will lead up to Jesus’ glorious Second Coming, His establishment of the Millennial Kingdom, and His reign from David’s throne on Mount Zion in Jerusalem.

The Cross represents another historic catastrophe. Following Jesus’ death, His disciples despaired. When the Shepherd was arrested and then struck down, they scattered — just as He had foretold. Peter had denied Him three times, in spite of his own vehement profession of allegiance. The death of God’s own Son seemed to represent an unprecedented victory for Satan and unmitigated disaster for the people of God. And yet…

And yet, God turned that tragedy into the greatest victory in human history. The disgrace of the Cross became our freedom from sin. The humiliation of Christ’s shameful death became the Good News that we call the Gospel — because it provides the salvation of God to all who believe.

The 9th of Av will fall on August 5th this year. Jewish people will spend the day reflecting and mourning. The Christian sacrament of Communion offers us a regular opportunity to reflect and mourn — but our mourning is surmounted by the joy we have in knowing that Jesus lives.

Death could not hold Him. The tomb could not keep Him. Satan could not lock Him away.

When Jesus stood in the synagogue in Nazareth, He read verse 1 and the first half of verse 2 from Isaiah 61:

“The Spirit of the Lord is upon Me, because the LORD has anointed Me to bring good news to the afflicted; He has sent ME to bind up the brokenhearted, to proclaim liberty to captives and freedom to prisoners; to proclaim the favorable year of the LORD…”

Jesus stopped reading at that point, sat down, and said to them, “Today this Scripture has been fulfilled in your hearing” (Luke 4:16-21). At that moment, the rest of verse 2 and all of verse 3 still awaited fulfillment:

“…and the day of vengeance of our God; to comfort all who mourn in Zion, giving them a garland instead of ashes; the oil of gladness instead of mourning, the mantle of praise instead of a spirit of fainting. So they will be called oaks of righteousness, the planting of the LORD, that He may be glorified.”

If you are close to a Jew on the 9th of Av, mourn with them on that day of sadness as a good friend should. And then take the opportunity to tell them about the Good News that turns ashes into beauty, mourning into joy, and despair into praise. That is the power of the Gospel.