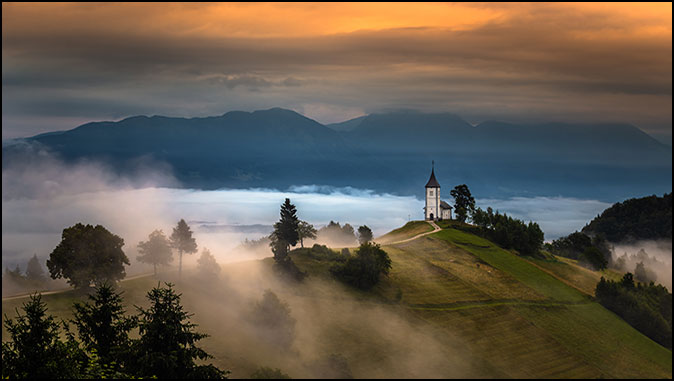 The Fog of Covenant Premillennialism
By Jonathan C. Brentner

I first heard the term “covenant premillennialism” a couple years ago. At the time, I had no idea what it meant, but I assumed it signified a belief in the millennium, the thousand-year reign of Jesus upon the earth. I had never heard of a “premillennialist” who did not possess such a conviction.

Covenant premillennialists believe Jesus fulfilled all of the Old Testament during His first coming; this includes all of God’s covenants with the nation of Israel including the promise of the Land, which the Lord says is an “everlasting covenant” (Psalm 105:8-11). Despite claiming to be premillennial, they do not believe in a literal millennium. How can one claim to be premillennial and at the same time deny its foundational belief?

They obscure their amillennial beliefs under a fog that prevents others from clearly recognizing that they are premillennial in name only.

The fog of covenant premillennialism obscures their…

When one sees the word “premillennialism,” it’s natural to assume a belief in a literal thousand-year reign of Jesus. For me, this remains the test of genuine premillennialism.

The fog also obscures this group’s denial of God’s future restoration of Israel. Although they take a different path than do the amillennialists in reaching this destination, the result is the same; both groups reject what the Bible teaches us about the still future and glorious restoration of Israel.

In Acts 1:6 the disciples asked Jesus this question, “Lord, will you at this time restore the kingdom to Israel?” Why did they ask about the restoration of Israel? They did so because the Old Testament prophets repeatedly promised just such a restoration (Jer. 30:3; 33:26; Zeph. 3:20). The disciples had listened to Jesus teach them about prophecy during the forty days after His resurrection when the future of Israel had to be a topic of conversation. Given the Lord’s promise regarding their future role in ruling over Israel (Matt. 19:28), how could this matter not come up during this time?

Many premillennialists in the early centuries of the church also believed that God had rejected Israel. However, these early church fathers remained premillennial because they believed in Jesus’ literal thousand-year reign over the nations (for example: Irenaeus, Tertullian, and Justin Martyr). They did not combine the millennium with this present age nor did they identify it with the eternal state.

They remained premillennial in their beliefs regarding future things because despite their erroneous view of Israel, they regarded the book of Revelation as literal future prophecy. They regarded Revelation 20:1-10 as depicting a literal and future thousand-year reign of Jesus that was separate from the church age and the eternal state.

Use of Allegory to Interpret Prophetic Texts

How, you might ask, do the covenant premillennialists deny Israel’s restoration when so many Old Testament passages clearly state that the Lord will restore a glorious kingdom to Israel? How do they deal with the fact that modern day Israel has already begun to fulfill prophecy in several ways?

During the past several years, I have interacted with amillennialists, preterists, and covenant premillennialists. In doing so, I have observed that they all three take a remarkably similar approach to prophetic texts in both the Old and New Testaments. There are several differences, to be sure, but for the most part all three groups approach prophetic texts in a similar manner through the use of allegory.

For example, there are relatively few differences between them in their allegorical approach the book of Revelation in that they all dismiss the millennium as described in 20:1-10 and deny the reality of the seven-year tribulation as described in chapters 6-18, that now knocks on the world’s door.

One of the most revealing aspects of dealing with an amillennial associate pastor at a former church was his explanation of how he arrived at his beliefs. He told me that after a pastor took him through several biblical passages on prophecy, he placed the rapture ahead of the coming tribulation and believed in a literal thousand-year reign of Jesus. However, after reading what various human authors wrote about biblical prophecy, he ditched these beliefs in favor of amillennialism.

In other words, when this pastor looked to Scripture for his view of eschatology, he agreed with my beliefs. But once he began relying upon human wisdom, he rejected the rapture, the future restoration of Israel, and the thousand-year reign of Jesus.

Of course, I read many books on prophecy and listen to several speakers. However, I always seek to start with an understanding of what the writers of Scripture intended to communicate when they wrote about the future of the church and of the world.

We must not let any human author, even me, lead us in a way that does not remain true to the words of Scripture. We most always go back to the words of the Bible and not let human authors dictate interpretations that contradict the plain sense of God’s Word.

I have observed over the past many years that those with errant views of eschatology base their understanding of prophetic texts on a prophetic framework or paradigm of some theologian or author and then overlay it on the text rather than let the words of Scripture speak for themselves.

When visiting a church that says it’s premillennial in its statement of faith of beliefs, make sure that includes a futuristic interpretation of the book of Revelation and the glorious restoration of a glorious and future kingdom for Israel before supporting or joining it. I know this sounds harsh, but given the day in which we live, it’s absolutely essential that we hear what God’s Word says about our glorious future as well as that of our world rather than false assurances that claim today is no different than difficult times in the past and life will return to normal in the future.