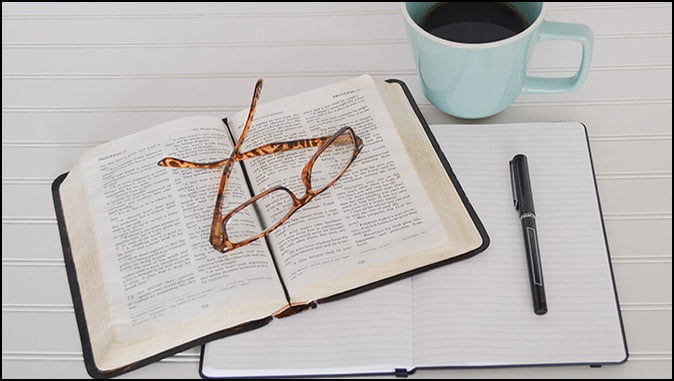 The Deception of Covenant Premillennialism
By Jonathan C. Brentner

Last year, I heard a pastor describe himself as a “covenant premillennialist.” I had no idea what he meant, but I assumed he believed in the millennium, the thousand year reign of Jesus upon the earth. I had never heard of a “premillennialist” who did not possess such a conviction.

Covenant premillennialists believe Jesus fulfilled all of the Old Testament during His first coming; this includes all of God’s covenants with the nation of Israel. Despite claiming to be premillennial, they do not believe in a literal millennium or that God will keep His covenants with King David or Israel.

They very much mirror the beliefs of those who do not believe in a millennium, the amillennialists.

Both Reject the Thousand Year Reign of Jesus

Not only is this confusing, it’s deceptive. How can this group claim to be a premillennial and at the same time dismiss the whole concept of the millennium? For a several weeks, I assumed my pastor believed in a separate reign of Jesus because he claimed to be premillennial. I was greatly saddened to learn he did not.

Despite their claim, those in this group do not believe what the Apostle John wrote in Revelation 20:1-10 about the millennium nor do they believe what many of the Old Testament prophets wrote about the future restoration of Israel.

Both Deny the Future Restoration of Israel

Although the two groups arrive at their denial of a future for the nation of Israel in differing ways, they both agree on the final result.

In Acts 1:6 the disciples asked Jesus this question, “Lord, will you at this time restore the kingdom to Israel?” Why did they ask about the restoration of Israel? They did so because the Old Testament prophets repeatedly promised just such a restoration (Jer. 30:3; 33:26; Zeph. 3:20).The disciples had listened to Jesus teach them about prophecy during the forty days after His resurrection when the future of Israel had to be a topic of conversation. Given the Lord’s promise regarding their future role in ruling over Israel (Matt. 19:28), how could this matter not come up during this time?

Some roar with laughter at this question of the disciples assuming them to be idiots for asking such a ridiculous question, but Jesus did not. He told them that their timing was off, but He did not dismiss the biblically sound premise of their question (Acts 1:7). He shifted their attention to the task at hand while affirming a future restoration for Israel. Jesus did not contradict their hope of a future kingdom for Israel nor did He ridicule them for asking about it.

Many premillennialists in the early centuries of the church also believed that God had rejected Israel, but these early church fathers remained premillennial because they believed in Jesus’ thousand year reign over the nations from Jerusalem (e.g. Irenaeus, Justin Martyr). They did not combine the millennium with this present age nor did they identify it with the eternal state.

Just like the amillennialists, the covenant premillennialists deny the Lord’s repeated promises throughout the Old Testament of a still future restoration of Israel.

Both Relegate Biblical Prophecy to Allegory

How, you might ask, do these groups deny Israel’s restoration when so many Old Testament passages state that the Lord will do just that? How do they deal with the fact that modern day Israel has already fulfilled prophecy in several ways?

They do so by relegating much of Old Testament prophecy, as well as the book of Revelation, to allegory.

Much to the dismay of the Rabbis of his day, Philo allegorized the Old Testament in order “to offer the Greeks the best of Judaism and the Jews the best of Greek philosophy.”[i] Thus began the use of allegory to distort biblical promises regarding the millennium that continued to grow in the city of Alexandria with Origen and Augustine, both admirers of Plato who incorporated his views of reality into their theology. They agree with the pagan philosopher that all material things were evil.

Augustine used allegory to eliminate the millennium because he objected to the thoughts of “carnal banquets” he visualized might be a part of such a kingdom.[ii]

Both Reject the Idea of a Literal Tribulation

Both groups reject what the Bible says about the coming tribulation. There’s no difference between them when it comes what they believe about this coming time of wrath spoken of in the Old Testament as well as the book of Revelation.

As noted above, both use allegory to explain away the words of the prophets regarding the wrath of the day of Lord as well as what the Lord revealed to John on the Isle of Patmos.

Since they base their interpretations on symbolism, much variation exists within both camps as to what the allegory means, particularly in the book of Revelation. Much disagreement also exists within these groups as to what is literal and what is allegory in the apocalypse. It’s not a one size fits all, but interpretations depend more upon the teachers than the words of the Bible.

Both Rely on Human Wisdom Rather than the Words of Scripture

One of the curious aspects of dealing with an amillennial associate pastor at my church was his explanation of how he arrived at his erroneous beliefs. He told me that after a pastor took him through various biblical passages on prophecy he was not only premillennial, but believed in a pretribulation rapture. However, after reading what human authors wrote about the end times, he ended up ditching both beliefs in favor of amillennialism.

His words jumped off the page of the e-mail. In other words, when this pastor looked to Scripture for his view of eschatology, he agreed with me. But once he began relying on wisdom outside of God’s Word, he rejected both the restoration of Israel and Jesus’ imminent return for His church.

One does not arrive at either the amillennial or covenant premillennial position based on a literal interpretation of the words of Scripture. One must apply a paradigm foreign to both the authors of Scripture and the audience to whom they wrote in order to arrive at these viewpoints.

Of course, I read many books on prophecy and listen to several speakers. But I start with an understanding of what the writers of Scripture intended to communicate when they wrote. We most always go back to the literal words of the Bible and not let human authors dictate meanings that contradict the plain sense of any passage in God’s Word.

Isaac Newton once wrote this, “About the times of the End, a body of men will be raised up who will turn their attention to the prophecies, and insist upon their literal interpretation, in the midst of much clamor and opposition.” This day has arrived. Those who allegorize Scripture to fit their own beliefs of the last days vigorously oppose those of us who ascribe to a literal interpretation, but they belong to the past.

It grieves me that my beloved seminary now allows covenant premillennial professors who do not believe in the future restoration of Israel or a literal tribulation. As a result, I often thank the Lord for the great teachers I sat under there who adhered to premillennialism and placed the rapture before the tribulation. They provided a wonderful and firm foundation from which to continue a lifetime of learning.

For the reasons stated above, I cannot accept that covenant premillennialists are truly premillennial in their beliefs; I believe this belief represents a deceptive way to tell churches and even Christian colleges and seminaries that one is premillennial when one does not hold to its historical distinctives.

It’s incredibly sad that we cannot trust the word “premillennial” to mean what it did just a couple decades ago.

Who are the “Sons of God” in Genesis Chapter 6? Part 7: The Return of…

The Mighty Angels of Daniel 10: Jolted Back to Strength

The Mighty Angels of Daniel 10: Jolted Back to Strength By Nathan Jones Jolted Back…

The Mighty Angels of Daniel 9: To Bring In Everlasting Righteousness

The Mighty Angels of Daniel 9: To Bring In Everlasting Righteousness By Nathan Jones A…

What Does Revival Mean To You?

What Does Revival Mean To You? By Grant Phillips Two years ago I wrote an…