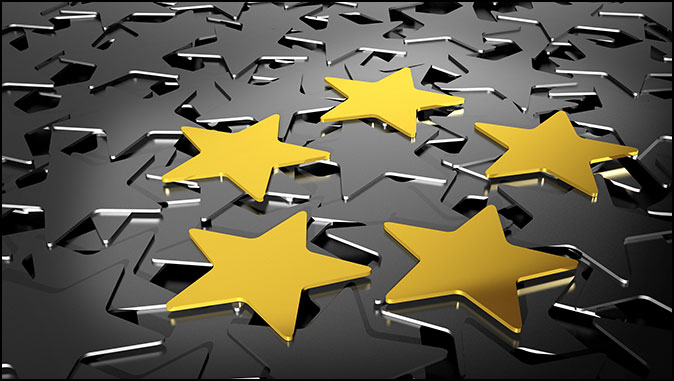 Grace Found In The Old Testament

The Lord was very graceful to the children of Israel as long as they obeyed His statutes and commandments. In Leviticus 26:3-13, the Lord explained to them how He would bless them for their obedience and worship. Here is one blessing He promised them: “You will chase your enemies, and they shall fall by the sword before you. Five of you (followers of God) shall chase a hundred, and a hundred of you shall put ten thousand to flight; your enemies shall fall by the sword before you” (Leviticus 26:7-8).

In Leviticus 26:14-40, the Lord told them how He would curse them if they didn’t obey his commandments and statutes and broke His covenant. Here is one curse He mentioned: “I will set My face against you, and you shall be defeated by your enemies. Those who hate you shall reign over you, and you shall flee when no one pursues you. And after all this, if you do not obey Me, then I will punish you seven times more for your sins.”

“The Israelites were required to give or dedicate certain things to the Lord: the first fruits of their harvest, firstborn animals, their firstborn sons, a tithe of their increase. Many wished to go beyond this and dedicate themselves or another family member, additional animals, a house, or a field to God. In these cases, it was possible to donate money instead of the actual person, animal, or property” (1)

Nearly all of the valuation money for the redemption of persons, property, animals, fields, or tithes are in the amount of multiples of 5 shekels according to Leviticus 27.

Moses died (at 120 years of age) after viewing the Promised Land from a distance. The people mourned Moses’ death for 30 (5×6) days. Joshua replaced Moses as the leader of the newly formed nation of Israel and entered the Promised Land in 1406 BC. He was full of the spirit of wisdom, for Moses laid his hands on him (Deuteronomy 34:9). Joshua died when he was 110 (5×22) years old.

After Joshua’s death, God raised up judges to lead and deliver his people from slavery. The total time of the judges was about 326 years, from 1376 BC to 1050 BC. Israel’s first king was Saul, who ruled for 40 years, until about 1010 BC.

While still a young man and before he became king of Israel, David fought and killed the Philistine giant, Goliath, armed with only a sling and 5 smooth stones. By the grace of God, David only needed 1 stone which was Divinely guided, with great velocity, to the only unprotected part of Goliath’s body, his forehead.

David ruled for 40 years; until about 970 BC. He died at 70 years of age. David was a descendant from the lineage of Jacob’s son, Judah. “All the sons of Judah were five” (1 Chronicles 2:4). Jesus was descended from this lineage on his mother’s side and his step-father’s side.

David’s son, Solomon, became king of Israel after his father’s death. He began the temple building project that his father had desired in the fourth year of his reign in 966 BC. “And it came to pass in the 480th year after the children of Israel had come out of the land of Egypt, in the 4th year of Solomon’s reign over Israel (966 BC), that he began to build the house of the Lord” (1 Kings 6:1). The temple, inner and outer sanct6uaries, furnishings, and Solomon’s other buildings were all built with dimensions of 5 cubits or multiples of 5, similar to the tabernacle of the wilderness.

Ezekiel’s vision of the Millennium Temple and city was also similar to the tabernacle and Solomon’s Temple in regards to the dimensions being mostly multiples of 5 cubits (or 1/5), according to Ezekiel 40-45. God’s Holy worship facilities seem to be centered around the number 5. By God’s grace, everyone is free to choose to worship Him or not.

Daniel the prophet was the only wise man in Nebuchadnezzar’s court who could interpret the king’s dream regarding the great statue or image because God revealed it to him. “The image’s head was of fine gold, its chest and arms of silver, its belly, and thighs of bronze, its legs of iron, its feet partly of iron and partly of clay” (Daniel 2:31-33). Daniel explained that the different parts of the image were different Gentile kingdoms that would become dominant world powers. The head of gold was Babylon, the 1st kingdom.

The chest and arms of silver were the 2nd kingdom (Medo-Persia). The belly and thighs of bronze were the 3rd kingdom (Greece). The legs of iron (Rome) and feet of iron/clay were the 4th kingdom (revived Roman Empire). In the dream, a stone that was cut out without hands struck the image on its feet of iron and clay and broke them into pieces. All the other pieces were destroyed as well, and no trace of them was found. “And the stone that struck the image became a great mountain and filled the whole earth” (Daniel 2:35). The stone that broke the image (nations) is Jesus Christ (the rock that was not formed by man) and the mountain that fills the whole earth is His kingdom (Kingdom of God/heaven). It is, by the grace of God, the 5th and final kingdom of planet Earth.

Grace Found In The New Testament

“The law, having a shadow of the good things to come, and not the very image of the things, can never with these same sacrifices, which they offer continually year by year, make those who approach perfect. For it is not possible that the blood of bulls and goats could take away sins” (Hebrews 10:1,4). When Jesus came into the world, He said: “Sacrifice and offering You (Father God) did not desire, but instead You prepared a body for Me and I have come to do Your will, O God” (Hebrews 10:5,9). God takes away the first (sacrifice offerings for sin) that He may establish the second. “By that will we have been sanctified through the offering of the body of Jesus Christ once and for all.” (Hebrews 10:10)

Most modern-day theologians believe in the following timeline for the life of Jesus of Nazareth. Jesus was born in the year 5 BC. He began his ministry in AD 29-30 and died on Passover day (Thursday) on Nisan 14, AD 33. He was resurrect6ed three days later (Sunday) on Nisan 17. Jesus ascended into heaven 40 days later, which was 10 days before the Feast of Pentecost, when the Holy Spirit came upon the apostles with great power. “But we see Jesus, who was made a little lower than the angels, for the suffering of death crowned with glory and honor, that He, by the grace of God, might taste death for everyone” (Hebrews 2:9).

“And the Word became flesh and dwelt among us, and we beheld His glory, the glory as of the only begotten of the Father, for He is full of grace and truth” (John 1:14).

Romans 38-39 is a great example of God’s grace. These verses speak of 10 (5×2) powerful things that are unable to separate us from the love of God which is in Christ Jesus our Lord.”

A double portion of God’s grace is mentioned in John 1:16. “And of His (Jesus) fullness we have all received, and grace for grace.”

In 1 Corinthians 14, Paul compares speaking in tongues to prophecy. “In the Church, I would rather speak 5 words with my understanding that I may each others also, than 10,000 words in a tongue” (1 Corinthians 14:19).

In 2 Corinthians 12:10, Paul lists 5 weaknesses that God uses to make a believer strong. “Therefore I take pleasure in infirmities, in reproaches, in needs, in persecutions, in distresses, for Christ’s sake. For when I am weak, then I am strong.”

Ephesians 4 speaks of spiritual gifts that the Lord gives to the ones who love Him. “But to each one of us grace was given according to the measure of Christ’s gift:” (Ephesians 4:7). “And He Himself gave some to be apostles, some prophets, some evangelists, some pastors and some teachers, for the equipping of the saints for the work of ministry and the edifying of the body of Christ” (Ephesians 4:11-12).

By God’s grace, believers in Christ will escape the wrath of God during the Tribulation, by means of the Rapture. At the Rapture, 5 events will happen according to 1 Thessalonians 4:15-17.

1. The Lord Himself shall descend from heaven with a shout.

2. Michael the archangel will shout (perhaps as the second in command of the armies of heaven).

3. The trump of God will sound

4. The dead in Christ shall rise

5. We which are alive and remain shall be caught up with them in the clouds, to meet the Lord in the air.

There are 5 crowns or rewards that will be rewarded to believers in heaven for their faithfulness, “that in the ages to come He might show the exceeding riches of His grace in His kindness toward us in Christ Jesus” (Ephesians 2:7).

1. The son of a widow of the city of Nain, by Jesus

1. God foreknew those that would eventually respond to the Holy Spirits’ calling that leads men and women to the Son. “He who has saved us and called us with a holy calling, not according to our works, but according to His own purpose and grace which was given to us in Christ Jesus before time began” (2 Timothy 1:9).

2. God predestined those he foreknew (from before creation) would call on the name of the Lord; to be conformed to the image of His Son (that Jesus would be the firstborn among many brethren.

3. God called the predestined ones by His Holy Spirit who leads them to the Word (Jesus). “But when it pleased God, who separated me from my mother’s womb and called me through His grace” (Galatians 1:15).

4. God justified (by His Divine grace) those He called unto righteousness. “That having been justified by His grace we should become heirs according to the hope of eternal life” (Titus 3:7).

5. God glorified those who are justified. “We are children of God, and if children, then heirs- heirs of God and joint-heirs with Christ, if indeed we suffer with Him, that sufferings of this present time are not worthy to be compared with the glory which shall be revealed in us” (Romans 8:16-18).

The first sentence in the Bible (given to Moses by God) speaks of God’s Divine grace: “In the beginning God created the heavens and the earth” (Genesis 1:1). In the fullness of time, God once again showed His Divine grace, as written by John: “For God so loved the world that He gave His only begotten Son, that whoever believes in Him (Jesus) should not perish, but have everlasting life” (John 3:16). John also wrote the last sentence in the Bible. “The grace of our Lord Jesus Christ be with you all. Amen” (Revelation 22:21).