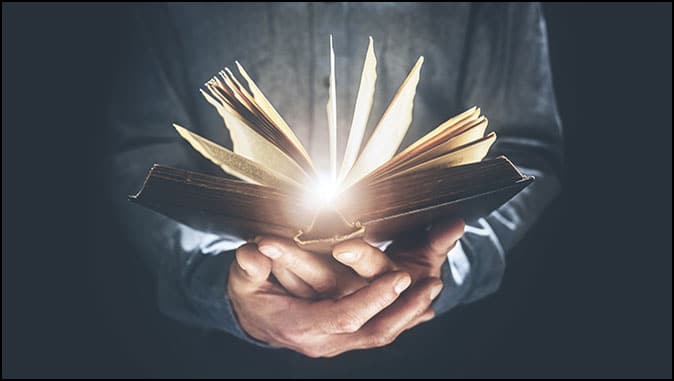 The Best Verses In The Bible
By Jack Kelley

And we know that in all things God works for the good of those who love Him, who have been called according to His purpose. (Romans 8:28)

Here we have God in His most active mode, deliberately weaving every event of our lives together into a tapestry of beneficial effect. He is managing whatever happens to you to somehow benefit you. If you haven’t discovered how a particular experience you’ve had fulfills this promise, ask God to reveal it to you. (Remember, you’re after His perspective, which might differ a little from yours.)

Let’s take the entire passage of Romans 8:28-38, pick out the key words and phrases, and look at each one more carefully to gain the full impact of His promise. I think you’ll soon see why I call them the best verses in the Bible.

The Greek word translated as “the called” in verse 28 is kletos, meaning to be called or invited (as to a banquet). It refers to the Church. The purpose for which we’re called is best described in Paul’s letter to the Ephesians.

According to Paul, God’s purpose in calling us was to create a new race of human (Ephesians 2:15-16).  Although taken from among both the Jews and the Gentiles, this new race would be called the Church and will have a destiny that’s different from either of the groups it came from.  Through the Church He would demonstrate the incomparable riches of His grace in ages yet to come (Ephes 2:7) in order that the manifold wisdom of God should be made known to the rulers and authorities in the heavenly realms (Ephes. 3:10).  Being called out from among the least worthy, the Church has become the most blessed.

The only coming age that we know about is the Kingdom, because the Bible closes at its end. But this passage hints at an untold number of ages yet to come. And during all of them the Church will shine forth as God’s crowning achievement, His work of art, the highest and best example of His creative capability.

The Church is His consuming desire, set apart by Him as holy and blameless.  He longs for us to know how much He loves us, and so His every word and action has brought us honor and expressed His devotion to us. He gave His life for us and has covered all our imperfections with His love.

Knowing we can’t ever repay Him for what He’s given us, He asks that we live our lives for Him, turning aside from the seductive call of this world, and toward an eternity with Him. It’s called being born again.

What Good Does That Do Me?

When we’re born again a whole new eternity opens up to us, and Paul explained it in the next verses of Romans 8.

For those God foreknew he also predestined to be conformed to the likeness of his Son, that he might be the firstborn among many brothers. (Romans 8:29).

As humans, we’re bound by the constraints of time, but God is not. He knows the end from the beginning. Taken together these two Greek words teach us that because He knew before He created Adam that we would choose to accept the pardon His Son bought for us at the cross, He determined at that time  to honor our choice, even though it would be thousands of years before we would make it, and He reserved a place for us in His Kingdom that no one can take away. We were foreknown and predestined to be made over in the image of Christ and to dwell with Him forever.

The word for “called” is kaleo, a root of the word kletos above. It has a pretty straightforward meaning; to call forth.  At just the right moment in our life, the Lord called upon us to take action on the choice He always knew we would make.

The word we translate as justified is another one of utmost importance in our understanding. It’s dikaioo and means to regard as though innocent. When the Lord saved us, He didn’t just ignore our sins; nor did He only pay the penalty for them. He removed us from them to such an extreme extent that He now considers us to have always been innocent of all charges. It’s as if we never sinned at all. He’s distanced us from them as far as the East is from the West. (Psalm 103:12)

And finally He glorified us. The Greek word is doxazo and it means to render glorious, of good reputation. In His eyes, we’re not an ex-convict who deserves another chance even though our reputation has been blackened by past behavior. No, if anyone is in Christ, he is a new creation; the old has gone, the new has come! (2 Cor. 5:17) because God made him who had no sin to be sin for us, so that in him we might become the righteousness of God (2 Cor. 5:21).  Knowing we’ve accepted the pardon He arranged for us, He now considers us to be as righteous as He is, without any stain or blemish, worthy of the highest honor!

What Do You Say To That?

What, then, shall we say in response to this? If God is for us, who can be against us? He who did not spare his own Son, but gave him up for us all–how will he not also, along with him, graciously give us all things? (Romans 8:31-32).

If God gave His only Son for us, what will He withhold? What is so much more valuable, more precious to Him than the life of His Son, that He would be unwilling to also give it to us?

Who will bring any charge against those whom God has chosen? It is God who justifies. Who is he that condemns? Christ Jesus, who died – more than that, who was raised to life – is at the right hand of God and is also interceding for us (Romans 8:33-34).

In what court can the one who seeks to condemn us appeal God’s findings? Who is superior to God, that he could overrule God’s judgment in our favor? Especially with God’s own Son sitting at His right hand reminding Him (as if He needed reminding) that all our sins were paid for at the cross. If God is our supreme judge, then His Son is our defense attorney, and they’ve already put their heads together and pronounced us innocent. Who can contest that?

Who shall separate us from the love of Christ? Shall trouble or hardship or persecution or famine or nakedness or danger or sword? As it is written: “For your sake we face death all day long; we are considered as sheep to be slaughtered.” No, in all these things we are more than conquerors through him who loved us. For I am convinced that neither death nor life, neither angels nor demons, neither the present nor the future, nor any powers, neither height nor depth, nor anything else in all creation, will be able to separate us from the love of God that is in Christ Jesus our Lord. (Romans 8:35-38)

No force in the Universe is capable of severing the relationship between our Lord and us! Some contracts or agreements we have on Earth automatically terminate upon our death. Not this one. Perhaps some can be cancelled by spiritual powers, good or evil. Not this one. Some can be rendered null and void due either to a present or future violation, or a misrepresentation of facts or circumstances, or wars, or uncontrollable “acts of God.” Not this one. Look as high or as low as you want. Search the Creation from stem to stern. You won’t find anything that can separate us from the love of God.

Why? Because we aren’t parties to the agreement. The Father and the Son are. We’re merely the beneficiaries. They agreed on the terms and conditions that would purchase our pardon. The Son agreed to die for us, and the Father agreed to forgive us. We simply had to accept their actions as payment in full for our sins to receive the benefit. It’s all we had to do; it’s all we could do. When we did, they confirmed it by the seal of the Holy Spirit, placed within us. The issue now is not our faithfulness, it’s theirs.

And you also were included in Christ when you heard the word of truth, the gospel of your salvation. Having believed, you were marked in him with a seal, the promised Holy Spirit, who is a deposit guaranteeing our inheritance until the redemption of those who are God’s possession–to the praise of his glory. (Ephes. 1:13-14) Selah.

Who We Are In Christ

Who We Are In Christ By Jack Kelley As I’ve said earlier in this series,…

Why Prayers For Healing Fail – Part 3

Why Prayers For Healing Fail - Part 3 By Jack Kelley In our series titled,…

What Does The Bible Say About Healing?

What Does The Bible Say About Healing? By Jack Kelley Because of my middle daughter’s…

A New Commandment I Give You

A New Commandment I Give You By Jack Kelley Whenever I write about forgiveness, I…

The Law Of Displacement