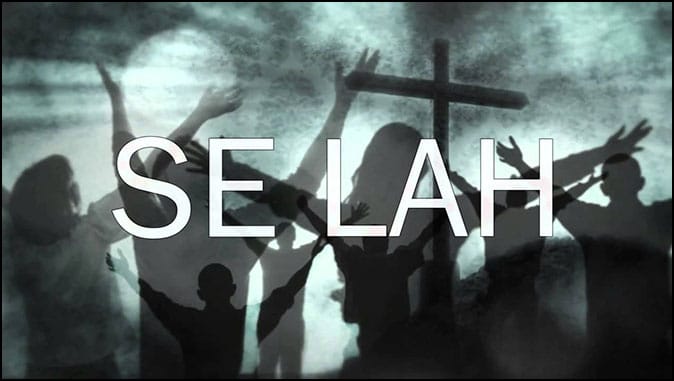 It has often been said, music feeds the heart. But the greatest songwriter and composer this world has ever known, David, also believed that music showed purpose in our soul. David did not compose just because he needed to, not even because he wanted to. David composed because he had to, because every fiber of his being called him to. Each word that David sang might speak to our heart, but David sang each word he wrote in the Psalms to the heart of our Lord.

There is such power in the words that David wrote. In each psalm he wrote, David poured out his love for our Lord, bringing to life each word he sang. Each word David sung could have been written in blood, because with each sound of his voice we can all but hear as David poured out his heart before the Lord. David brought beauty to each of the words, and causes us to pause and listen closely to each of the words we hear. And each time I read the Psalms, I can almost hear the slight quiver in David’s voice. I can almost picture the tears forming in his eyes. And I can all but see the smile on his face, as he pours out his love for God.

Of all the verses, the cries of compassion, hope, love, and praise I have read in the Psalms, one word David wrote has always fascinated me above all the others. One word that has often caused me to think, and more times than I can count, led me deeper into His Word. A word many have read, few remember, and even less will know. That word? Selah!

We see the word “Selah” seventy-one times in the Psalms, and it is found three other times in the Book of Habakkuk. Most would never realize it, but the word is used in the Old Testament twice as many times as the word “amen”, and three times as often as the word ”hallelujah”. Although many have tried to explain the word, most theologians will tell you the exact meaning is unknown. Most of our versions of the Bible do not even try to explain or translate the word straight from its’ Hebrew meaning. Most are unsure as to what the root word for selah is. But not knowing has always made me think. If God saw such importance in placing the word in His Word, then should we not make every effort to best understand what the word means?

Many scholars look at the word, and say it is just a musical term. A call for a pause, giving all those who are listening a moment to reflect on what the psalm or song is saying to them. They believe the word comes from the Hebrew word “salah”, which means “to take a pause”. If this is the case, then each time we see the word appear, the musician would have taken a pause, a moment to reflect on the One who they were singing to. A second of silence in the midst of the beauty of their song, so they could quietly praise the One they sang about.

Others have said the word comes from the Hebrew word “salal”, which means “to lift up, to praise”. They say that when we see the word we recognize that we are to take a moment to lift up the Lord with our voice, to praise Him in our song. Those who teach this will often point to Psalm 9:16, “The Lord has made himself known; he has executed judgment; the wicked are snared in the work of their own hands. Higgaion. Selah”. The word we see before selah, “higgaion”, means “to mediate, to take a moment to reflect”. They say that although we do not use the word, we still practice the word to this day. That when we sing to the Lord, we often find ourselves raising our hands in praise, taking a moment to reflect on all His glory.

Still others say the word comes from the Hebrew word “calah”, which means “to weigh or measure, to value”. That when we see the word selah, we are measuring, giving value to all God does. To all He has given us, and to all He will still do for us. That just as when we weigh a precious and unique gem, we realize that it is greater and more valuable than we are capable of measuring. And when we see the word selah at the end of these verses and psalms, that we are to realize that our God is greater than any value we could ever place on Him.

Many scholars argue as to which one of these have it right. But when I look at the word selah, I wonder if without even realizing it, all three might just have it right. Perhaps God, in all His wisdom, intended for selah to mean all three. That when we see the word, God is reminding us to take a pause, to take a moment to reflect on all His glory. To lift Him up in praise for the majesty of His plan and purpose. And to realize we can never weigh, measure, or even begin to value all He does for each of us.

Psalm 66:4 tells us, “All the earth bows down to You; they sing praise to You, they sing the praises of Your name. Selah!”. As I read that verse, I can all but hear David begin to sing. And I understand why the Lord would have him place the word selah at the end of this verse. A time comes in all our lives, when we must take pause, when we must bow down and humble ourselves before the Lord. When we must sing His praise, not with a whisper, but with a shout. A time in our lives when as Charles Spurgeon once said, “to the worship of fear shall be added a singing of love”. I can still vividly remember that day in my life when His music first caused me to shout louder than my misery. And once that song got in my head, I have never been able get enough of it, and I always find myself singing it. And every day since, as I still find myself singing the words, I find my hands lifted, my mouth filled with praise, and my heart incapable of measuring all the love He alone has placed in it. And it never fails, I always find myself pausing in awe as I sing that song, just like David must have done as he wrote down that word, selah.

In his faith and his given wisdom, David knew that a day would come when all men would make that pause. When the One that he song for, would be worshiped this world over. A day when the Gentile would know the words of the song as well as the Jew, A day when no pause could be more joyous or filled with excitement than when all of creation would be reconciled again with their Creator. A day, when those the world over would pause, taking a moment to reflect, an opportunity to raise their hands in praise, in a measure without value, to the One above.

Each time I see the word selah, I realize that each pause does not bring those songs David wrote to an end, but connects us to the next words he wrote about our Lord and Savior. Each time we see the word selah, we are not watching as one song ends and another begins. We are seeing the connection that brings each of the psalms together. Every vision He shared with each of the prophets. Every sentence He entrusted to those who wrote down His Word. And every word He taught to each of the Apostles. It was for the promise that our Savior would bring that David sung, and for the hope He would bring this whole world that caused David to pause, and lift his hands in praise. Because I believe that in each pause, in each selah, David saw what I see today. Hope.

With each selah you read, may you pause, lift your hands, value His Word, and remember that hope.

The Gospel in Joshua…The Story of Rahab

The Gospel in Joshua...The Story of Rahab By Jack Kelley It’s not what you know…

These Are The Overcomers

These Are The Overcomers By Jack Kelley In this study, we’re going to deal with…

Was The Church Foreseen In Old Testament Prophecy?

Was The Church Foreseen In Old Testament Prophecy? A Bible Study by Jack Kelley There…