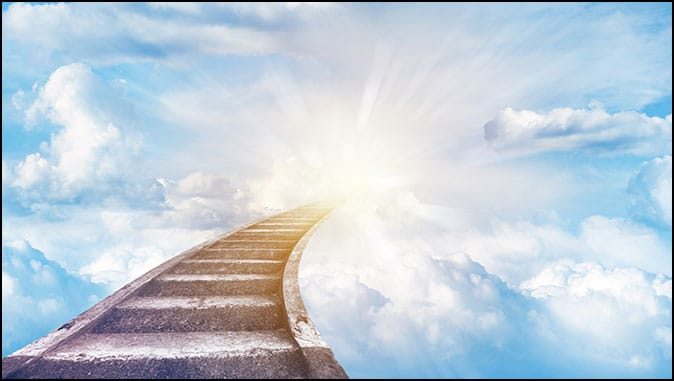 Rejoicing in What God Cannot Do
By Mike Gendron

Our righteous and holy God is worthy to be praised for all He has done, is doing, and will do in carrying out His gracious and merciful plan of redemption. However, there are also things God cannot do. As His adopted children, we can rejoice with hearts of thanksgiving because He cannot go against who He is.

This should give every child of God complete and immovable confidence because God always does what is consistent with who He is and all that He has revealed in His Word. He is utterly incapable of unrighteous, unholy or unjust acts. “His work is perfect, for all His ways are just” (Deut. 32:4).

God cannot change and He cannot learn. He is the Father of lights, with whom there is no variation or shifting shadow (James 1:17). Jesus Christ is the same yesterday and today and forever (Heb. 13:8). God cannot change in His essence or purposes (Mal. 3:6). Our omniscient God cannot learn anything new because He is all-knowing, which also means, He can forget anything (Ps. 139:1-4; 1 John 3:20).

This terrifying truth should cause every sinner to seek God’s one and only provision for the forgiveness of their sins. Since every sin is a violation against God and His righteous law, His holiness must be vindicated by punishing all sin. God is a righteous judge who cannot let any sin go unpunished and therefore, He will not leave the guilty unpunished (Ex. 34:7; Num. 14:18; Nahum 1:3; Ps. 7:11). “Righteousness and justice are the foundation of His throne” (Ps. 97:2). God will not acquit the guilty (Ex. 23:7).

Divine justice must be satisfied for every sin that has ever been committed by everyone who has ever lived. No one is exempt. “For whoever keeps the whole law and yet stumbles in one point, he has become guilty of all” (James 2:10). “All have sinned and fall short of the glory of God” (Rom. 3:23). There is only one way to escape God’s justice and that is to trust His only provision for forgiveness. God sent His only Son to be born of a virgin and to live a sinless life so that He could die as a substitute for all those who trust in Him (Isa. 53:4-12). Divine justice was satisfied for every repenting believer when the Savior became sin and was punished in their stead. “For Christ also died for sins once for all, the just for the unjust, so that He might bring us to God, having been put to death in the flesh, but made alive in the spirit” (1 Pet. 3:18)

God’s inescapable justice should cause everyone to confess their sins and run to the Savior. Tragically there are many who reject His offer of forgiveness. Others believe they can be forgiven by doing good works and religious rituals. Divine justice for them will be satisfied when the Lord Jesus returns to deal out “retribution to those who do not know God and to those who do not obey the gospel of our Lord Jesus” (2 Thes. 1:8). Jesus will say to them, “Depart from Me, accursed ones, into the eternal fire which has been prepared for the devil and his angels” (Mat. 25:41). God “will punish the world for its evil and the wicked for their iniquity” (Isa. 13:11).

God Cannot Condemn Those He Has Justified

This is the blessed assurance every believer has in Christ. “There is now no condemnation for those who are in Christ Jesus” (Rom. 8:1). God is the Judge who gives the legal verdict according to His Law. He declares the condemned sinner justified and pronounces him righteous because of his faith in Christ. Jesus died to satisfy divine justice for the transgressions committed against God’s holy law (Rom 3:21-26). Once the believer is justified, the Law no longer condemns him. “Blessed is the man whose sin the Lord will not take into account” (Rom. 4:8).

As we delight in the attributes of God it will magnify and deepen our worship of Him. May we be so awestruck of who He is that we will want to share Him with everyone in our circle of influence and beyond!