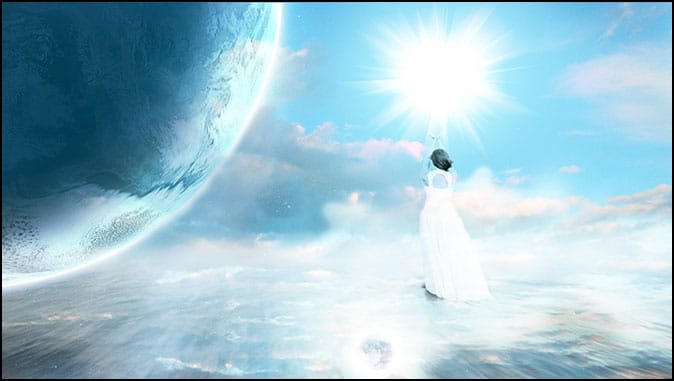 I do not want you to be ignorant of this mystery, brothers, so that you may not be conceited: Israel has experienced a hardening in part until the full number of the Gentiles has come in. (Romans 11:25)

There was a time in the ancient past when in some Jewish circles it was believed that Gentiles were created only to fuel the fires of Hell, but it wasn’t long after the Resurrection before more and more of them began hearing and receiving the Gospel of Jesus Christ. At that time the only way to the Messiah was through Judaism and as you might expect, the restrictive nature of the Old Covenant was a major impediment, especially for men. For this reason, the early Church was predominantly Jewish with the majority of Gentile converts being women.

Several years after the Resurrection, while Peter was a guest in the Joppa home of Simon the Tanner, he had a vision of a large sheet being lowered down from heaven. In the sheet were all kinds of clean and unclean birds, animals and fish. A Voice from Heaven commanded him to kill and eat them. Protesting that some were unclean, Peter refused. “Do not call anything impure that God has made clean,” the Voice said. (Acts 10:15) This scenario played out three times in Peter’s vision and then the sheet was raised up into heaven again. He awoke wondering what the vision had meant.

Just then, he was told that three men were there to see him. Immediately the Holy Spirit told Peter that He had sent the men. Greeting them, he learned that they had come from the home of Cornelius the Centurion, a Gentile from Caesarea, and said that an angel had told them where to find him and to bring him back. Upon hearing this, Peter agreed to leave with them.

Arriving in Caesarea, he was greeted by a large group of Gentiles that Cornelius had gathered in his home there. They all wanted to hear about Jesus, and so he began to speak. While Peter was still speaking, the Holy Spirit came upon all who heard the message. The circumcised believers who had come with Peter were astonished that the gift of the Holy Spirit had been poured out even on the Gentiles, for they heard them speaking in tongues and praising God.

Then Peter said, “Can anyone keep these people from being baptized with water? They have received the Holy Spirit just as we have.” So he ordered that they be baptized in the name of Jesus Christ. Then they asked Peter to stay with them for a few days. (Acts 10:44-48)

Peter now understood what his vision had meant. The visitation of the Holy Spirit upon the Gentiles made it clear. A direct way to salvation was being opened for them. And so that day at the home of Cornelius, Gentile believers came directly into the Church without passing through Judaism for the first time. The primary obstacles of kosher diet and circumcision that had kept many from being baptized had been overcome. From this time forward, Gentiles began pouring into the Church in ever increasing numbers.

Believing Jews were understandably perplexed. They had kept the Law both before and after receiving the Messiah, but Gentiles were coming straight into the family of God, seemingly without either prior qualification or subsequent restriction. After thirteen years of this apparent double standard, the Jewish Christian leadership gathered in the Council at Jerusalem to discuss how best to resolve the situation. Could a Gentile really become a Christian without first converting to Judaism, they wondered? And if so, what’s to become of Israel?

Speaking of the Gentiles, Peter told the other council attendees, “God, who knows the heart, showed that he accepted them by giving the Holy Spirit to them, just as he did to us. He made no distinction between us and them, for he purified their hearts by faith. Now then, why do you try to test God by putting on the necks of the disciples a yoke that neither we nor our fathers have been able to bear? No! We believe it is through the grace of our Lord Jesus that we are saved, just as they are” (Acts 15:8-11).  Paul and Barnabas related similar experiences.

The answer to their questions revealed a clear picture of the order of things in the Latter Days. The Lord’s brother James, who was the head of the Christian movement in Jerusalem, explained it to them. In sending His apostles into all the world, James told them, God at first showed His concern by taking from among the Gentiles a people for Himself. After that He will return and rebuild David’s fallen Tabernacle (the Temple). “It’s ruins I’ll rebuild and restore that the remnant of men may seek the Lord, and all the Gentiles who bear my name,” says the Lord who does these things that have been known for ages” (Acts 15:14-18).

This is as the Lord has ordained, James explained. Israel was being set aside for a time, but while His focus would now be on the Gentiles, the Lord was not finished with the Jews. After He had taken the Church for Himself (a hint of the rapture) he would again turn His attention to Israel, rebuilding the soon to be destroyed Temple and restoring the Old Covenant worship. He would do this so that those left in the world after the Church is gone, whether Jew or Gentile, would have one final chance to seek Him before the End of the Age.

Gentiles therefore, did not have to first convert to Judaism in order to become Christian. They did not have to be circumcised or keep the Law, being admonished only to avoid eating food sacrificed to idols and meat still containing its blood, and to abstain from improper sexual behavior. (These prohibitions have actually been in effect for all humanity since the time of Noah.) From God’s perspective, humanity would henceforth be divided into 3 groups, Jew, Gentile and the Church of God (1 Cor 10:32).

History shows us that after the cross, major signs began to appear in the Temple indicating the obsolescence of its ritual. First, the veil was torn, opening the way to the Holy of Holies. Then, one of the seven lamps of the Menorah refused to stay lit. The main entrance door kept opening by itself. The ribbon attached to the scapegoat’s horn no longer turned from red to white at the moment of its death as it always had before. And there were others. Finally, Jerusalem and the Temple were destroyed, leaving only the now largely Gentile Church as God’s witness on Earth from that time until ours. But soon, when the full number of Gentiles has come in, (Romans 11:25) the Lord will once again turn His attention fully on Israel.

“When I have brought them back from the nations and have gathered them from the countries of their enemies, I will show myself holy through them in the sight of many nations. Then they will know that I am the LORD their God, for though I sent them into exile among the nations, I will gather them to their own land, not leaving any behind. I will no longer hide my face from them, for I will pour out my Spirit on the house of Israel,” declares the Sovereign LORD (Ezek 39:27-29).

Many scholars have come to believe that God’s approach to man is either through Israel or the Church, never both at once. Shortly after the Church was born, Israel disappeared as a nation. Will the reverse also be true? As the nation Israel is born again to become God’s witness in the world’s final days, will the Church disappear? If the end of the Church Age is a mirror image of the beginning, that’s exactly what will happen, and in fact that seems to have been the conclusion of the Council at Jerusalem.

The crucifixion of the Messiah had caused the 490 year period God gave to Israel to prepare for the Kingdom Age (Daniel 9:24-27) to pause seven years short of its fulfillment.  Into this pause God inserted the Church.  When the full number of Gentiles has come in, the Church will be whisked off to our heavenly home.  Then Israel will be restored to its covenant relationship with God for its final seven years of preparation.  The reappearance of Israel in 1948 was a sign that the time for the Church was growing short.  For though we are temporarily in this world, it is not our destiny to be of this world.

Our citizenship is in heaven. And we eagerly await a Savior from there, the Lord Jesus Christ, who, by the power that enables him to bring everything under his control, will transform our lowly bodies so that they will be like his glorious body (Phil. 3:20-21).  You can almost hear the footsteps of the Messiah.