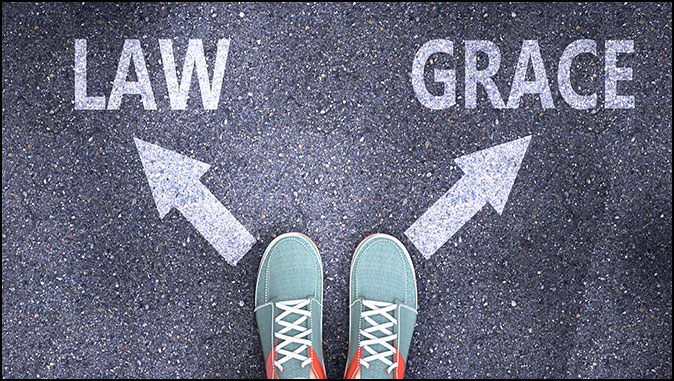 Moses, Jesus, and the Rapture of the Church
By Jack Kelley

The Law is only a Shadow of the Good Things that are Coming. A model of the Rapture in Exodus.

For the law was given through Moses, grace and truth came through Jesus Christ (John 1:17). In the Old Testament there are numerous models of the Messiah, and in this way the priests and prophets came to understand something of His Nature. The increased knowledge resulting from Messiah’s actual visitation raised by magnitudes the importance of these Old Testament models. New Testament students who ignore the Old often come away with a view of Jesus barely sufficient to address the problems confronting us today; a sandal-shod social worker who walked the shores of Galilee patting little children on the head and advising everyone to turn the other cheek. The real Jesus leaps off the pages of the Old Testament through the various Models of the Messiah with power and authority.

Moses And The Messiah

Moses not only acted out several of these models in events like the smitten rock (Exodus 17 & Numbers 20) and the bronze serpent (Numbers 21:4-9 & John 3:14), he actually was one. In addition to the parallels between the beginnings of the Dispensation of the Law and the Dispensation of Grace, the similar manner in which these two leaders came into the world is also striking.

Both mothers received supernatural indications that their yet unborn children would redeem their people. Both children were in mortal danger at the moment of birth and both parents sought protection in Egypt. Both later left their place of refuge to assume leadership of their people. As Moses spent 40 years in the desert of Midian, Jesus spent 40 days in the wilderness of Judea. As Moses led his people out of the bondage of Egypt into a new life in the Promised Land, Jesus will lead His people out of the bondage of sin into a new life in Heaven. As the people of Moses were protected in Goshen while the plagues of Exodus destroyed Egypt, the people of Jesus will be protected in Heaven as the plagues of Revelation destroy Earth.

Mt. Sinai and The Rapture

This is one of the most intriguing parallels between Moses and Jesus. I’ll list a few more similarities here to give you a better idea. The trumpet of God and an audible voice are present at both events and both events create a kingdom. At Mt. Sinai the Israelites were redeemed from slavery, at the Rapture we’re redeemed from sin. They were consecrated, we’re perfected. They washed their clothes, we’re given clean clothes. God came to the Mt. top, Jesus comes to the air. At Mt. Sinai Moses and Aaron went up, at the rapture we go up. At Mt. Sinai Israel was wed to God. At the Rapture the Church is wed to Jesus. At Mt. Sinai God dwelt with Israel and at the rapture the Church dwells with Jesus. (Compare Exodus 19:10-25 & 1 Thes 4:16-17). There is a view that when God sent the ram for Abraham to sacrifice instead of Isaac, He saved the two horns to be used as shofars. He blew the left one (the first trump) in Exodus 19 in preparation for the giving of the Law, and will blow the right one (the last trump) in 1 Thes. 4:16 to initiate the Rapture.

The Law is only a Shadow of the Good Things that are Coming (Hebr. 10:1)

Since many Biblical models are necessarily incomplete, there are also some obvious differences. Only Moses and Aaron could ascend the mountain. Anyone else going up passed from life to death. At the rapture we all go up and everyone passes from death to life. God promised to dwell with Israel if they obeyed. We will dwell with Jesus because He obeyed. They changed themselves temporarily, He changes us permanently. Theirs was an event accompanied by great fear, ours is an event anticipated with great joy. After all Mt. Sinai was the presentation of God’s Law, and the Rapture is the manifestation of His grace.