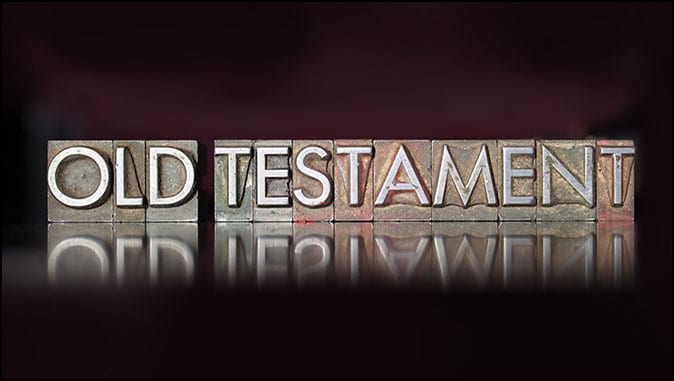 Messianic Prophecy In The Old Testament
By Jack Kelley

In the time after their sin and expulsion from the Garden Adam and Eve must have felt incredible despair. They had experienced life both before and after the curse, the only ones to do so, and had first hand knowledge of the difference. And what a difference it was. Even the part of it we can relate to had to have been devastating.

For example suppose that one day you were the resident manager of the world’s richest and most luxurious estate, with all of its comforts and privileges, and the next you were a poor hardscrabble farmer, at the opposite end of the economic and social structure. And that was just the beginning. How about no longer being immortal, no longer one with Him in spirit.

The Seed Of The Woman

To keep them from becoming exceedingly despondent, God had promised them a redeemer. In Genesis 3:15 we read,

“And I will put enmity between you and the woman, and between your offspring (seed) and hers; he will crush your head, and you will strike his heel.”

He was speaking to the one indwelling the serpent and in Hebrew the promise contains a biological impossibility. Seed comes from the male. It’s the Bible’s first hint of a virgin birth. An offspring of the woman’s would destroy Satan and reverse the consequences of the act he had manipulated, redeeming mankind from its bondage to sin.

Two chapters later in Genesis 5 the Bible gives us another hint of this. The Hebrew root words of the names of the 10 patriarchs listed there form a sentence. In English it reads like this.

“Man is appointed mortal sorrow, but the blessed God will come down teaching that His death will bring the despairing rest.”

It’s a prophecy that God Himself would come to Earth as the Seed of the Woman, and man’s redeemer.

Centuries later, this was confirmed by the Prophet Isaiah.

“For to us a child is born, to us a son is given, and the government will be on his shoulders. And he will be called Wonderful, Counselor, Mighty God, Everlasting Father, Prince of Peace.” (Isaiah 9:6)

As New Testament believers we can see that the five names listed here describe all three members of the Trinity. Wonderful is the name by which The Angel of the Lord identified Himself while visiting Samson’s parents. (Judges 13:18) When the phrase “The Angel of the Lord” appears in the Old testament, it’s in conjunction with a pre-incarnate visit by the Lord Jesus. That He’s being referenced here is confirmed by the title, Prince of Peace. Jesus called the Holy spirit the Counselor in John 14:26, and Mighty God and everlasting Father can only refer to God.

A Descendant Of Abraham

In Genesis 12:1-3 the origin of this redeemer becomes clearer. There God promised Abraham that all the nations of Earth would be blessed through him, and in Genesis 22 had Abraham act this out with the sacrifice of Isaac, Abraham’s “only son” on Mt. Moriah. 2000 years later another Father would offer His only Son as a sacrifice for sin in that same place. Abraham knew this and named the place Jehovah Jireh, saying, “On the mountain of the Lord it will be provided” (Gen. 22:14).

The Lion Of Judah

Later, as Abraham’s grandson Jacob neared death, he narrowed it down still more by saying that all of Israel’s kings including the ultimate one, “the one to whom it belongs”, would come from among the descendants of one of his sons, Judah, (Gen. 49:10) giving birth to the title “Lion of Judah” as a Messianic reference.

The Son Of David

In 2 Samuel 7:12-15 we read that David longed to build a Temple for God, but God refused him, saying that it would take a man of peace to build a house for Him. He said that David’s son Solomon would be that man, and during Solomon’s reign Israel experienced peace as never before or since. But to ease David’s disappointment God promised to build him a “house” and the Davidic Dynasty was founded. Hence forth there would always be a direct descendant of David’s on the throne of Israel. It was an everlasting promise made in about 1000 BC, and Solomon would be the first fulfillment. But since neither Solomon nor any other Davidic King was flogged by men for “doing wrong” (2 Sam. 7:14) there’s a lot more going on here than meets the eye. The wording casts shadows of the Messiah.

So through God’s progressive revelation we’ve narrowed things down from learning that the redeemer would be a son of Eve’s, which would exclude no one, to the family of Abraham, then Judah, then David. But we’re not finished yet. Over the next 400 years the Davidic Kings went from bad to worse with few exceptions. Finally, in the time of the Prophet Jeremiah God had had enough and pronounced a blood curse on the Davidic line, saying that no son of then King Jehoiachin would ever rule over Israel. (Jere. 22:30) The Davidic line, begun with Solomon, was seemingly ended and God’s promise to David broken.

However, before the nation was taken to Babylon, while a Davidic King still sat on the throne, God had Ezekiel announce that the line was being suspended and wouldn’t be restored until “He comes to whom it rightfully belongs.” (Ezekiel 21:27) recalling Jacob’s prophecy to mind. In 519 BC, after the Jews had returned from the Babylonian captivity, God said that a man He called The Branch would be that one, and that He would hold the priesthood as well, combining the two. (Zechariah 6:12). There are four references to The Branch in the old testament and all point to the Messiah.

Born Of a Virgin, Born In Bethlehem

But how was God going to get around the blood curse? For the answer to that, we have to back up to about 750 BC. In that time two of the most specific Messianic prophecies ever given narrowed the field down to just one possibility. In Isaiah 7:14 the Lord proclaimed that the Messiah would be born of a virgin, and in Micah 5:2 that he would be born in Bethlehem, the City of David.

In order to legally qualify for a seat on David’s throne, the Messiah King would have to be of the house and lineage of David. To be from the house of David means being a biological descendant of David’s. Being of David’s lineage means belonging to the Royal Line. How can this be?

When we read the Lord’s genealogies in Matt. 1 and Luke 3, we can see differences beginning at the time of David. Matthew’s genealogy runs through Solomon, the cursed royal line. But Luke’s goes through Solomon’s brother Nathan. Nathan’s line wasn’t cursed, but neither were they kings. Further study reveals that Matthew is actually giving us Joseph’s genealogy while Luke shows us Mary’s. Both were descended from David, and in addition Joseph was one of many who were heir to David’s throne but unable to claim it because of the curse on his line.

So through His mother Mary, Jesus was a biological descendant of David’s. When Mary and Joseph became husband and wife, Jesus also became Joseph’s legal son and heir to David’s Throne. But not being biologically related to Joseph, He didn’t have the blood curse. He was of both the house and lineage of David. To this day He’s the only man born in Israel since 600BC with a legitimate claim to David’s throne. The angel Gabriel confirmed this to Mary when he told her that although a virgin, she would soon give birth to the Son of God, who would occupy it forever. (Luke 1:32-33) Isaiah 9:7 had revealed the same fact centuries earlier. God’s promise to David stands.

Daniel And The Magi

200 years after Micah identified Bethlehem as the Messiah’s birthplace, The Lord told Daniel the time of His death. It would be 483 years after the decree to rebuild and restore Jerusalem following the Babylonian captivity, but before an enemy army came to destroy it again. (Daniel 9:24-27) This places the Messiah’s death somewhere between 32 and 70 AD according to our reckoning of time.

Daniel formed a group of Persian Priests to pass this information down from father to son, and according to tradition set aside the bulk of his personal wealth as a gift for them to present to the Messiah when the time came for His birth. He apparently also gave them a confirming sign to look for from Numbers 24:17, later known as the Star of Bethlehem. By recreating the ancient skies through computer modeling, scientists have recently announced the discovery of this star, actually a conjunction of Jupiter and Venus, that next to the moon was the brightest light in the middle eastern sky at the time of the Lord’s birth.

The descendants of these priests, now a very influential political force in Parthia (as Persia came to be known), remained true to Daniel’s commission, and upon seeing the star set out for Jerusalem. Arriving there they sought an audience with King Herod, asking for the whereabouts of the one born to be King of Israel. Summoning the chief priests, Herod repeated the question and was referred to Micah 5:2 where Bethlehem is identified. The Parthian priests, or Magi as we call them, went there and found the baby Jesus.

The field of candidates for Redeemer of Mankind, the Seed of the Woman, the Descendant of Abraham, the Lion of Judah, the Son of David, the Messiah of Israel, had been narrowed down to one. His name is Jesus.

By faith, with nothing more than Daniel’s word to their ancestors, the Magi mounted up and undertook a dangerous 800 mile trip into enemy territory to meet the Messiah. (The Parthians and Romans were technically at war.) With 4000 years of fulfilled prophetic scripture in their hands, the chief priests, who no longer took it literally, refused to join them for the last 5 miles from Jerusalem to Bethlehem to see if God’s Word really was true. In so doing, the leaders of the people He came to save missed out on the central event in human history, consigning themselves to eternal separation from the very God they had been seeking.

If history repeats itself like they say it does, then when He comes back many of today’s religious experts, who also don’t take the prophecies literally, will make the same mistake. As you recall the Reason for the Season, take time to thank Him for making you like the Magi instead of like them. Merry Christmas.

Born To Die By Dr. Mike Murphy I keep looking out my window for the…

When Was Jesus Born?

When Was Jesus Born? By Chuck Missler Almost everyone throughout the world celebrates Christmas. Christians…

Ten Things That Are True About God Today

What Does The Bible Say? The Sabbath Year (Shemitah)

What Does The Bible Say? The Sabbath Year (Shemitah) By Jack Kelley The weekly Sabbath…