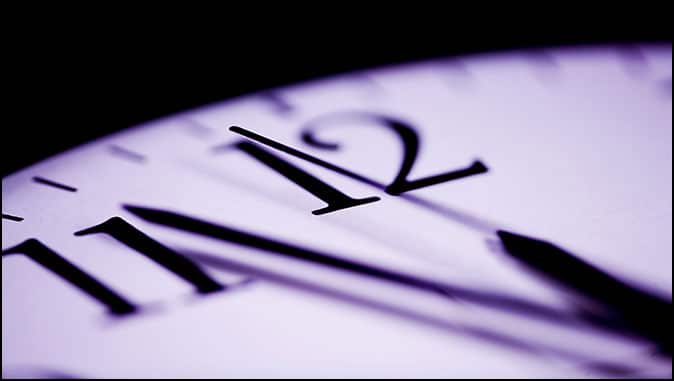 “Don’t let anyone deceive you in any way, for (that day will not come) until the rebellion occurs and the man of lawlessness is revealed, the man doomed to destruction.”(2 Thes. 2:3)

“By tomorrow, there will be 175,000 more Christians than there are today.” So says Jim Rutz, author of Megashift, a book on the growth of Christianity in the world. He makes the point that Christianity, not Islam, is the world’s fastest-growing faith. This is a fact that for the most part is overlooked because most surveys only count the traditional Protestant denominations and the Roman Catholic Church in calculating the total number of Christians, while ignoring Christian believers who aren’t part of either. And there are also hundreds of millions of Christians who are not associated with institutional churches at all. In many countries, they meet in homes and barns and caves, often in secret.

“The growing core of Christianity crosses theological lines and includes millions of born-again people whose number is increasing every year” says Rutz. Westerners have missed this trend because the explosive growth is elsewhere. It’s happening in places like China and India, Africa, and even Iran.

It’s popular in some Christian circles to wax enthusiastically about the coming revival that will result in the conversion of the world, fulfilling Dominion Theology doctrine. According to this doctrine, the Lord can’t come back until Christianity conquers the world. And indeed, if the trend documented by Mr. Rutz continues apace the entire world population would profess Christianity within 25 years.

But the Bible speaks of no such revival. In fact it predicts just the opposite. According to 2 Thes. 2:3, the event that will precede the coming of the anti-Christ is a great rebellion, from the Greek apostasia, which means “a falling away, defection, or apostasy.” Paul was predicting a departure from the truth at the End of the Age into a form of belief incompatible with Orthodox Christianity. He explained it to Timothy this way.

“For the time will come when men will not put up with sound doctrine. Instead, to suit their own desires, they will gather around them a great number of teachers to say what their itching ears want to hear. They will turn their ears away from the truth and turn aside to myths” (2 Timothy 4:3-4). He had already warned us through Timothy that this new belief would have a form of godliness but would deny its power (2 Tim. 3:5).

After true believers are raptured out of the end times church, the Lord will characterize those remaining like this; “I know your deeds, that you are neither cold nor hot. I wish you were either one or the other! So, because you are lukewarm-neither hot nor cold-I am about to spit you out of my mouth. You say, ‘I am rich; I have acquired wealth and do not need a thing.’ But you do not realize that you are wretched, pitiful, poor, blind and naked.” (Rev. 3:15-17)

Truth be told, the only revival predicted for Christianity comes during the post-church period known as Daniel’s 70th Week. Due to the rapture, a huge number of people who were left behind will remember the warnings they received from friends who have disappeared, and an even larger number will be convinced by the literal fulfillment of prophecy right before their eyes. The result will probably be the largest increase of believers in all of history.

What’s That All About?

So, if the Daniel’s 70th Week hasn’t begun yet, what’s this incredible growth of Christianity in Third World countries all about? And what’s fueling it? We’ll take the 2nd question first. The fuel is the Holy Spirit in an outpouring of miracles not seen on Earth in many generations. People are being visited in dreams, healed in prayer services, and even raised from the dead as evidence of the power of God in areas where Christianity hasn’t become as “mature” as it has elsewhere.

And that brings us back to question one. What’s happening is that this outpouring is a sign that the Last Days are upon us. Think of it as God issuing a great “Last Call” before He rounds up His Church for the trip home. Remember, He doesn’t want that any should perish but that all should come to repentance. (2 Peter 3:9) Millions in the Third World are getting a last minute chance to climb aboard that train to glory.

While much of the Western church serves up a version of Christianity so watered down for its seeker audience that it fits the definition Paul warned Timothy about, the Holy Spirit has found a less sophisticated audience in the Third World. This audience doesn’t know about programs and denominations, multi-million dollar campuses and 40 Days of Purpose. It simply knows the miraculous power of God in action.

Oddly enough, that’s always been the power that has drawn people into a life-changing experience. We’d do well to heed Paul’s own testimony to the Church in Corinth.

“When I came to you, brothers, I did not come with eloquence or superior wisdom as I proclaimed to you the testimony about God. For I resolved to know nothing while I was with you except Jesus Christ and him crucified. I came to you in weakness and fear, and with much trembling. My message and my preaching were not with wise and persuasive words, but with a demonstration of the Spirit’s power, so that your faith might not rest on men’s wisdom, but on God’s power.” – (1 Cor. 2:1-5)

The Greek word translated demonstration means evidence, or proof, such as would be presented in a court of law.

Contrast that with what some in the Western Church advocate now, which is a much different approach to bringing new folks into their pews on Sunday. They suggest downplaying the Bible, prophecy, prayer, and certainly the manifestation of spiritual gifts. And it appears to work wonderfully well in our “more sophisticated” culture. In a recent survey to identify the fifty most influential churches in America, fully one half of all the votes cast were for Saddleback (1st) and Willow Creek (2nd) two of our largest seeker-friendly congregations.

Did the Lord have anything to say on this matter? Enter through the narrow gate. For wide is the gate and broad is the road that leads to destruction, and many enter through it. But small is the gate and narrow the road that leads to life, and only a few find it. (Matt.7:13-14) Correct me if I’m wrong, but it seems as if the seeker-friendly approach counsels making the gate wider and the way broader.

But is that what it takes today? Or, could such an outpouring of the Spirit as is being experienced in the Third World happen to the Western church as well? Maybe it already has. Remember, from the mid 1800′s to the late 1900′s we received several such invitations from God. The Great Awakening (mid 1800′s), the birth of Pentecostalism (1906), and the Jesus Movement of the 1970′s immediately come to mind. Each of these brought many thousands into the flock, and each of them continues in one form or another today. How many times do we expect the Spirit to call before the end?

For nearly 2000 years the work begun by Matthew and Thomas in the Far East seemed to have borne very little fruit but suddenly all that’s changed, verifying the Lord’s promise that His word would never return empty, but would achieve the purpose for which He sent it. (Isaiah 55:11) As one famous evangelist proclaimed, “If the rapture happened today there would be more people missing from China than from the USA.” Something to think about. You can almost hear the footsteps of the Messiah.