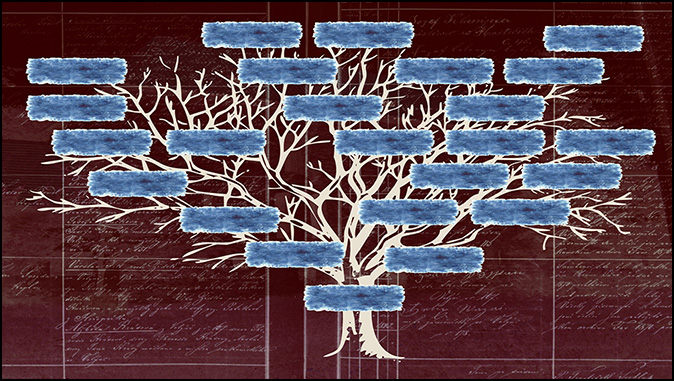 The Descendants of Abraham

23) Birth of Judah – Year 2256 from creation – 1704 BC – Note: The year for the births and deaths of the ten older sons of Jacob/Israel (and his youngest son, Benjamin) are not mentioned in the Bible, but one of them, Judah, was an ancestor of Jesus and he was born between 1708 BC and 1700 BC. He was the fourth son of Jacob and Leah (Jacob’s first wife) so we will assume he was born around 1704 BC. Jacob also had another wife, Rachel, and two baby mommas, Zilpah and Bilhah.

24) Birth of Perez (son of Judah and Tamar) – Year 2298 from creation – 1662 BC – Genesis 38 – Note: From the birth of Perez until the birth of David are approximations only as there are no records in the bible for these generations. We will estimate these descendants of Judah and Perez lived to be 74-80 years old, for Moses said: “The days of our lives are seventy years; And if by reason of strength they are eighty years” (Psalm 90:10). These are the average ages of the descendants of Judah. Some of them might have lived to be 100 years old and some of them might have died at 80, etc. We will also approximate that they had children at 37-40 years old.

Jacob and His Family Move to Egypt

This is the point where many chronologists differ in regard to the length of time that the children of Israel spent in the land of Egypt. Many believe the duration was for 430 years; others believe it was for 400 years; while some, such as myself, believe it was for only 215 years, from 1661 BC to 1446 BC. This is due to the wording differences in the many translations of three Bible verses.

If you are of the opinion that the children of Israel dwelt in Egypt for 400 or 430 years, then the theory regarding 6,000 years for mankind (before Jesus’ second coming) is no longer valid as it exceeds the mark by several centuries. The 215-year duration in Egypt fits perfectly within the time frame of the following verse in 1 Kings 6:1. “And it came to pass in the four hundred and eightieth year after the children of Israel had come out of the land of Egypt, in the fourth year of Solomon’s reign over Israel, in the month of Ziv, which is the second month, that he began to build the house of the Lord.” The children of Israel came out of the land of Egypt in 1446 BC and Solomon began to build the Temple in Jerusalem in 966 BC (see below).

“And it came to pass in the four hundred and eightieth year after the children of Israel had come out of the land of Egypt, in the fourth year of Solomon’s reign over Israel, in the month of Ziv, which is the second month, that he began to build the house of the Lord” (1 Kings 6:1). The children of Israel came out of the land of Egypt in 1446 BC and Solomon began to build the Temple in Jerusalem in 966 BC (see below).

Death of Nahshon (approx..80 years old) – Year 2538 from creation – 1422 BC – Ruth 4:20 – Note: Nahshon would have been approximately 80 years old (maybe older). As mentioned before, Nahshon lived during the time of the Exodus and died in the wilderness before seeing the Promised Land. He was the leader of the tribe of Judah for most of the journey. I believe his son Salmon could have replaced him at this time. Salmon would have been 40 years old at this time. Salmon would have been approximately 16 years old at the time of the Exodus, so he would have probably lived to see the Promised Land. Only those Israelites who were under 20 years old (except for Caleb and Joshua) would live to enter the land of Canaan. “‘Surely none of the men who came up from Egypt, from twenty years old and above, shall see the land of which I swore to Abraham, Isaac, and Jacob because they have not wholly followed Me” (Numbers 32:10-12).

Crossing of Jordan River and entering the Promised land of Canaan – Year 2554 from creation – 1406 BC – Joshua 4:9 – Joshua replaced Moses as the leader of the newly formed nation of Israel and entered the Promised Land in 1406 BC. After 40 years in the wilderness, the Israelites crossed over the Jordan River and ate the Passover Supper on the 14th day of Nisan. On the 17th day of Nisan (Feast of Firstfruits), with no more manna to eat, the people began to eat the fruit of the land of Canaan that year – the first fruits of the Promised Land. Joshua died at 110 years of age.

Canaan is divided between the tribes of Israel – Year 2561 from creation – 1399 BC – The land had rest from war for a brief time.

Possible year for Salmon and Rahab (ex-harlot of Jericho) to be married – Year 2561 from creation – 1399 BC – Note: The marriage could have taken place approximately 7 years after the defeat of Jericho by the Israelites.

After Joshua’s death, God raised up judges to lead and deliver his people from slavery. The total time of the judges was about 326 years, from 1376 BC to 1050 BC.

Ancestry of Jesus – From David to Jesus

Note: The next 42 generations contain no specific clues for years of birth, births of sons, or deaths. These are the names in Luke’s genealogy which starts with David’s son, Nathan, and ends with Mary and her son, Jesus. No telescoping or missing generations are believed to be involved with Luke’s genealogy, as there are in Matthew’s genealogy.

These are the 82 generations (approximately) from the creation of Adam to the death of Jesus and cover 3992 years according to my reckoning. Jesus of Nazareth through his mother, Mary, was a descendant of Nathan, Israel, Isaac, Abraham, Noah, Enoch, Enos, Seth, and Adam. It’s a much shorter list on His Father’s side: El Shaddai (God, the Father), through the agency of the divine Spirit.

Now that’s quite a family tree!

A: Genesis 46:12 records the sons of Perez (Hezron and Hamul) as being a part of this group. However, this is not possible due to the time constraints of Genesis 38:1-30. Judah is only about 21 when he marries a Canaanite woman named Shua and they have three sons in quick succession, Er, Onan, and Shelah. When Er and Onan are old enough to be married to Tamar, both are wicked and the Lord kills them (Genesis 38:7-10). Shelah is not quite old enough to marry Tamar yet, but when he gets to be of appropriate age Judah doesn’t allow him to marry Tamar. Tamar poses as a prostitute and Judah, who doesn’t recognize Tamar, has sexual relations with her and she becomes pregnant. She then has twin boys, named Perez and Zerah. Judah would have been about 43 years old at this time.

Joseph was 17 years old when he was sold into slavery (Judah would have been 21) and spent 13 years old in Potiphar’s house and an Egyptian jail. There were 7 years of plenty (before the famine) and then 2 years of famine when Jacob’s family moved to Egypt. That adds up to 22 years from when Joseph was sold into slavery until the family relocated to Egypt. As I mentioned before, Judah would have been about 43 years old at this time and Perez would have been about 1 year old when the family moved to Egypt. The explanation of most theologians of why Judah’s grandsons were counted in the 70 is that since Er and Onan were killed by the Lord, these two future descendants of Judah and Perez were listed as substitutes for them, even though they weren’t even born yet. The Lord counted them for it was a sure thing that they would be born and Jesus would come from the lineage of Hezron.

Regarding Genesis 46:26-27, “All the persons who went with Jacob to Egypt, who came from his body, besides Jacob’s sons’ wives, were sixty-six persons in all. And the sons of Joseph who were born to him in Egypt were two persons. All the persons of the house of Jacob who went to Egypt were seventy.” The number of Joseph’s sons was nine; and the number of those who came with Jacob into Egypt was seventy-five, a number adopted by Stephen (Acts 7:14), according to the LXX. The apparent confusion in these different numbers, sixty-six, seventy, seventy- five, will disappear if it is observed that the first takes no account of Jacob, Joseph, Manasseh, and Ephraim, while they are definitely included in the second computation, and that Stephen simply adds to the seventy of verse 27 the five grandsons of Joseph who are mentioned in the Septuagint version, from which he quoted, or to the sixty-six of verse 26 the nine mentioned above, consisting of Jacob, Joseph, Manasseh, Ephraim, and Joseph’s five grandsons, thus making seventy-five in all.