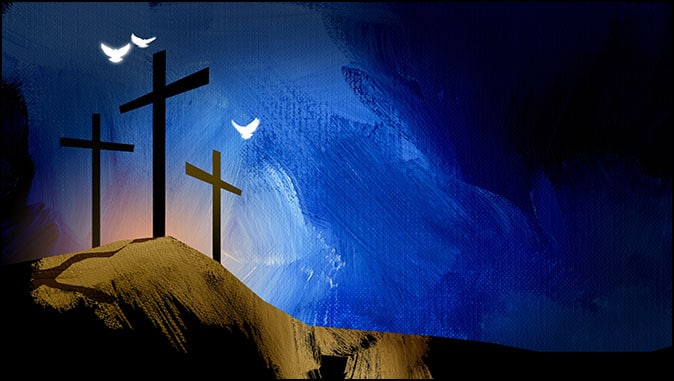 The more I study the New Testament, the more it persuades me that what we call the “Rapture” was an inseparable element of the Gospel that the apostles proclaimed to the first century AD world. Today, however, it’s either ignored or ridiculed in most churches.

Since I began writing on a full-time basis five years ago, I have learned much from those who have criticized and mocked both my premillennial and pretribulation beliefs. I am thankful for them and for how they have driven me to the words of Scripture where I have found added conviction for these beliefs.

Two things stand out in my mind from listening to (or talking to) pastors who deny a literal thousand-year reign of Christ over a gloriously restored kingdom of Israel. First, they rely heavily on human wisdom that leads them to retrofit God’s promises to Israel with an understanding foreign to the biblical prophets at the time they wrote. And second, they rarely if ever teach about our hope of glorious, resurrected bodies.

In essence, they divorce our imminent hope in Jesus’ glorious appearing from the Gospel message, which was something the apostle Paul and the other apostles never did.

1. Paul Links the “Redemption of our Bodies” to Our Gospel Hope

Paul wrote this in Romans 8:23, “And not only the creation, but we ourselves, who have the firstfruits of the Spirit, groan inwardly as we wait eagerly for adoption as sons, the redemption of our bodies.” As we compare other verses with this one, it becomes apparent that the apostle is speaking of the rapture.

In Philippians 3:20-21, a verse that most agree refers to the rapture, we see of the elements contained in Romans 8:23, that of the eager expectation and the “redemption of our bodies.” There Paul writes, “But our citizenship is in heaven, and from it we await a Savior, the Lord Jesus Christ, who will transform our lowly body to be like his glorious body, by the power that enables him even to subject all things to himself.”

In 1 Corinthians 15:53 Paul tells us this about the rapture, “For this perishable body must put on the imperishable, and this mortal body must put on immortality.” This very much sounds like what the apostle referred to in Romans 8:23, does it not?

With that in mind, pay close attention verses 24 and 25 in Romans 8, “For in this hope we were saved. Now hope that is seen is not hope. For who hopes for what he sees? But if we hope for what we do not see, we wait for it with patience.” The Gospel hope to which Paul’s readers looked forward to when they turned to Christ included the “redemption of” their bodies, which occurs at the time of the rapture, or at Jesus’ appearing.

The apostle did not shy away from including what we today call the “rapture” when he proclaimed the Gospel. The receipt of glorified and imperishable bodies was the Gospel hope that Paul proclaimed to the lost. Jesus promised eternal life to His followers (John 10:27-28) and He gave further revelation about it through the apostle Paul.

Paul’s ministry in Thessalonica illustrates the central focus of the rapture in his proclamation of the Gospel to the Gentiles.

Commentators agree on the brevity of the apostle’s ministry in this city. Acts 17:1-9 tells us that he spent “three sabbath days” in the local synagogue talking to the Jewish people after which they forced him and his team out of town. Based on the fact that Paul received two monetary gifts from the church in Philippi while he was in Thessalonica (Phil. 4:16), it’s likely that he was there longer than three weeks before the Jews forced him and his team to leave the city.

Despite Paul’s short-lived stay in the city, his new converts immediately gained a reputation for waiting up Jesus’ appearing to take them home. “For not only has the word of the Lord sounded forth from you in Macedonia and Achaia, but your faith in God has gone forth everywhere, so that we need not say anything. For they themselves report concerning us the kind of reception we had among you, and how you turned to God from idols to serve the living and true God, and to wait for his Son from heaven, whom he raised from the dead, Jesus who delivers us from the wrath to come” (1 Thess. 1:8-10). This is not the Second Coming, but rather the rapture when Jesus would deliver them from the coming wrath of the day of the Lord (see 1 Thess. 4:18 -5:11).

Paul’s statement in 2 Thessalonians 2:5 is more than a little remarkable, “Do you not remember that when I was still with you I told you these things?” What is the apostle talking about here?

In other words, after the apostles brief ministry in their city, his new converts in Thessalonica knew much more about future things than the majority of believers today. And this was over forty years before John wrote the book of Revelation.

Eschatology, the study of future things, was not a topic reserved for the more intellectual and mature believers in the early church. Paul’s initial proclamation of the Gospel in Thessalonica included the rapture as their imminent hope. Not only that, his teaching also included the appearance of the antichrist, the defilement of the Jewish temple, the start of the day of the Lord, and a future time when God would pour out His wrath on humanity.

In contrast to the pattern of pastors and teachers who advocate various forms of amillennialism (the denial of a literal one-thousand-year reign of Jesus over the nations), the New Testament emphasizes our hope of receiving a new, glorified body at Jesus’ appearing.

We have already seen this in Romans 8:23-25 and in Philippians 3:20-21. Paul sums up this up the best in 1 Corinthians 15:51-53, “Behold! I tell you a mystery. We shall not all sleep, but we shall all be changed, in a moment, in the twinkling of an eye, at the last trumpet. For the trumpet will sound, and the dead will be raised imperishable, and we shall be changed. For this perishable body must put on the imperishable, and this mortal body must put on immortality.”

In 2 Corinthians 5:1-2, the apostle compares our current bodies to a tent and refers to our future ones as a “heavenly dwelling.” We groan in our current bodies, but we will live forever in imperishable ones. Notice how John describes our eternity in these glorious new bodies, “He will wipe away every tear from their eyes, and death shall be no more, neither shall there be mourning, nor crying, nor pain anymore, for the former things have passed away” (Rev. 21:4). It can’t get any better than that! John’s words here presupposed what Paul taught in 1 Corinthians 15:51-57.

Not only is there an avoidance of this hope in many churches today, in some there is an outright denial of it. One amillennial pastor told me directly that he does not believe in the rapture, even though he was on staff at a church that claimed to be premillennial in its statement of beliefs.

Many pastors talk about eternal life but never provide the definition that the Lord gave to Paul and the other apostles regarding this future hope.

Others preach an immediate transition from the current age to the eternal state with no mention of our glorious resurrection bodies. Full preterists claim that the mention of immortal bodies in the New Testament pertains to our redeemed soul and not our physical bodies.

It may seem that I am hard on those who allegorize prophecies regarding the still future restoration of Israel and Jesus’ millennial reign before the eternal state. I do so because over time such denials always, always lead to false teachings and ultimately to a dismissal of biblical moral standards and salvation by grace through Jesus alone. This happened in the past and it is abundantly evident today in many churches throughout the United States.

This is why I defend premillennialism against those who employ allegory to dispel the promised glorious restoration of Israel during the millennium and defend the rapture against those scoff at such an idea. For me, it is the heart of defending the Gospel.

Now of course, the heart of the Gospel is that Jesus died on cross for our sins, was buried, and rose from the dead on the third day (see 1 Corinthians 15:1-6). My point is that Jesus’ appearing to take us home to heaven is the future tense of the Gospel; it’s the beginning of the eternal life that Jesus’ promises to those who put their faith in Him (see 1 Thessalonians 4:13-18).

I love the words of 1 John 3:1-3 regarding our hope of Jesus’ soon appearing and our new glorified bodies that will be like that of our Savior:

See what kind of love the Father has given to us, that we should be called children of God; and so we are. The reason why the world does not know us is that it did not know him. Beloved, we are God’s children now, and what we will be has not yet appeared; but we know that when he appears we shall be like him, because we shall see him as he is. And everyone who thus hopes in him purifies himself as he is pure.