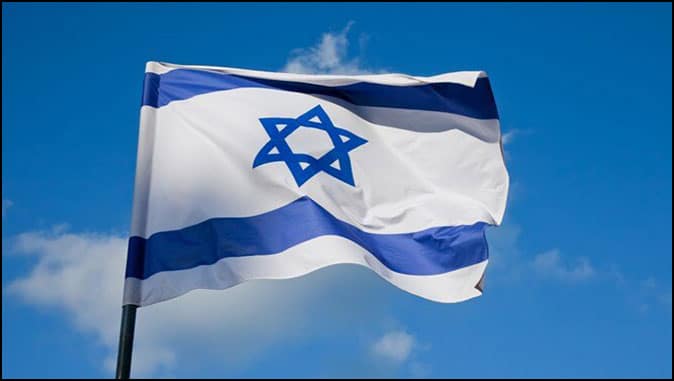 The certainty of the Lord fulfilling His oft-repeated promise to restore the fortunes of Israel displays His holy character as a covenant-keeping God. As such, it assures us of our “blessed hope” in Jesus’ appearing (Titus 2:11-13).

You might think I am at least a bit out of my mind for making such statements. How could I possibly say that Israel’s future restoration vindicates God’s holiness? Does that not seem rather extreme for even an avid premillennialist as myself? And how could it possibly have anything to do with our future deliverance as New Testament saints?

I begin the defense of my sanity with what the Lord Himself said in Ezekiel 36:22-24:

Ezekiel tells us that God’s future outpouring of blessings on the Jewish people has nothing to do with their goodness. In His own words, the Lord says that He will act “for the sake of my holy name” and to “vindicate the holiness of my great name.” In other words, the Lord’s keeping of His promise to restore a kingdom to Israel in the future vindicates His holiness. I rest my case.

There’s much more at stake here than just the future restoration of a kingdom for Israel. The keeping of His covenants with and promises to Israel sets God apart from all other objects of worship. It first proves His ability to keep His word and second, it demonstrates His unshakeable determination to do so. It’s all about defending the honor of His name.

For us, it signifies that when Jesus promises eternal life to His followers such as in John 10:27-30, we can know with absolute certainty that He will keep His word to us. He is, after all, one with the Father and as such, we can count on His promises because He places the burden upon Himself to fulfill them, not us.

Because so many in the church today deny a future restoration of Israel, let’s look more in depth at what this passage and Zechariah 12-14 tell us about the future of Israel.

The Promised Restoration of Israel in Ezekiel 36:22-38 Remains Unfulfilled

How do we know this restoration of Israel lies in the future? It’s because the details of the entire passage, 36:22-38, reveal that God has not yet fulfilled this prophecy.

Verse 27 says this about the renewing of Israel that will take place in the future, “And I will put my Spirit within you, and cause you to walk in my statues and be careful to obey my rules.” We know from John 16:7-11 that the Holy Spirit could only come in such a way after the death, resurrection, and ascension of Jesus. God could not have fulfilled Ezekiel’s prophecy before the time of Christ because it points to a time when the Lord will put His Spirit in the hearts of the Jewish people, which could only happen after Calvary.

Furthermore, since the time of Christ we have not seen all the words of this passage come to fruition. While we see glimpses that some of the blessings regarding the Land are happening now, the Lord has not yet fulfilled the details of His promises contained in Ezekiel 36:26-38.

If the words of the prophet Ezekiel matter, and they do, then we know that God has not yet given His people all the blessings that He promised them in this passage. And the text tells us that the Lord placed upon Himself the burden of fulfilling all the details of Ezekiel 36 in order to protect the integrity of His holy name.

The future restoration of Israel is primarily about the Lord’s character; Israel will receive the many blessings promised to her because the Lord is a covenant-keeping God.

Israel Will Repent at Jesus’ Return to the Earth

Zechariah 12 reveals that the fulfillment of God’s promised restoration of Israel will begin at the time of Jesus’ second coming. It’s then that the Jewish people will repent in mass and open the door to God pouring out His Spirit upon them as Ezekiel described in chapter 36:26-27.

In Zechariah 12:10-13:1, the prophet foretells a time of widespread repentance for the nation of Israel at a time when the people will recognize Jesus as their Messiah. Verse 10 says, “And I will pour out on the house of David and the inhabitants of Jerusalem a spirit of grace and pleas for mercy, so that, when they look on me, on him whom they have pierced, they shall mourn for him, as one mourns for an only child, and weep bitterly over him, as one weeps over a firstborn.”

Zechariah goes to considerable length to identify the subjects of the prophecy as people of Jewish descent. Who else could he describe as people looking “on him whom they have pierced?” As further clarification that this great change of heart must refer solely to the descendants of Jacob, the remaining verses of chapter 12 and the first verse of chapter 13 leave no room for doubt. This future time of repentance and weeping refers to Israel; it cannot refer to the church.

The apostle John alluded to this prophecy in his description of Christ’s second coming. Revelation 1:7 says, “Behold, he is coming with the clouds, and every eye will see him, even those who pierced him, and all the tribes of the earth will wail on account of him.”

God Promised a Kingdom to Israel

Zechariah tells us much more about Israel’s glorious future.

Zechariah 14:9 states, “And the Lord will be king over all the earth. On that day the Lord will be one and his name one.” The remainder of the chapter describes the battle by which Jesus takes control of the nations of the world as well as the extent of His worldwide kingdom. The Lord, through His prophet, revealed that Jesus would someday reign in Jerusalem and that the extent of His rule will reach to the ends of the earth (see also Zech. 14:16-21).

In addition, Zechariah 12-14 assures us that God’s knowledge of how the Jewish people would treat their Messiah did not prohibit Him from revealing that one day the One we now know as Jesus would rule over nations of the earth from Jerusalem.

I am not simply stating the obvious here. I say these things to emphasize the following: when the Lord promised a future kingdom for Israel in Zechariah 14:8-21, He did so in full awareness of that His people would reject their Messiah, which would directly lead to His death on the cross!

One cannot possibly understate this truth: God made all his promises of a glorious restoration for Israel through Zechariah and many other prophets with the full understanding that these very same people would “pierce” their Messiah.

To assert that God could use behavior of which He knew all about when He made His promises as the basis for later reneging on them impugns His character and His holiness.

This takes us back to the words of Ezekiel 36:22, “Therefore say to the house of Israel, Thus says the Lord God: It is not for your sake, O house of Israel, that I am about to act, but for the sake of my holy name, which you have profaned among the nations to which you came.” He must vindicate His holy character as a covenant-keeping God by keeping His covenants with Israel.

What Does This Mean to Me?

If God can renege on promises based on behavior He has always known about, it casts an ominous shadow over our expectations of eternal life. It implies that God is not only capable of reneging on His promises, but of doing so based on behavior He knew all about at the time he made them.

Did God know about all our sins (past, present, and future) when he pronounced us righteous at the time of our salvation (our justification)? Absolutely! We never surprise the Lord by anything we do or say as bad as it might seem to us at the time. The Lord knew about all our future sins when he pronounced us forever righteous based on Jesus sacrifice on our behalf. We cannot nullify this declaration with our behavior (Rom. 8:31-35) just as Israel cannot nullify His covenants with the nation based on their behavior (Rom. 9-11).

Do you see how this confirms our “blessed hope,” the heart of what the Gospel promises us? We know that the words of Titus 2:11-14 contain unshakeable promises because of God’s holy character.

We know that Jesus is coming for us and it’s at that moment we will experience the eternal life the Lord promises us (John 14:2-3; 1 Cor. 15:51-55; Rom. 8: 23-25). We can have absolute confidence in our Gospel hope because of the Lord’s character as a covenant-keeping God. It’s impossible for Him to renege on any promise or covenant that He makes.

Those who falsely claim that God has rejected Israel assign the many Old Testament promises regarding Israel’s future restoration to the church, which not only contradicts God’s stated intent in Ezekiel 36:22-38, but also Paul’s words in Romans 11:1-2.

Others tell us that God fulfilled all His promises to and covenants with Israel with Jesus’ first coming. Those who make this erroneous assertion retrofit passages such as Ezekiel 36 and Zechariah 12-14 with an understanding totally foreign to these texts or how the prophets would have understood their words.

Both of these false viewpoints fail to maintain the integrity of the words of Scripture and dismiss the necessity of God to vindicate His holiness by keeping His promises to Israel (Ezekiel 36:22-24).

Israel’s current existence reminds us that we serve a covenant-keeping God and signifies that He will soon send His son to take us home.