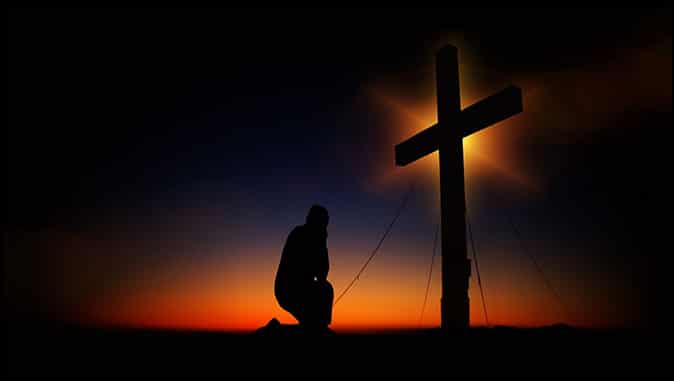 Humility Before God
By Grant Phillips

If pride could be sold by the ounce, as are silver and gold, most everyone in the world today would be wealthy, but at what cost?

Satan (Lucifer), the father of sin and all those who follow him, said in his heart:

“…‘I will ascend into heaven,
I will exalt my throne above the stars of God;
I will also sit on the mount of the congregation
On the farthest sides of the north;
I will ascend above the heights of the clouds,
I will be like the Most High.’” (Isaiah 14:13-14)

The pride that consumed Satan and turned his heart as black as pitch is the same pride that is consuming many today, and pride gives birth to so many other sins, such as: jealousy, hatred, murder, greed, theft, etc. It is stealing the souls of millions in our world.

God, especially in the person of the Son of God, Jesus Christ, has been for all intents and purposes eliminated from our society. We (generally speaking of course) want nothing to do with God. Unfortunately, where there is a vacuum, something must fill it, and we most certainly are filling it.

It just blows my mind to think how far we have sunk in character and morality in just fifty years or less. The sad thing is we as a society think we have outgrown God. We think we are smarter than God and know what is best for us all. We embrace anything and everything that is contrary to what the Word of God plainly states. We put God over in the corner to keep Him quiet since we know more than He does anyway about the very book He wrote … the Bible. Actually, we have gone even farther than that, we think of ourselves as gods.

Along with Eve, we listened to Satan’s lie, “You will not surely die. For God knows that in the day you eat of it your eyes will be opened, and you will be like God, knowing good and evil.” (Genesis 3:4-5)

Yes sir, we bought the lie, but there is only one message people need today and that message is “We are sinners bound for hell, and only Jesus Christ can save us.”

I ask, “Where is our humility toward Almighty God?” Most today have none because it is swallowed up in pride. Even many so-called leaders of Christianity mock His name by their support for sin. They rob His people because of their greed. They rob souls because they won’t speak the Truth and stand up for the Truth. They are wolves in sheep’s clothing. (Matthew 7:5) People are dying and going to hell because many of those who know the Truth don’t share it with those who need to hear it.

It is expected that those without God in their hearts have no respect for God and His Word. Sadly, partly because there are so many wolves in the pulpits, most of society in our day are literally fulfilling God’s words:

“Woe to those who call evil good, and good evil;
Who put darkness for light, and light for darkness;
Who put bitter for sweet, and sweet for bitter!

Woe to men mighty at drinking wine,
Woe to men valiant for mixing intoxicating drink,
Who justify the wicked for a bribe,
And take away justice from the righteous man!” (Isaiah 5:20-23)

As a saturated sponge, we are totally consumed by sinful deeds in this land … the land that once served Almighty God. Instead of the pure water from on high filling our souls, we have soaked up all the dregs of Satan’s sewers. Our lips speak blasphemies, and our actions mock the very God who could destroy us all in hell, if He so chose. (Matthew 10:28)

The wisest man who ever lived, Solomon, had this to say:

“Let us hear the conclusion of the whole matter: Fear God, and keep his commandments: for this is the whole duty of man.” (Ecclesiastes 12:13)

To the contrary, most in our society seem to have, or at least they display, an obnoxious audacity against God. Society looks toward Heaven with clinched fists and a smirk, cursing the very God they say they don’t believe in in the first place. They want no evidence of God (although it’s all around them, Romans 1:18-21), so they dismantle everything that is Christ related. They hate and ridicule His people, wishing they would just go away, and they will eventually get their wish (Rapture).

We, as a society, treat God as a feeble, white-haired, senile old man that puts His stamp of approval on all our sins. The Son of God, Jesus, who is God in the flesh, is portrayed as a wimpy love-child (we used to called them beatniks) who welcomes any and all into Heaven, even those who want nothing to do with Him. In my opinion, our 21st century society is more antagonistically disrespectful of the one and only true God than any before us.

Yet those who really know Him bow before Him as Savior and Lord. His love is shown by His own sacrifice for those who will come to Him to be saved from sin. In the same breath, He is God and demands our respect. Why hasn’t He brought down justice upon this world? He will. It is commonly referred to as the Tribulation. Thankfully, He is patient, not willing that any should perish (2 Peter 3:9), but those who rally against Him will perish in due time.

Following are just a few examples of true humility from men who beheld their own wretchedness in the light of God’s glory.

“So I said: “Woe is me, for I am undone! Because I am a man of unclean lips, And I dwell in the midst of a people of unclean lips; For my eyes have seen the King, The LORD of hosts.”” (Isaiah 6:5)

“Therefore I was left alone when I saw this great vision, and no strength remained in me; for my vigor was turned to frailty in me, and I retained no strength.” (Daniel 10:8)

““And the tax collector, standing afar off, would not so much as raise his eyes to heaven, but beat his breast, saying, ‘God, be merciful to me a sinner!’” (Luke 18:13)

Jesus reminds us through the apostle Paul, “So then each of us shall give account of himself to God.” (Romans 14:11-12)

Then He makes it very clear, in this passage from Isaiah, who He is:

“For thus says the Lord,
Who created the heavens,
Who is God,
Who formed the earth and made it,
Who has established it,
Who did not create it in vain,
Who formed it to be inhabited:
“I am the Lord, and there is no other.

I have not spoken in secret,
In a dark place of the earth;
I did not say to the seed of Jacob,
‘Seek Me in vain’;
I, the Lord, speak righteousness,
I declare things that are right.

“Assemble yourselves and come;
Draw near together,
You who have escaped from the nations.
They have no knowledge,
Who carry the wood of their carved image,
And pray to a god that cannot save.

Tell and bring forth your case;
Yes, let them take counsel together.
Who has declared this from ancient time?
Who has told it from that time?
Have not I, the Lord?
And there is no other God besides Me,
A just God and a Savior;
There is none besides Me.

“Look to Me, and be saved, All you ends of the earth!
For I am God, and there is no other.

I have sworn by Myself;
The word has gone out of My mouth in righteousness,
And shall not return,
That to Me every knee shall bow,
Every tongue shall take an oath.

He shall say, ‘Surely in the Lord I have righteousness and strength.
To Him men shall come, And all shall be ashamed
Who are incensed against Him.” (Isaiah 45:18-24)

I close with these words from James and the apostle Peter.

“Therefore humble yourselves under the mighty hand of God, that He may exalt you in due time, casting all your care upon Him, for He cares for you.” (1 Peter 5:6-7)

Rightly Dividing The Word Of Truth

What are the 7 Dispensations?

What are the 7 Dispensations? A Bible Study by Jack Kelley I’ve been answering questions…