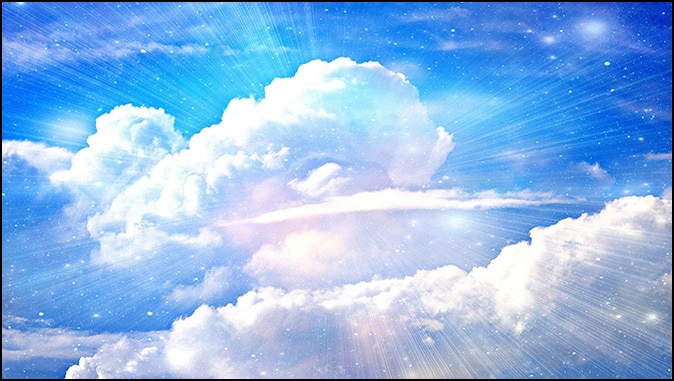 Our Heavenly Body
By Jack Kelley

Recently I had someone object to my belief that Jesus was referring to our eternal home in the New Jerusalem when He said this. This person’s opinion is that Jesus was talking about our post resurrection body and he cited 2 Cor. 5:1-2 in support of it.

When I looked up the Greek text of John 14:2, I found that the word “rooms” (mansions in the KJV) is a translation of a Greek word that means “a dwelling, or abode”.

To be fair, the word “dwelling” also appears in some English translations of 2 Cor. 5:2 but it’s translated from a different Greek word. It’s also clear that Paul was speaking metaphorically in 2 Cor. 5 because he referred to our earthly body as a tent (temporary) but our heavenly body as a house (permanent).

I don’t think the person who posted the objection was persuaded to my point of view, and I know I wasn’t persuaded to his, but that’s not the point of this study. What I want to do is explore 2 Cor. 5:1-10 in a little more depth because reading it again reminded me of some really interesting information about what’s in store for us. Let’s take it a verse or two at a time.

An Earthly Tent And A Heavenly House

“For we know that if the earthly tent we live in is destroyed, we have a building from God, an eternal house in heaven, not built by human hands” – (2 Cor. 5:1).

Right away we can see that Paul was using terms for dwelling places to represent our bodies. Most of us don’t live in tents, and even if we do our earthly home does not have to be destroyed before we can go to our heavenly one. But our earthly body, which is the temporary home of our spirit, has to give way to our heavenly body in order for our spirit to receive its permanent home. For most, the earthly body will die and return to dust, and the heavenly body will replace it at the resurrection. But for one group, the earthly body will simply be transformed into the heavenly one at the rapture of the Church (1 Cor. 15:51-53).

“Meanwhile we groan, longing to be clothed instead with our heavenly dwelling, because when we are clothed, we will not be found naked.” – (2 Cor. 5:2-3)

When believers die their spirits go directly to be with the Lord (2 Cor. 5:6-8, Phil 1:22-24), while their earthly bodies are buried in the ground and quickly return to dust. At the time of their resurrection they will be given new heavenly bodies while we who are still living will be changed from mortal to immortal and together we’ll all go with the Lord to His Father’s house (1 Thes. 4:16-17).

In the mean time these spirits feel like a part of them is missing, as if they are naked (Greek: without a body). They long for the time when they’ll be clothed in their heavenly bodies. I believe this is because we can only experience the full extent of the blessings of our eternal life as physical beings.

“For while we are in this tent, we groan and are burdened, because we do not wish to be unclothed but to be clothed instead with our heavenly dwelling, so that what is mortal may be swallowed up by life” – (2 Cor. 5:4).

In this verse Paul added clothing as another metaphor. As physical beings we don’t look forward to dying, because that will be like being naked. What we look forward to is being raptured, because that will be like having our old set of worn out clothing instantly changed into a new and much better set that will never wear out. Richer fabric, perfect fit, extremely comfortable; clothes we have always been meant to wear.

The Old Has Gone, The New Has Come

“Now the one who has fashioned us for this very purpose is God, who has given us the Spirit as a deposit, guaranteeing what is to come” – (2 cor. 5:5).

God began with us as we were and through the cross fashioned us into someone else. “When you were dead in your sins and the uncircumcision of your sinful nature, God made you alive in Christ” (Ephes 2:13). His very purpose in doing this is so we can be clothed in our heavenly body.

The craftsman will never again think of the table leg as a random piece of wood. He now thinks of it as something he made. In the same way God will never again think of you as you used to be. He now thinks of you as a new creation in Christ. To Him, the old you has gone and the new you has come (2 Cor. 5:17). Then He put His Spirit in you as a deposit guaranteeing that this will happen.

“Therefore we are always confident and know that as long as we are at home in the body we are away from the Lord. For we live by faith, not by sight. We are confident, I say, and would prefer to be away from the body and at home with the Lord” – (2 Cor. 5:6-8).

The confidence Paul spoke of comes from knowing that even though we are still in our earthly body, our destiny is to be with the Lord in our heavenly body. Therefore we live by what we believe to be true, not by what we see. No earthly event can shake us because by faith we know what is coming. No matter who is in office, no matter what laws get passed, no matter how much of its value our money has lost, no matter what this dark and dying world thinks of us, we know what the outcome will be because the one who fashioned us for this very purpose is God.

“So we make it our goal to please him, whether we are at home in the body or away from it. For we must all appear before the judgment seat of Christ, so that each of us may receive what is due us for the things done while in the body, whether good or bad” – (2 Cor. 5:9-10).

Whether we are dead and gone or alive and well our goal is to please God. The judgment seat of Christ is also called the bema seat judgment. (The Greek word “bema” simply means “judgment seat”.)

This judgment will take place after the rapture/resurrection so it doesn’t have anything to do with our salvation. Everyone there will be saved and in the presence of the Lord forever.

It will concern what we did for the Lord during our Christian life here on earth. In 1 Cor. 3:10-15 Paul said the Lord will divide the things we did into two groups. One group will be compared to gold, silver and precious gems; things that have value. In 2 Cor. 5:10 these things are called “good”. The other group will be compared to wood, hay, and stubble, things only suitable for burning in the judgment fire. These are called “bad” in 2 Cor. 5:10.

In his summary statement of this judgment Paul said, “If it (what we’ve done) is burned up he will suffer loss; he himself will be saved, but only as one escaping through the flames” (1 Cor. 3:15).

Taken together, these two passages confirm that the judgment seat of Christ is not for the purpose of reviewing every good or bad thing we’ve ever done, it’s for the purpose of identifying which of the things we’ve done qualify for special recognition.

In John 15:5-6 Jesus said if we remain in Him and He in us we will bear much fruit; apart from Him we can do nothing. He said those who don’t remain in Him are like branches that are thrown away and wither. Such branches are thrown into the fire and burned up.

Some see this as a passage that denies OSAS, thinking that if we don’t remain in Jesus He will throw us into the fires of judgment. They don’t understand that Jesus wasn’t talking about salvation here because salvation is not a fruit bearing event. It’s what we do after being saved that determines whether we bear fruit or not. He was talking about what we do with our life as a believer.

In order to bear fruit as a believer we have to remain “in Him”. That means we have to see Him as our Lord, not just our Savior, and submit to His direction for our life. By remaining in us Jesus was referring to the supernatural power He makes available to believers. Many of us have experienced this power when by yielding our will to his and placing the outcome of an action in His hands, we’ve enjoyed a result that surpassed our human capacity to produce. Adopting this as a lifestyle will make our Christian life fruitful beyond anything we could have done on our own.

In contrast, going off on our own can produce nothing of value to the Kingdom. No matter how great the results of our actions look in human terms, the Lord sees the things we do apart from His guidance and His strength as nothing more than withered branches, suitable only for the fire.

When I compare John 15:5-6 to 1 Cor. 3:10-15 and 2 Cor. 5:10 I conclude that when we’re before the judgment seat of Christ it won’t be the results we produce as believers that will matter. It’s the motives behind them that will be judged. Things done at the Lord’s direction and in His strength will be like gold, silver and precious gems in his eyes. Those done out of our own volition and in our own strength will have no value.

“Therefore judge nothing before the appointed time; wait until the Lord comes. He will bring to light what is hidden in darkness and will expose the motives of the heart. At that time each will receive their praise from God.”

It also explains why discovering God’s will for our lives requires that we first offer ourselves as living sacrifices, holy and pleasing to God, and that we stop conforming to the pattern of this world, allowing ourselves instead to be transformed by the renewing of our mind (Romans 12:2). Only by doing that can we remain in Him and He in us.

In summary, there’s a heavenly body awaiting us. It’s the permanent home for our spirit, to replace this temporary earthly one. God has fashioned us into a new creation for the express purpose of inhabiting it, and sent his Son to die for our sins to make it possible. Or as some one said, “The man from Heaven became outfitted for Earth so men from Earth could be outfitted for heaven.” Selah.

The Sower And The Seed