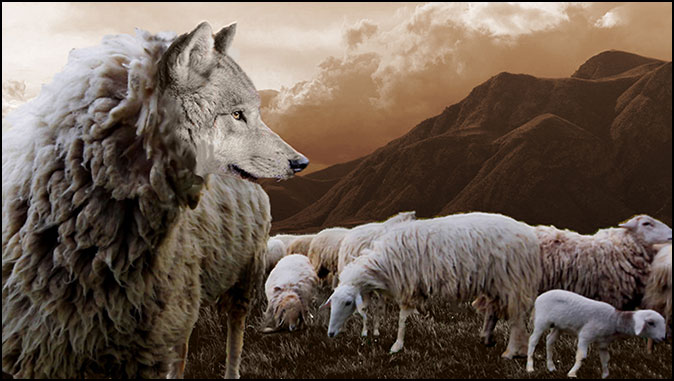 The Great Apostasy
By Jack Kelley

“Don’t let anyone deceive you in any way, for that day will not come until the rebellion occurs and the man of lawlessness is revealed, the man doomed to destruction.” – 2 Thes 2:3

In the King James, the Greek word translated “rebellion” above is rendered “falling away.” The actual Greek word is “apostasia” from which we get the English word “apostasy”. This word is most often used to describe the departure from one’s religion. It’s when someone says they believed in a particular religion in the past, but later left that religion, and said they either no longer, or never did, believe in it.

Because Paul said this apostasy would precede both the Day of the Lord and the public introduction of the anti-Christ, many students of prophecy are trying to determine whether Paul’s prophecy has been or is being fulfilled.

In reality it’s not as simple as it seems for two reasons. One is that the apostates of today still see themselves as believers in Christ, and don’t feel they’ve left the religion. The other is that the apostasy has been going on a lot longer than most people realize.

You Must Be Born Again

For example, the Bible says we must be born again in order to see the kingdom of God (John 3:3). I know the phrase “born again” carries negative connotations in some “Christian” circles, so let’s define what it means.

John 1:12-13 says that to those who received the Lord and believed in His name He gave the right to become children of God – children born not of natural descent nor of human decision or a husband’s will, but born of God.

In John 3:5-6 Jesus equated being born again with being born of water and of the Spirit. Since we all spend the first nine months of our existence in a sac of amniotic fluid that is very similar in composition to sea water, we are all born of water. This is what John had called being born of natural descent or of human decision or a husband’s will in John 1:12-13.

Being born of the Spirit takes place when we believe we are a sinner in need of a Savior and that Jesus came to Earth to die for our sins. Paul said at that moment we are marked in Him with a seal, the promised Holy Spirit, who is a deposit guaranteeing our inheritance (Ephes. 1:13-14). In God’s view we immediately become a new creation that replaces the old one (2 Cor. 5:17) and receive the full rights of a child of God (Galatians 4:4-7). This is what being born again means.

For most of its 2,000 year history the great majority of Christians have believed this basic tenant of our faith, but sadly that is no longer the case. According to a recent poll by the Barna Group, in the US only about half of those who claim to be Christians also identify themselves as being born again.

It’s hard to say when this apostasy began because it’s been happening gradually, but it can probably be traced to the decision by the formerly great main line denominations to replace being born again with membership in a local congregation as the condition for receiving salvation. This happened after theological liberalism began invading American seminaries in the early 20th Century. The deity of Jesus, the inspiration of Scripture, the existence of Hell, the Lord’s claim to being the only way to salvation and other traditional Christian beliefs were also called into question. The late Dr. Walter Martin said this is how theological liberalism eventually became a cult.

Because of that we now have a couple of generations of good people who attend church regularly and call themselves Christians but don’t meet the requirement of John 3:3 to have eternal life. They can’t really be called apostates because they never left the faith they came into. It’s the liberal denomination they belong to that has become apostate.

The true believers among them eventually left these denominations in search of a church that still believes what the Bible teaches. But they weren’t falling away from the faith, they were falling toward it. The “Jesus movement” of the 1970′s was probably the most concentrated exodus from the denominations. Most of the ones who stayed where they were had always been Christians in name only and were happy where they were.

On the other side of the coin we have the Evangelical churches, many of which are non-denominational. They’re the ones the true believers came to after leaving their apostate denominations. Over the years they’ve attracted more people and even though they have consistently taught about sin and salvation, and the need to be born again, some responded and some didn’t.

The ones who didn’t got tired of hearing the salvation message and began drifting away to the emerging churches where sin and salvation aren’t talked about so much and where attending church was more exciting to them. When they got there they joined up with the children of the remaining Christians in name only from the denominations, who had left because they didn’t think the religion of their parents was relevant. (At least they were right about that.)

The emerging church movement talks about the need to be followers of Christ, not just believers, and places great emphasis on the so-called social gospel. Their leaders tap into the youthful energy of their followers with endless ministry programs that keep the membership busy and fulfilled. The fact that many of their “Christ followers” aren’t saved doesn’t seem to trouble them.

That brings us back to the definition of apostasy. Remember, apostasy is when someone says they believed in a particular religion in the past, but later left that religion, and said they either no longer, or never did, believe in it.

But for the most part, when the liberal denominations went apostate the pastors and members who stayed never did believe in the need to be born again. It was the true believers who left.

The opposite was the case with the evangelical churches. Most of those who left to join the emerging church never did believe in the need to be born again either. It was the true believers who stayed.

But the end result was the same. Whether they stayed as in the first case, or left as in the second, they weren’t falling away from their faith, because it was a faith they had never embraced. Remember, Paul quoted the Holy Spirit in saying that in later times some would abandon the faith and follow deceiving spirits and things taught by demons (1 Tim. 4:1) He didn’t say “their faith” which would have implied it was something they personally held, but “the faith”, meaning the faith held in common by born again believers.

And in 2 Timothy 3:5 he said these people will have a form of godliness but will deny its power. This describes the Christians in name only, since no born again believer can deny the power of God in their lives.

How Do You Know These Things?

How can we be sure that true believers are not abandoning their faith? First, we’ll look at a couple of overview statements. In John 5:42 Jesus said,

“Very truly I tell you, whoever hears my word and believes him who sent me has eternal life and will not be condemned but has crossed over from death to life.”

Put into the shepherd/sheep analogy, if we ask to join the Father’s flock, He will entrust us to the care of His son, the Good Shepherd, who has promised not to drive any of us away or lose any of us. That means even if we wander off, as sheep are prone to do, He will go after us and bring us back (Luke 15:3-4).

Finally, in John 10:27-30 Jesus said no one could snatch us out of either His or His Father’s hand. (It doesn’t say no one but us.) Everyone who joins the Father’s flock is part of that flock forevermore. Paul explained how this happens.

Remember, in Ephesians 1:13-14 he said we were included in Christ when we heard the gospel of our salvation and believed it. At that time we received the seal of the Holy Spirit as a deposit guaranteeing our inheritance. There’s not a word anywhere in the New Testament about the seal being broken, or the deposit being returned, or the inheritance being canceled, and here’s why.

In 2 Cor. 1:21-22 he said it’s God who makes us stand firm in Christ. He anointed us, set His seal of ownership on us and put His spirit in our hearts as a deposit, guaranteeing what is to come. So it’s God who bought us, and the price He paid was the blood of His Son (1 Peter 1:18). The Creator of the Universe has made us His own and the decision is irreversible.

“I have revealed and saved and proclaimed I, and not some foreign god among you. You are my witnesses,” declares the Lord, “that I am God. Yes, and from ancient days I am he. No one can deliver out of my hand. When I act, who can reverse it?” – (Isaiah 43:12-14)

As the tide of public opinion turns against the acceptability of being a Christian, two things are happening. Those who are truly born again are moving closer to God and to each other, and those who are Christian in name only are embracing the ways of the world and completing their move away from the faith they never embraced. This is the Great Apostasy.

Sifting Peter By Jack Kelley "Simon, Simon, Satan has asked to sift you as wheat.…