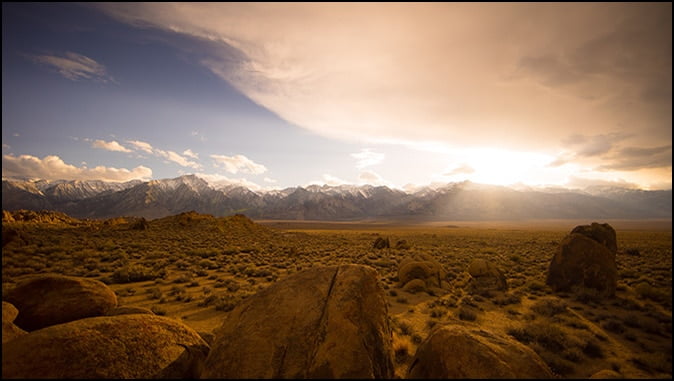 At first it seemed rather odd to me. A Facebook discussion on prophecy ended with a man praising the church. Although I forget most Facebook comments I read, this one has stuck with me for several years.

Why was he ascribing glory to the church in support of his belief that Jesus had already returned in 70 AD? Though it may not have been his intent, he exalted the body of Christ over its Head.

Since that time, I have often thought about how false teaching regarding the end times diminishes the glory of God. Jesus’ ultimate display of power and magnificence comes when He returns to wrest the kingdoms of the world away from the grip of Satan and establish His kingdom reign over the nations of this world. Yet so many teachers and pastors rob Jesus of this glory by denying the truths of the millennium, Jesus’ thousand year reign as described in Revelation 20:1-10.

As I contemplated the matter further, I realized my own guilt in this matter. But first, let’s look at how certain teachings regarding the end times rob the Lord of glory.

God Displays His Glory by Revealing the Future

Some estimate that as much as one third of the Bible is prophecy. Most Bible-believing Christians agree the Old Testament contains many prophecies concerning Israel and the surrounding nations that reached fulfillment either during the life of the prophets or afterward. And, there’s little disagreement among the saints regarding the ancient predictions of the first coming of Jesus.

A battle rages, however, when it comes to biblical prophecies regarding the future of Israel and Jesus’ future rule of the kingdoms of this world.

This dearth of remaining unfulfilled prophecy contradicts what God said about Himself in Isaiah 46:8-13, “I am God, and there is none like me, / declaring the end from the beginning / and from ancient times things not yet done, / saying, ‘My counsel shall stand, / and I will accomplish all my purpose’” (vv. 9d-10). Revealing future events from the distant past is an essential aspect of God’s character. Why would He leave us with so little information regarding the end of the age if the Tribulation and Jesus’ Second Coming to establish His kingdom are not true?

Those who regard vast sections of Old Testament prophecy and much of the book of Revelation as allegory rob God of His glory that comes from His ability to declare “the end from the beginning.” Verse 13 confirms that this all about the Lord and His glory, “I bring near my righteousness; it is not far off, / and my / salvation will not delay; / I will put salvation in Zion, / for Israel my glory.”

God displays His glory by predicting events in the distant future. Those who dismiss His ancient prophecies regarding Israel and Jesus’ kingdom diminish this glory.

God Vindicates His Holiness by Keeping His Promises

Many theologians tell us that God has rejected Israel. The Danish Bible Society just published a translation of the New Testament that eliminates all references to Israel. This effort, on behalf of the Lutheran church, endorses the false belief that God has replaced Israel with the church.

Those who deny Israel’s future glorious kingdom look at prophecy through the eyes of symbolism rather than the way the Old Testament prophets intended or the way those who heard them preach would have understand their words.

I believe this allegorical approach to Scripture robs God of glory. In Ezekiel 36:22-24, the Lord reveal His motive for blessing Israel in the future:

Ezekiel 36:25-38 describes how God will restore Israel to her Land and bless her in ways of which we see the beginnings of today. The restoration of a nation to Israel is just the beginning of the role Israel will play in the future.

And although the Lord has redeemed a remnant of the Jewish people, most living descendants of Jacob either reject all of Scripture or remain constrained by ancient Judaism, which does not recognize Jesus as the Messiah.

Why, one might ask, would God restored a glorious kingdom to Israel and bless them throughout the millennium and eternity in spite of the fact that for the most part they continue to reject Jesus? It’s because of the covenants He made long ago with the likes of Abraham, Isaac, and Jacob. Negating these covenants and numerous other promises in Scripture would result in a serious violation of His character and holiness. In other words, He will do so to show off His glory to the nations.

It’s all about God’s glory as One who never negates His covenants.

Jesus Will Receive Glory as the Ruler of the Nations

All the various theologies that deny the future existence of a restored kingdom to Israel have one thing in common: they deprive Jesus of His future glory as judge and ruler of the all nations.

Revelation 19:11-20:6 depicts Jesus’ triumphal return to earth where He defeats the armies of Satan’s kingdom and sets up His one thousand year rule over the nations or what we refer to as the millennium. The Psalmist wrote this about that glorious moment, “The LORD reigns; let the peoples tremble! / He sits enthroned upon the cherubim; let the earth! / The LORD is great in Zion; / he is exalted over all the peoples” (Psalm 99:1-2). In Psalm 86:9 we read this, “All the nations you have made shall come / and worship before you, O LORD, / and shall glorify your name” (Psalm 86:9).

Glory thieves deprive Jesus of the worldwide praise He will receive as King during His millennial reign.

Many glory thieves make the church worthy of kingdom praise by bestowing the millennium on the body of Christ either now or in the future. Others diminish Jesus’ glory by making the millennium synonymous with the eternal state, which contradicts what Jesus revealed to the Apostle John in Revelation 20:1-21:1.

These false teachers ignore the day of the Lord prophecies that include God’s outpouring of wrath on the world that leads to the salvation of Israel and further demonstrates His glory in defeating all the forces of this world currently arrayed against the Savior.

They rob the Lord of the glory He will someday receive from the tribulation saints (Rev. 7:9-17) as well as from the justice of His cause as seen in the refusal of most who will refuse to repent despite the display of His power in judgments of the tribulation and the worldwide proclamation of the Gospel.

God Receives Glory when we Make Our Lives all About Him

I wish I could write this article as one who consistently makes my life all about Jesus and His glory, but I cannot.

I frequently sense my need to give my ministry back to the Lord during my morning quiet times with Him. It’s so easy to get wrapped up in numbers rather than in serving and letting Him take care of everything else.

The nature of my writing leads to many negative responses from those who disagree with me, to put it mildly. As of late, I sense the Holy Spirit cautioning me about responding with a motive to prove myself right rather than defend the words of Scripture and the future glory Jesus will receive beginning with the rapture.

It’s easy for me to see how the various false teachings regarding the future of Israel take glory away from the Father and the Son. They turn prophecy upside down by transferring future kingdom glory to the church. They turn the millennium inside out by either saying it’s happening now or identifying it with the eternal state.

Yes, they are glory thieves.

But what I have learned from writing this article is that I possess the same tendency. I take away from His glory when I suppose my life or ministry is all about me rather than the One to who has called me to write and apart from Whom my words will fall flat.

Someday soon, all of us who are in Christ will all be with Jesus, share in His glory, and fill the heavens with praise for all He accomplished both in us and through us. We will see with clear eyes that our lives were all about Him and recognize the glorious purposes He has in store for what He allowed to come into our lives during our sojourn on earth. We will revel in His kindness to us as His dear precious children.

In the meantime, we trod forward in what John Eldredge refers to as “this vale of tears” waiting for the sound of the trumpet and the upward call of the Savior. It’s not easy waiting and we fight he tendency to make this life all about ourselves, but once with Jesus we will see that it was well worth the wait and then we will forever praise Him.

Wake Up And Smell The Coffee

By Jack Kinsella I used to know a fellow, let's call him "Bill" who was…

The Mighty Angels of Daniel 11: Times of the Gentiles

The Mighty Angels of Daniel 11: Times of the Gentiles By Nathan Jones Times of…

So, What Do We Talk About

So, What Do We Talk About By Ronald Graham "Whoso keepeth his mouth and his…

God and the Jews

God and the Jews Why does God seem to be so obsessed with the Jews?…

We Are All Barabbas