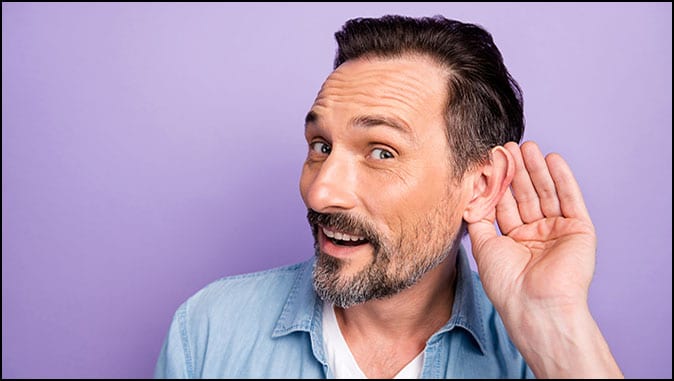 He Who Has Ears, Let Him Hear
By Jack Kelley

This phrase appears 7 times in the gospels; 8 if you count Mark 4:23. (Most modern translations omit that one.) Two are duplicates of Matt 13:9 having to do with the Sower and the seed. A variation, “he who has an ear” appears 7 times in Rev 2-3, and another version, “let the reader understand” appears in Matt 24:15. These words, only used by the Lord, seem to underscore something important. It’s as if He’s saying, “Pay attention now. This part is not optional.” Adding them up gives us 14 passages that are required understanding for the believer.

Let’s Take A Look At What They Say

In Matt 11:14-15, the Lord informed Israel that if they chose to accept John the Baptist as “the Elijah who was to come” then he would be. The implications of their choice were staggering, requiring that Jesus be accepted as their Messiah as well, since the mission of Elijah was to herald the coming Messiah. Had this happened, all of Israel’s Kingdom promises would have begun to come true. Israel’s leaders rejected both John and Jesus, and the result was a 2000 year pause in the fulfillment of Israel’s destiny.

In Matt 13:9, Mark 4:9, and Luke 8:8 the subject is the Sower and the four soils, which the Lord identified as a parable about His Word in the church age and the opposition it will encounter. The opposition obviously includes Satan, but also some ordinary people who refuse to become knowledgeable about His word, being too preoccupied with various earthly circumstances. Having chosen to place their emphasis on the things of this world, He proclaimed, many will find the next one to be distinctively not to their liking.

More Cause and Effect

In Mark 4:23 the subject is the revelation of things hidden, and the relationship between considering and understanding. There’s a connection here with the references above because the Lord clearly identified the cause and effect relationship between the effort we put forth in study and the depth of understanding we’ll attain. Every detail of God’s plan will be revealed, but only the diligent student will comprehend.

“Consider carefully what you hear,” he continued. “With the measure you use, it will be measured to you–and even more. Whoever has will be given more; whoever does not have, even what he has will be taken from him.” With the measure you use (time and effort in study) it will be measured to you (level of comprehension) Mark 4:24-25.

Mark 7:16, where the phrase is omitted in modern translations, has to do with clean and unclean foods. The Lord declared all foods clean and the heart of man incurably unclean, and warned us again that spiritual cleanliness is a matter of the heart, not of behavior. It’s another application of a principle we’ve discussed before. That which is physical and external in the Old Testament becomes spiritual and internal in the New Testament.

Luke 14:35 is a parable about salt and saltiness. Salt was a preservative; retarding the effect of spoilage in the age before refrigeration. In the parable it’s a model of the church. If salt loses its saltiness it’s useless. It has no other purpose. If the church loses its preservative nature, no longer retarding the spoiling effect of sin in the world, it too becomes useless. As He predicted, becoming too immersed in the things of this world has rendered the latter day church all but ineffective in retarding the spoilage of the world due to sin.

Church History According to Jesus

The 7 references in Revelation 2-3 also describe the church age. Each follows an admonition to a group claiming to be part of the church. To those caught up in organized religion, He warns, “Come back to your first love”. (Rev. 2:5) To those suffering persecution, He admonishes, “Be faithful.” (Rev. 2:10) To those practicing idolatry, He commands, “Repent.” (Rev. 2:16) To those wrapped up in cult-like systems, He threatens repayment according to their deeds (Rev. 2:22). He accuses main line denominations of being spiritually dead (Rev. 3:1), comforts evangelicals with the promise of His return for them (Rev. 3:10), and condemns apostates to eternal loss (Rev. 3:16). For each group a clear choice is given and each group is admonished to comprehend it.

The Times of the End

Finally, the variation “Let the reader understand” in Matt 24:15 concerns events that signal the end of the age. Here the Lord commanded us to understand eschatology; the study of the end times. The sad fact that so-called theologians have made this a controversial issue is no excuse. He wouldn’t require you to understand with out giving you the capacity to do so (review Mark 4:23-25). Failure to do this, He implied, will result in us being mistaken about the purpose of those events, and woefully ignorant concerning the signs of His return. And so we are.

In each case, those being addressed are offered a clear choice, consequences are foretold, and a commandment to understand is given. It is as clean cut a model as you’ll find anywhere in Scripture of the basis on which the Lord has determined to relate to us. Whether we’re a part of Israel, the Church, or the World, the underlying principle is choice.

Ultimately the consequences of our choices can be a matter of life or death. We will either say to Him, “Lord, Thy Will be done” and accept His offer of eternal life with Him, or He will say to us, “mankind, thy will be done” and send us to a place where we’ll never have to hear His voice again.

Pray for the Peace of Jerusalem

Pray for the Peace of Jerusalem By Jack Kelley Right from the beginning, most informed…

Victory in Failure By Karen McQuillan In John chapter 21, the Bible tells us about…