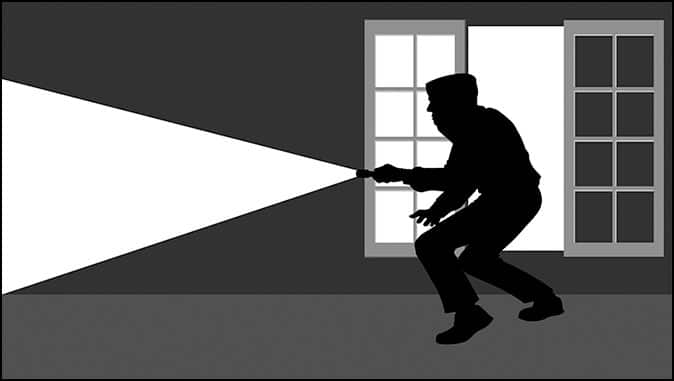 The practice of allegorizing prophetic texts not only diminishes the integrity of Scripture (see my previous post), but it also changes the biblical perspective of eternity into something far less glorious. To understand how glory thieves steal our joyous anticipation of paradise, let’s go back in time to when allegory first became a way to interpret the Bible.

It began with Philo, an Alexandrian Jew who lived during the time of Christ. He admired the teachings of the pagan philosopher Plato who taught that all matter was evil and only the spirit or immaterial realm was good.

Unfortunately, Philo’s use of allegory later spread to a couple of early church theologians who also lived in his hometown of Alexandra.

The Usage of Allegory Spreads to the Early Church

In the second century AD, Clement and Origen adopted Philo’s allegorical approach to Scripture. Clement (AD 150-215) “embraced Greek philosophy and maintained that Scripture must be understood allegorically so as not to contradict it.” Origen (AD 185-254) used allegory to make biblical prophecy comply with Plato’s dualism, which stated that only the spiritual realm was good.

Origen dismissed the idea of a physical millennium because its promised material blessings contradicted the teachings of Plato. He thus abandoned the words of Scripture so as not to contradict the pagan philosopher.

Origen also advocated reincarnation through which he believed that everyone, without exception, would receive eternal life in the end. The church Council of Nicea, which met in in AD 325, condemned the teachings of Origen and affirmed the place of the book of Revelation in the New Testament in direct contradiction to Origen’s rejection of Jesus’ thousand-year reign before the eternal state.

The ancient Syrian School of Antioch, on the other hand, championed a “literal and historical interpretation” of Scripture. Those who belonged to this group of early church theologians vigorously opposed the allegorical approach to Scripture of Clement and Origen, which they claimed, “reinterpreted Christian doctrine in terms of Platonic philosophy.” The majority of early church fathers rejected the allegorical interpretations fostered by the Alexandrian School choosing instead to interpret prophecy literally and according to the intent of the author.

As a result of this emphasis on the words of Scripture, the belief in a literal and future thousand-year reign of Jesus dominated the church until the early fifth century.

Although the Nicean Council condemned the beliefs of Origen, his use of allegory later inspired a more capable theologian who revived his amillennialism. Tragically, under the influence of Augustine, this errant view of the end times dominated the church for over a thousand years.

Although Augustine claimed to disagree with Plato on most key issues, he nevertheless incorporated the pagan philosopher’s scheme of reality into his theology. He regarded Christianity as an improvement on the teachings of Plato, but that did not keep him from accepting the dualism of the pagan philosopher that regarded the material world as evil.

Augustine said the idea of a millennium “would not be objectionable” if somehow “the nature of the millennial kingdom was a ‘spiritual one’ rather than a physical one.” He objected to the thoughts of “carnal banquets,” which he visualized as a part of such a kingdom. Do you see how Augustine allowed the teachings of Plato to turn something good, our future festive celebrations with Jesus, into something bad that he needed to reinterpret so as to not contradict his false view of spirituality?

Augustine’s usage of allegory tore a hole the fabric of Scripture that continued to grow until it contaminated the purity of the Gospel by making the believers’ final standing before God based on one’s good works rather than solely dependent on Jesus’ righteousness.

The Reformers Retain the Amillennialism of the Dark Ages

Although the Reformers mended part of this tear by reaffirming the biblical doctrine of justification by faith alone, they failed to repair the damage caused by the introduction of Plato-driven, allegorical interpretations of Scripture in regard to biblical prophecy.

Both Luther and Calvin rejected the use of allegory for passages dealing with the Gospel; however, they did not shake off the influence of Plato and thus continued the Roman Catholic rejection of God’s promise to restore a glorious kingdom to Israel.

In his commentary on Acts 1, Calvin wrote this regarding the question of the disciples in verse 6:

“There are as many errors in this question as words. They ask him as concerning a kingdom; but they dream of an earthly kingdom, which should flow with riches, with dainties, with external peace, and with such like good things; and while they assign the present time to the restoring of the same…They are also greatly deceived herein, in that they restrain Christ’s kingdom unto the carnal Israel, which was to be spread abroad, even unto the uttermost parts of the world.”

Do you recognize the influence of Plato in the above commentary? Jesus’ response to His disciples contradicts Calvin’s false assessment of the disciples motives. The Lord said that they only erred in regard to the timing of the kingdom, not in regard to Israel’s future restoration (Acts 1:7).

E. J. Hutchinson, in his article Calvin’s Plato, cited several of John Calvin’s references to Plato. He summarized his findings with these words, “In conclusion, Calvin makes regular use of Plato’s philosophy both in philosophical and in theological contexts. Far from being mere window-dressing, he often finds in Plato an argumentative ally against his contemporary opponents. Plato was, in other words, a living source of truth for Calvin.” And, I might add, his affinity for Plato played a role in his use of allegory to reinterpret the biblical promises related to the future restoration of Israel.

We see the same tendency with Martin Luther, a former monk who had once belonged to the Augustinian Order. Though not as pronounced as that of John Calvin, Luther nevertheless maintained a high regard for the teachings of Plato.

As a result of the continued influence of Plato, along with their strong antisemitism, the Reformers left in place the amillennialism of the Dark Ages based upon allegorical misrepresentations of biblical prophecy. As a result, the denominations that sprang from Luther and Calvin retained the Augustinian tradition of amillennialism based upon allegorical interpretations on biblical prophecy.

Standing Firm Against the Joy Robbers

At this point you might by thinking “So what!? What difference does all this make to me as a New Testament saint?” It matters greatly for the day in which we live.

The ongoing influence of Plato’s dualism in the modern church rips the heart out of one’s joyous anticipation of eternity. It robs believers of their imminent expectation of Jesus’ soon appearing as well as that of reigning with Jesus during the millennium. It makes our life after Jesus’ appearing seem far less “blessed” than how the Bible pictures it.

Some amillennial pastors say that the New Jerusalem of Revelation 21 is just a symbol of God’s presence on earth and not a real city. This turns the eternal state into something far less desirous than how Scripture portrays it and something the differs very little from our current lives.

Randy Alcorn, in his book Heaven, coined the word “Christoplatonism” to describe the ongoing influence of Plato on the church today.

In the quote below, Alcorn describes how Plato’s influence dims the outlook that many saints have for their future in eternity:

“Because of Christoplatonism’s pervasive influence, we resist the biblical picture of bodily resurrection of the dead and life on the New Earth; of eating and drinking in Heaven; of walking and talking, living in dwelling places, traveling down streets, and going through gates from one place to another; and of ruling, working, playing, and engaging in earthly culture.”

Perhaps the greatest myth of all regarding heaven is that it will be boring. Nothing could be further from the truth.

I love the way Randy Alcorn addresses this fallacy:

“Our belief that Heaven will be boring betrays a heresy—that God is boring. There’s no greater nonsense. Our desire for pleasure and the experience of joy come directly from God’s hand. He made our taste buds, adrenaline, sex drives, and the nerve endings that convey pleasure to our brains. Likewise, our imaginations and our capacity for joy and exhilaration were made by the very God we accuse of being boring. Are we so arrogant as to imagine that human beings came up with the idea of having fun?”

The reason that platonic amillennialism has damaged the church so severely since the time of Augustine is that it replaces our hope of a glorious eternity with a dull, at best, vision of eternity. As a result, it redirects the focus of believers to this life rather than eternity. Why should they live in anticipation of a future lacking in joy and rich fulfillment?

Please, do not let platonic depictions of eternity rob you of your joyous anticipation of eternity by turning the biblical picture of our glorious future into something drab that falls far, far short of the way the authors of Scripture described the millennium and the way that John pictured the eternal state in Revelation 21-22.

Furthermore, Jesus is preparing a place for us and will take us there when He appears (John 14:1-3). How can that be anything less than spectacular?