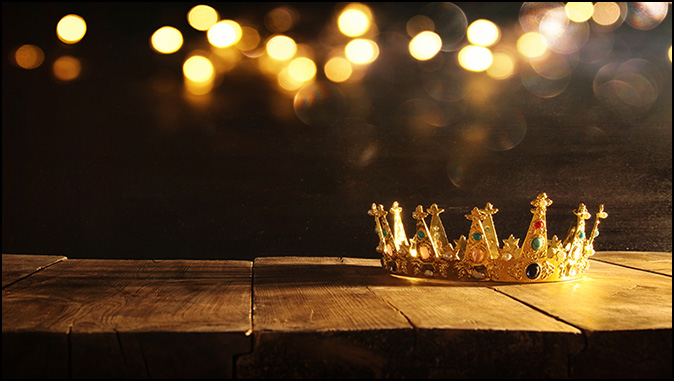 Competing For The Title “King Of The North”
By Jack Kelley

Note: This article was first written some years ago. The names of current leaders have changed, but the overall layout of the prophecy is still the same.

“At the time of the end the king of the South will engage him in battle, and the king of the North will storm out against him with chariots and cavalry and a great fleet of ships. He will invade many countries and sweep through them like a flood.” (Daniel 11:40)

According to Daniel 11 the End of the Age would see two Middle Eastern power blocks, which he called the King of the North and the King of the South, and both of them would challenge the anti-Christ for control of Jerusalem. Today, although they appear to be allies, two countries from the former Seleucid Empire, the first King of the North, are openly competing for the right to be the Bible’s End Times King of the North. They are Turkey and Iran.

The vision of the Kings of the North and South in Daniel 11 was given in 536BC and begins with an angel telling him what would happen to the Persian Kingdom, that had just conquered the mighty Babylon. He said after 3 more Persian Kings, a fourth would arise, an especially rich and powerful King. This Persian King, who we know as Xerxes I, took as his queen the Jewish woman Hadassah, called Esther in the Persian language (Esther 2:16-17). He put together a mighty army and mounted an unsuccessful attempt to conquer Greece in 480BC. About 150 years later the tables would be turned and a King from Greece would conquer the Persian Empire. (Daniel 11:1-3) This prophecy was fulfilled by Alexander the Great.

After Alexander’s death in 323 BC, the Greek Empire was broken up into four parts by the generals who had run his army (Daniel 11:4). Cassander, who was Alexander’s brother-in-law, took the home lands, Greece and Macedonia. Lysimachus took Thrace and Asia minor, which is roughly equivalent to Bulgaria and Turkey today. Seleucus got the area now occupied by Syria, Iraq, Iran, Afghanistan and Pakistan, and Ptolemy took Israel, Jordan, the Gaza Peninsula, and Egypt.

Within about 40 years Seleucus had regained the lands of Cassander and Lysimachus and controlled everything but Egypt, Jordan Gaza, and Israel. For the next 200 years or so the history of the known world was composed of the ongoing battles between the Seleucid Empire in the North and the Ptolemies in the South (Daniel 11:5-35). Looking back through history we can see that these 35 verses contain 135 prophecies, all of which were fulfilled by these two kingdoms just as the angel had foretold. Through out Daniel 11 they’re called the King of the North and the King of the South.

Beginning in Daniel 11:36, the balance of the chapter is devoted to things that are yet future to us as the Kings of the North and South return to the world stage for the grand finale, also known as the Great Tribulation.

Until recently it seemed like Syria and Iran would combine to take the title King of the North, but now there’s a new kid in town due to Turkish PM Erdogan’s vision of resurrecting the Ottoman Empire into the leader of the Moslem world. The Ottoman Empire ruled the region from the late 13th Century until World War 1.

Next to controlling Jerusalem, which is the ultimate prize, there are three qualifications to meet in a bid for this title. Being seen as the friend to the Palestinians and the enemy of Israel are the first two, and pushing the US around is the third. That’s why Iran muscled Saudi Arabia aside as the major supplier of money and arms for Hamas a few years ago, even though Hamas (Sunni) and Iran (Shiite) are not in agreement from a religious perspective. That’s why Ahmadinejad makes his outrageous statements against Israel, and that’s why Iran has positioned itself as the spoiler in any effort to achieve peace in Iraq and Afghanistan. One unintended consequence of American diplomatic policies toward Iran is that Pres. Ahmadinejad is now correct in saying that the only way for Pres. Obama to solve America’s problems in the Middle East is to enlist Iranian support.

This also explains why Turkey has made such a dramatic change of course. Signs of a coming change first appeared about the time of the war in Iraq when Turkey refused to allow US overflights for aircraft bombing Iraq. It became more obvious when Turkey criticized Israel’s retaliatory incursion into the Gaza strip to shut down the daily barrage of rocket fire into Israel. Then came several subsequent and highly publicized diplomatic offensives against the Jewish nation. And now there’s Turkey’s support of the bid to break the Gaza blockade, something that was totally unnecessary given the humanitarian objectives that were used as justification. Through all of this Turkey has had to defy US wishes and risk losing its long held status as the top western ally in the region, next to Israel.

News reports say support for Turkey is now at an all-time high in the Arab world. The last time Turkish flags were carried through the streets of Middle Eastern capitals was during the first world war, as people took to the streets in continued support for the Ottoman sultan-caliph against the western powers. Thanks to Turkish government support for the recent blockade-running mission, they are flying once again. Today, no ruling Arab leader is as popular as the Turkish prime minister, Recep Tayyip Erdogan.

Not to be outdone, Iran immediately announced its intention to provide naval support for the next batch of ships who try to break the blockade. Warships from Iran have already set sail to meet new blockade runners, due to arrive in the Eastern Mediterranean next week. Maybe the competition is heating up.

What About The Others?

At this point, no one is challenging Egypt’s position as King of the South, but Arab leaders in the region are very concerned that Turkey and Iran, both non-Arab nations, are enjoying such popularity with the masses. For several reasons they see Turkey as the lesser of two evils, so following the Arabic principle that “the enemy of my enemy is my friend” Saudi Arabia has taken the unusual step of publicly announcing it has opened an air corridor to help Israeli aircraft execute a bombing run on Iran’s nuclear facilities. The Saudis have even conducted air defense drills to make sure Israeli planes are not accidentally targeted when they pass through Saudi airspace. They’re all but begging the US and/or Israel to attack Iran, because as much as they dislike Israel, they are deathly afraid of a nuclear Iran.

According to Daniel 11:40, the King of the North and the King of the South will team up in an effort to prevent the anti-Christ from taking Jerusalem, which as I said is the ultimate prize. But he’ll defeat them both and take up residence in the Lord’s city as if to defy His right to it. It’s a losing strategy, of course, and the Lord will have him thrown into the lake of fire for it (Rev. 19:20).

Currently, the world still sees these two countries as part of the same team, and it’s still too early to guess which one will come out on top. But the first time I heard about PM Erdogan’s vision of a renewed Ottoman Empire, I knew that Turkey and Iran would eventually be competing with each other for the title of King of the North. You can almost hear the footsteps of the Messiah.